North Ryde Returned and Services League Club has applied to build 132 townhouses on three playing fields it owns, a move that has irked the City of Ryde.

The RSL club, with the Eastwood Rugby Club, wants the council to rezone the area around the TG Millner sports field in Marsfield to R2 low density residential, which would allow them to build apartments in what would be a $100-million development.

The request is still before Ryde’s planning department, but in a meeting late last month the city said it would take “the steps necessary to secure TG Millner Fields as green open space”.

A website featuring the proposal shows the development would include two-storey homes on what now playing fields, with new roads, public open space and a sports court which could be used for basketball.

The three playing fields date back to 1954 when land was acquired on Vimiera Road for the Eastwood Rugby Club. More land was added in 1967 increasing the site to about seven hectares.

Now, the North Ryde RSL Club—which bought the site from the rugby club in 2017—says they need the redevelopment because high running costs and low revenue has created an “unsustainable drain on the club’s resources”.

The change in use is made possible because of Eastwood Rugby Club’s planned relocation to a new sporting hub 13km away in Castle Hill.

“North Ryde RSL Club and Eastwood Rugby have gone to great financial lengths to keep the TG Millner Field alive with Eastwood Rugby struggling financially for more than 20 years and the (RSL club) investing significant funds since 2000 to keep the fields afloat,” the proposal said. 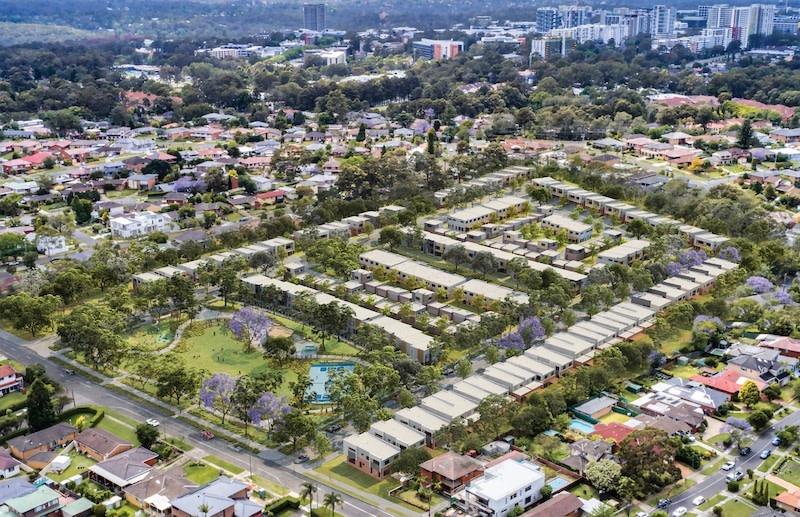 ▲ The RSL wants to turn the three playing fields over to townhouses.

The club points out the demand has declined for rugby facilities in Marsfield partly due to local demographics in the area, with 68 per cent of residents having “ancestry from countries where the sport of rugby does not register on the radar”.

The RSL says the site has reached the end of its life in terms of rugby and licensed club uses.

But Ryde’s mayor Jordan Lane says while the city is prepared to talk to the RSL about future plans for the area, “the council's position is that we need to preserve the open space”.

“In the last three or four years, the council has exceeded its housing target by 43 per cent.  There are chronic issues with social infrastructure, open space being one of them, if not the number one priority,” Lane said.

“It is unacceptable on any measure to have, effectively, three large, open playing fields converted into housing.

“Obviously, we remain willing to negotiate on more appropriate outcomes for the community, namely ones that explore other sites or financing solutions, while preserving much needed open space.”

The combination of long and short-term trends in the hospitality and clubs’ sector, coupled with the effects of Covid-19 lockdowns, have made RSLs and other community clubs an enticing target for developers in recent years, with the number and scale of projects accelerating.

North Ryde’s application for rezoning is still in the assessment phase, with a decision expected by mid-September.

North Ryde RSL and the Eastwood Rugby Club were both approached for comment.