Landmark Group has completed the largest land deal in Sydney since the start of the pandemic.

The Sydney-based developer, led by Arash Tavakoli, has paid north of $130 million for a high-density development site at Lachlan’s Line, Macquarie Park in Sydney’s inner north-west.

The 1.8ha site, at 2-5 Halifax Street, was purchased from Landcom, the NSW government’s land and property development organisation, almost two years after it was listed.

Landcom first listed the precinct’s second and third stage release in late 2019, with expectations of a quick sale and a development contract to be awarded by March, 2020.

The campaign was subsequently paused due to the pandemic and put back on the market earlier this year, drawing interest from a number of developers.

Landmark development director Joseph Scuderi said the group was attracted to the site because it was a rare opportunity in an area in need of greater supply, and its proximity to the Sydney Metro.

“Macquarie Park is one of the most accessible and sought-after residential development locations in Sydney and we will now be able to leverage off the many improvements to the Lachlan’s Line precinct already delivered by Landcom,” Scuderi said.

Scuderi said the group was now in the early stages of planning for a “high-quality” residential product, at an “affordable” price point. 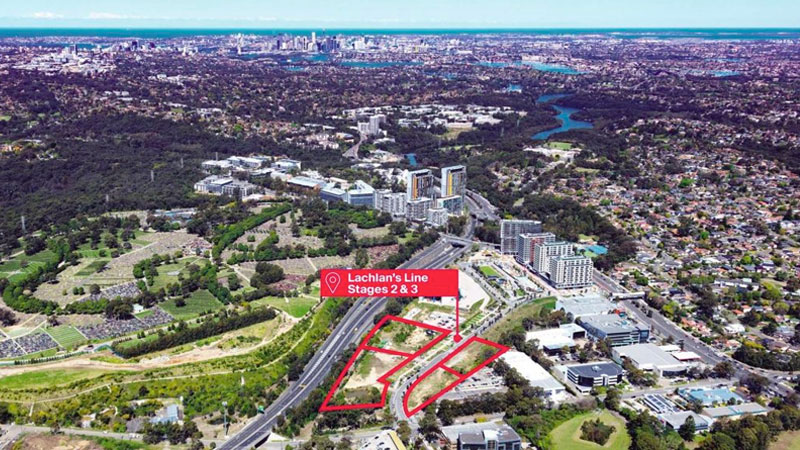 ▲ The stage two site offers 5790sq m and the stage three site 1.3ha. Both have already been rezoned for high-density development.

Based on the site’s zoning— zoned R4 High Density for a gross floor area of 80,000sq m with buildings heights of between 33 and 99 metres—it could eventually have more than 950 apartments across six to nine buildings.

Landmark expects the staged development to be delivered by 2030.

Knight Frank’s Scott Timbrell, who brokered the deal, told The Urban Developer the deal was hugely significant, given the caution in the market throughout the pandemic.

“The fact this [site] has sold, at this price point, during lockdown is evidence that developers are now seeing the blue skies after a difficult 18 months,” Timbrell said.

“The appetite for homes in Sydney is only expected to rise once the lockdown ends and borders reopen, and buyers will continue to focus their search on quality developments.

“This result is coming off the back of a surge in buyer enquiry and activity from local developers looking to add to their pipeline and because of this, high-density development sites in that 10km radius from Sydney’s CBD are now disappearing quickly.” 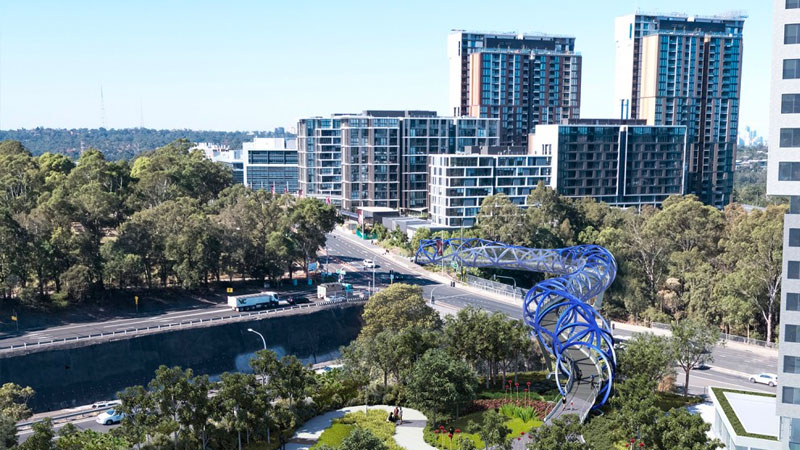 ▲ Since 2016, Greenland has developed four residential towers, 4500sq m of retail , a council run childcare complex and community centre and a park on part of a 1.53ha site.

The 9ha Lachlan’s Line master plan was launched by the state government in 2013 as part of the North Ryde Station Precinct.

Frasers has been developing a site north of the future North Ryde metro with 380 units and Greenland is building a larger 900-unit project across four towers over a second, 1.2ha site.

The precinct’s first residents arrived in late 2019, with retail facilities opening in early 2020.

Landcom executive general manager of projects Tasha Burrell said the “super-lot” sale marked another step towards transforming the former industrial site into homes for this growing region of Sydney.

“Landmark Group has demonstrated its capacity to deliver quality outcomes and we are confident they will deliver on the vision for Lachlan’s Line,” she said.

With the completion of the major infrastructure within the precinct, and the sale of stages two and three to Landmark, Landcom is now considering listing stage four, a 1.79ha site which count hold 18,000sq m of gross floor area, or 800 dwellings.

Once complete, Lachlan’s Line will provide approximately 2700 homes for around 5000 residents.