The Melbourne-based developer received funding offers from Goldman Sachs for its 265-apartment project, but Kokoda managing director Mark Stevens said CBA, despite slashing its lending on apartments by two-thirds in the past three years, had demonstrated a keen appetite to fund the entire project.

Stevens said that CBA had been attracted to a number of factors which mitigated risk, including its 50 per cent pre-sales rate—largely self-funding downsizers—as well as the choice of construction firm ABD Group.

“Given the emphasis on construction quality in the off-the-plan sector over the last 12 months, we performed a significantly more involved due diligence process on the credentials of the builder,” Stevens said.

“This approach is certainly atypical amongst developers but absolutely critical for a project in today’s market to reassure purchasers and provide confidence to the banks.” 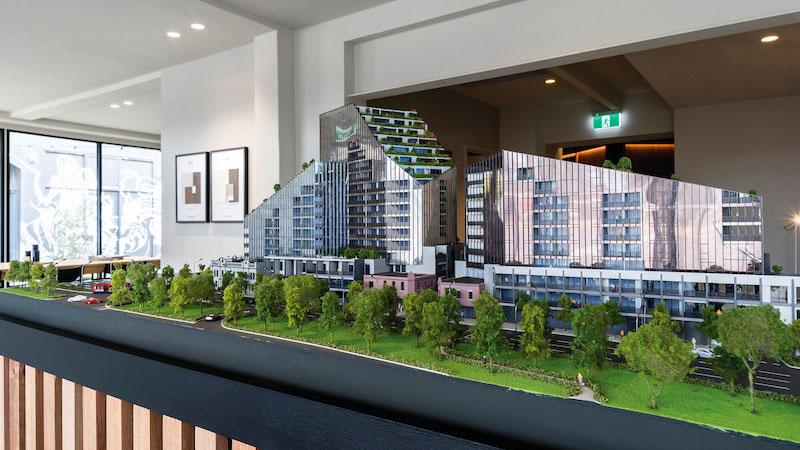 Kokoda, founded just over 20 years ago by former Jeans West director Mark Stevens, has gone on to complete a number of projects in Melbourne.

The developer currently holds an $800 million development pipeline across four projects in Brisbane and Melbourne.

Kokoda purchased the Malvern site from ex-Toll executive Mark Rowsthorn for $41 million in 2017 and received planning approval from the City of Stonnington for its proposed development in July 2019.

Spanning a 4,720sq m island site on the corner of Glenferrie and Dandenong roads, the residential development will comprise two buildings designed by Jackson Clements Burrows Architects featuring a mix of one, two and three-bedroom floorplans.

Stevens said while loans in the current climate had been harder to secure from increasingly cautious and risk-averse banks, strong pre-sales across the project since the onset of the Covid-19 pandemic had allowed it to secure funding.

“Following successive regulatory changes by APRA since 2017, it’s been increasingly difficult for developers to secure traditional bank loans to fund their projects and we’ve all had to adopt more creative non-bank funding arrangements, until now,” Stevens said.

“In the case of CBA at Malvern Collective, they are funding the whole loan themselves, which is rare but demonstrates that the big banks are still very much willing to back developers that can put forward well-managed projects, bolstered by strong sales activity.”

The existing pub and two other heritage buildings on the Malvern site will be retained and restored under plans that include 14 retail tenancies on the site’s ground floor plaza, an area that backs onto Malvern Railway Station.

Techne Architects, known for renovating the iconic Hotel Esplanade, have been engaged by Kokoda to deliver the renovation of the Angel Tavern.