Developer JDH Capital has lodged plans for the $100 million overhaul of Sydney’s iconic Sirius building at the foot of the Harbour Bridge, overlooking Circular Quay and the Opera House.

The brutalist public housing block in The Rocks, which has been used for social housing since opening in 1981, now looks set to be transformed into a boutique apartment project.

JDH Capital, founded by former investment banker Jean-Dominique Huynh, moved on the public housing tower in June 2019, outlaying $150 million, before sounding out plans for a "refurbishment" that would revitalise the existing building.

The proposal will deliver 76 apartments, a slight reduction on the building’s current 79-apartment configuration, lifting the its gross floor area by 1,800sq m to 8,400 square metres.

The redevelopment includes structural works, apartment fit-outs and environmental upgrades of the existing building, as well as construction of a new three-level building with a gym and pool for residents at ground level on Cumberland Street. 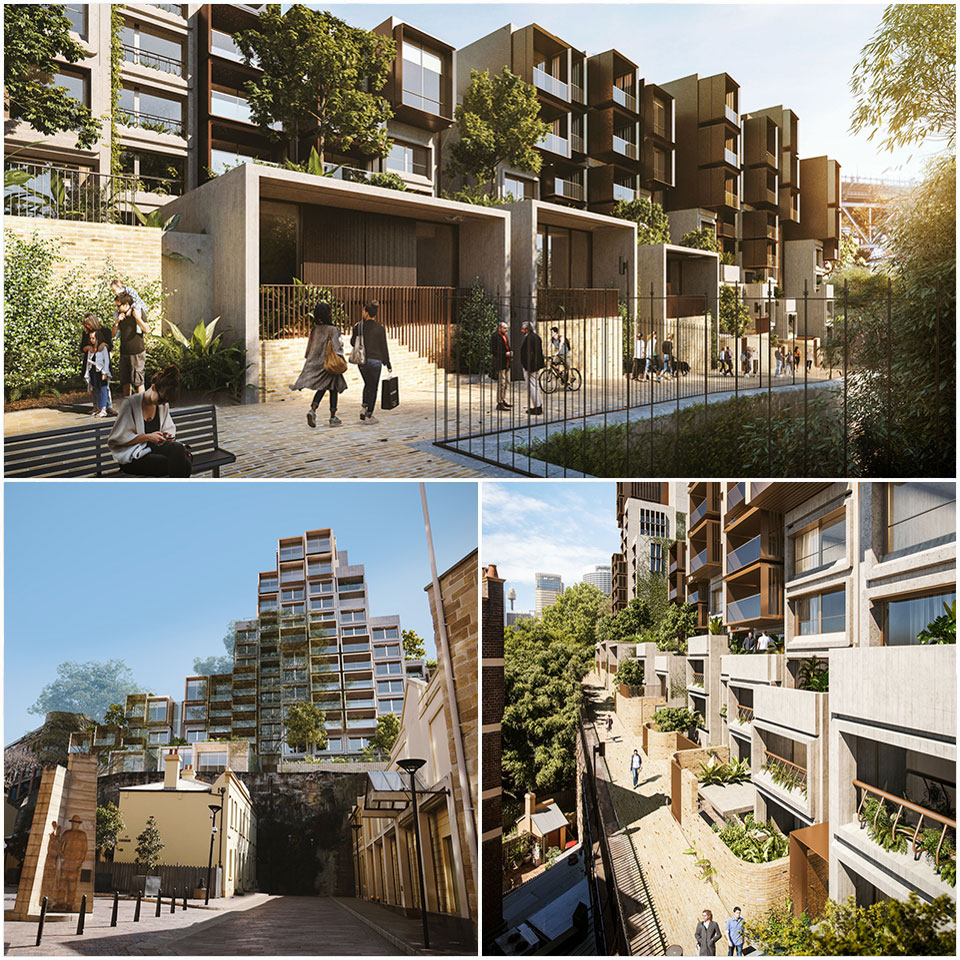 ▲ The proposal also includes the addition of “distributed pods” in copper-coloured metal and glass, referencing the bronze and black colour of the existing metal framing. Image: BVN

Internal walls will be demolished to combine units and make for larger apartments, as well as spacial reconfiguration for new stairwells and lifts.

Volumetric modular apartment "pods" and prefabricated balconies planned for parts of the building will be delivered to site and lifted into position.

The existing ramp down to the basement will be demolished and replaced with vehicle lifts.

The redevelopment will also improve the ground plane of the building tucked under the elevated Cahill Expressway approach to the Sydney Harbour Bridge, creating a new pedestrian connection across the site between Cumberland Street and Gloucester Walk.

Rooftop gardens will provide new amenity to residents while also enhancing the views a number of Sydney’s landmarks.

The project has not been without its controversy following the government’s ousting of hundreds of low-income tenants from their homes, the last of whom moved out in early-2018.

Critics were quick to question the NSW government’s sell-off, stating that the actions were a contradiction of the building’s physical expression of a certain type of progressive planning. 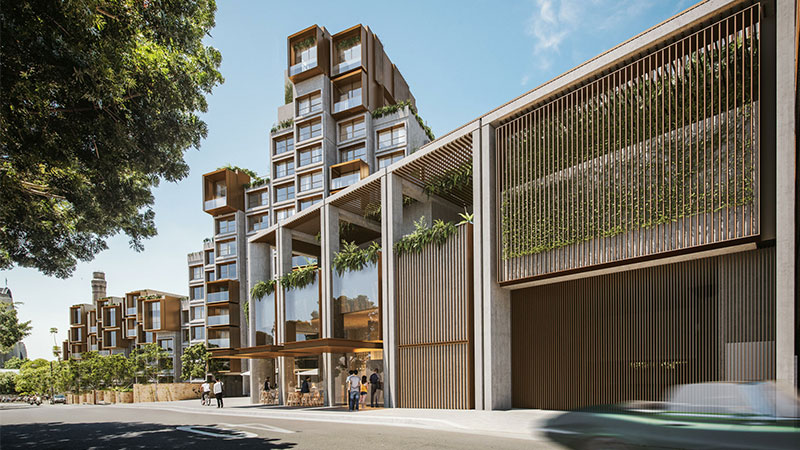 Despite the advice of the Heritage Council of New South Wales, the state government decided against heritage listing the building in 2017.

That sparked a challenge in the Land and Environment Court, which was ultimately unsuccessful.

The proposal however has aimed to preserve the building, by enhancing and revitalising the 1970s building—designed by NSW Housing Commission architect Tao Gofers.

“The department’s role is to assess the application in consultation with the local community, government agencies and stakeholders and we are encouraging the community to share their views on this proposal.

“After the exhibition closes, the department will review all community submissions received, along with feedback from other government agencies and councils as part of its rigorous assessment process,” Sargeant said.

Pricing has not been set for the project that could go to market in the second quarter of next year.