It’s heritage-listed, has a 24-hour liquor licence, 28 gaming machines, 36 beds, serves half a dozen craft beers on tap and, according to the local student population, the Jaw-Sa-Mood noodle bowl is to die for.

The Bar Broadway Hotel, bang in the middle of Sydney’s southern CBD, is going on the market this week for the first time in nearly two decades.

“I can't recall the last time a hotel with such explosive and broad-based business drivers was offered to market,” JLL Hotels and Hospitality Group managing director John Musca said. JLL is marketing the hotel in conjunction with Knight Frank.

“This asset will attract extensive interest from astute hoteliers of all profiles nationally,” he said.

The property is expected to sell for around $45 million.

Built in 1939 and variously known as Sutherlands Hotel, the Westminster Hotel and Guys and Dolls Hotel, the art deco building is on the corner of Broadway and Regent Street in Chippendale.

That puts it near Chinatown, multiple university campuses and just a stone’s throw from Central Station, Sydney’s biggest rail stop.

“There’s good margins on the accommodation and there is an activated development application for two additional upper floors, bringing the beds inventory to 63,” Musca said.  “But the real money earner is the gaming.”

The current owner is a retiree from the United Kingdom and the lease is also individually held. Critically, the hotel boasts a much-sought-after three-hour gaming shutdown.  Most hotels must shut down gaming for at least six hours a day.

Sydney’s booming hotel market shows no signs of cooling with more than $1 billion in hotel transactions completed in the past 12 months.

In the most recent deal, Minskys Hotel—a late-night watering hole at Cremorne on Sydney’s lower north shore—changed hands for the first time in nearly two decades for $39 million.

“The recent sales of the nearby Crown Hotel, Courthouse Hotel and Kinselas Hotel for an average yield of 5 per cent, none of which had comparable business catchments to Bar Broadway, provide an insight into the quality of this opportunity”, Knight Frank director Mike Wheatley said.

There’s been a liquor licence on the site since 1895, when Tooth and Company—the once major New South Wales brewery—built the three-storey Federation style hotel, the Westminster.  With the road widening of Broadway in the 1930s that building was demolished and replaced by the existing one. 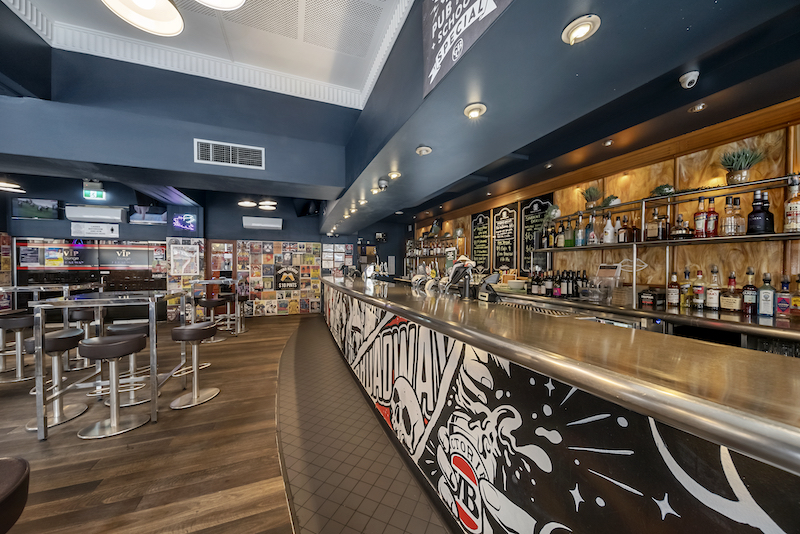 Today’s hotel—designed by prolific local architects Rudder and Grout in the "functionalist" style—is, in the words of the Sydney City Council’s heritage listing, “one of the few corner hotel ceramic tiled interiors to be retained largely intact,” and is one of five hotels built in this style in the Sydney CBD. The others are the Clare Inn, the Australian Hotel, the Hotel Hollywood and the Civic Hotel.

JLL Hotels’ Musca, who was in the pub this week, said he was not sure what was behind a solid covering of entertainment and band posters on the walls.

“The first floor used to be a band room, but is now accommodation,” he said.  “It’s been gutted and added to many times over the years.”

But for others, the hotel’s historical significance is more personal.

South Australian John Winkworth spent his childhood in the cellar, bars and upstairs rooms of the hotel, when his parents, Jack and Lorna Winkworth, owned it in the early 1960s.

“It was a kids’ paradise,” Winkworth said.  “Dad ran the front bar and the ladies lounge upstairs.

“I can remember the six o’clock swill.  When last orders were called they were all drunk and wanted to fight Dad, but they wouldn’t fight Mum. So it was her job to throw them out.”