One of Queensland’s most popular shopping destination is set for a change of ownership with a half-stake in the Indooroopilly Shopping Centre going on the market.

The majority stake, being sold by the Commonwealth Superannuation Corporation, is estimated to bring in north of $600 million.

Commonwealth Super is the fund for many government and defence public servants.

The centre in Brisbane’s western suburbs is 7km from the Brisbane CBD and the only super-regional centre with both bus and rail stations nearby.

It has more than 320 tenants including anchor tenants Coles, Woolworths, ALDI, Myer, David Jones, Kmart, Target and Event Cinemas as well as the new purpose-built Automall West across its 7.9ha site.

Collier’s Lachlan MacGillivray is handling the sale of the majority interest on behalf of Commonwealth Super and investment manager AXA IM. He said the centre’s ancillary sites had development potential.

“The site benefits from surrounding high-density development and is subject to a higher order planning framework which allows for significant mixed-use development opportunities in the the long-term (STCA), including 90,000sq m of additional GFA on existing landholdings adjoining the centre,” MacGillivray said. 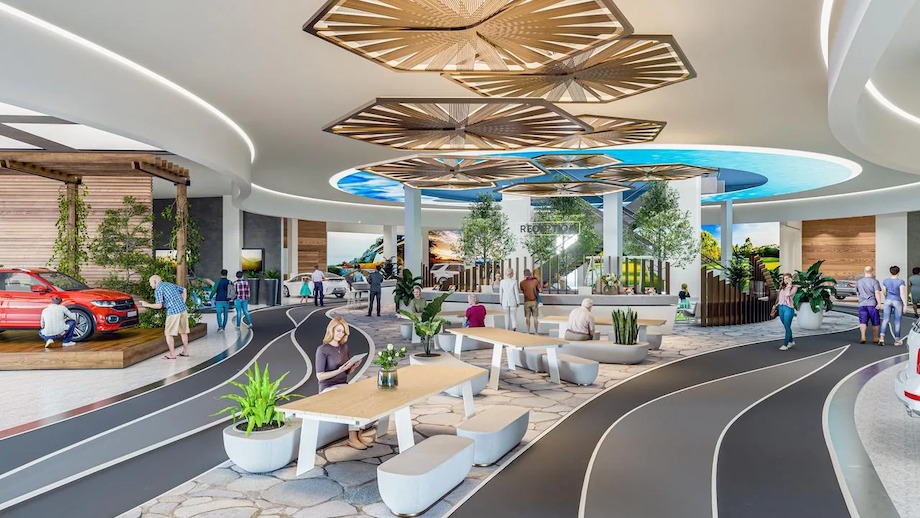 ▲ An impression of the planned auto mall at Indooroopilly Shopping Centre.

“A long-term masterplanned vision for the site also exists which includes the potential for approximately 200,000sq m of GFA subject to council approval and land ownership.”

Colliers is expecting more than $600 million for the majority interest and expressions of interest closing on May 19.

Commonwealth Super is part of a $3.4-billion consortium bid with Morrison and Co and Brookfield to take over telecommunications infrastructure company Uniti Group.

Commonwealth Super will put in $400 million as part of its 20 per cent stake. Morrison and Co will provide 30 per cent and Brookfield 50 per cent.

Uniti Group will then join CDC Data Centres and Amplitel as part of Commonwealth Super’s portfolio while Brookfield will still own rival company DCI Data Centres.

Meanwhile, Dexus remains in talks with AMP Capital about acquiring up to $30 billion in assets from AMP’s Collimate Capital arm.

If successful, the deal will include a share in both Melbourne and Launceston airports, giving Dexus a share of three state airports after its recent interest in Perth’s Jandakot airport.