Melbourne-based developer Tim Gurner has kicked off his “aggressive” push into the hotel sector, setting his sights on 20 new locations for his Club Maison brand.

The developer, who continues to focus on apartments targeting Melbourne’s wealthiest families, has in recent years turned his attention to boutique short and long-stay accommodation in the face of a changing residential market.

Plans have now been put forward for the first in a series of new concept hotels set to be located on the site of St Kilda’s Cushion Lounge at 99 Fitzroy Street, adjacent to the developer’s $550 million Saint Moritz project.

Gurner, who will speaking at The Urban Developer's upcoming Australian Property Development Outlook vSummit, said the developer’s Club Maison concept would carve out a niche in an asset class that is not strictly residential.

“Our brand is evolving and we are seeking to expand our portfolio with a larger focus on diverse asset classes across retail, hotel and mixed-use that allow us to retain more of these assets long term,” Gurner said.

“When you look at the successful business model of Soho House in London and New York, we want to take a similar approach and apply it at a local scale.” 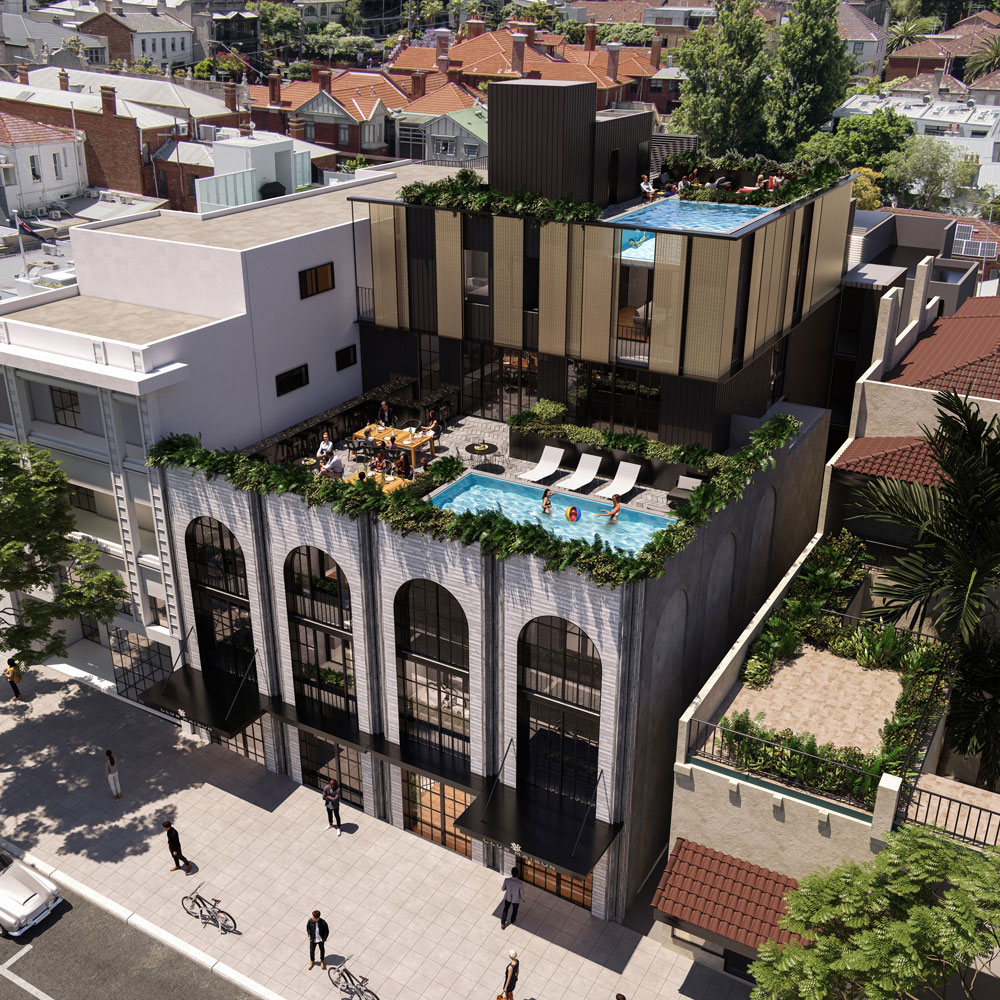 ▲ Gurner said the building had taken cues from the Palazzo della Civilta Italiana in Rome and Mondadori building in Milan. Image: Warren and Mahoney

The $35 million boutique hotel, designed by Warren and Mahoney, will span six levels and will comprise 25 guest rooms, multiple pool zones, and hotel and club lounge facilities, anchored by a commercial offering at ground level.

Pending approvals, construction on site is expected to kick off this year.

Gurner said its expansion would mean upwards of 15 new sites would been sourced this year to build out its varying pipeline of different asset classes while aiming to acquire between 15 and 20 new sites specifically for its Club Maison concept.

“We are aggressively looking for further sites as the business continues to diversify and grow.

“These projects will become long-term investments for us as we look to strategically hold more assets across our portfolio into the future,” Gurner said.

The developer’s revised long-term strategy has been on full view over recent months following a difficult year for the property industry in Melbourne following a fourth month imposed lockdown.

Since then, the developer has unveiled plans to pair 16 apartments with an 18-key boutique hotel within a $60 million project just north of Cairns in Port Douglas.

Gurner has also made inroads into the fast-emerging build-to-rent asset class, partnering with finance house Qualitas to launch a $1 billion build-to-rent development fund.

The fund has plans to start work this year on three Melbourne projects comprising more than 1,100 units, with the locations of other secured sites set to be revealed at a later date.

Gurner also recently kicked off construction of a mixed-use hotel and apartment project in Collingwood after securing a $55 million loan from ANZ Bank.