Gurner said he would use the newly-established equity to acquire and new development opportunities in Melbourne, Sydney, Brisbane, Perth and across the Tasman.

“Our motivation for seeking out a capital partner is to accelerate our ability to purchase, quickly settle and bring multiple sites to market across different asset classes, and diversify at scale over the next few years,” Gurner founder Tim Gurner said.

“A partner like Qualitas who can turn around approvals for deals as we find them and has the capital already raised was key to our decision.”

Under the agreement, Qualitas will commit up to $150 million of equity from its opportunity fund series with parties splitting the development profits equally. 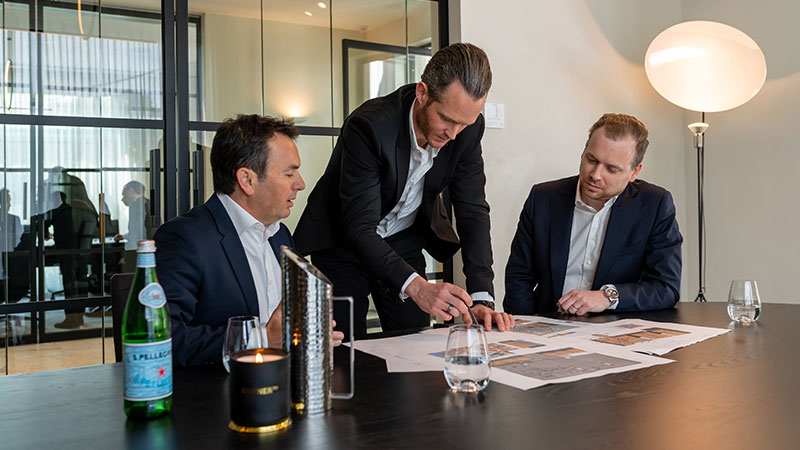 ▲ Gurner has found itself in a strong position after shoring up its balance sheet following settlements at three major developments. Image: Rohan Davis, Tim Gurner and Mark Fischer

“With $150 million in capital available we can act quickly on opportunities and hunt aggressively to identify the right opportunities,” Gurner said.

“This time a large focus will be on Sydney—we missed the last run on the market so we don’t want to be in that position again and are open to all scale of development in Sydney.”

Qualitas global head of real estate Mark Fischer said the opportunity fund series has partnered with a number of developers.

“We did, however, find 2019 and early 2020 a difficult market to deploy in due to stretched pricing and so are excited about the current environment,” Fischer said.

Gurner moved early to secure a capital partner, commencing discussions with multiple finance houses at the onset of the pandemic in February.

The developer will now look to build on its portfolio of large-scale multi-staged developments, such as FV in Brisbane—which settled last year, and Saint Moritz—an ambitious triple-tower project in St Kilda which recently broke ground.

In recent months Gurner has settled three projects worth a combined $300 million while also achieving approval on its 10,000sqm, $1 billion precinct in Fisherman’s Bend.

The developer has also launched Atelier in Collingwood—set to feature 50 apartments and a 90-key 5-star boutique hotel—while also remaining busy in the market, acquiring a number of off-market sites.