The $18.5-million A1 commercial and retail development, on a 1173sq m site, is due for completion in August—one of two new developments that will complete in the emerging Maroochydore CBD this year.

But office vacancy rates are now reportedly as low as 3 per cent in the area, according to CBRE’s Ryan Parry, who negotiated the deal.

Parry said Maropost had been looking for a central location to accommodate their Australian headquarters.

“This is the last sizeable, A-grade commercial office space available in Maroochydore—across the region the office vacancy rate is sitting at around 2 to 3 per cent,” he said.

“This is Maropost’s first office location outside a CBD so it’s a real feather in the cap for A1 as well as the Sunshine Coast and the new Maroochydore CBD to attract such an internationally renowned e-commerce tenant.”

Evans Long development manager Sujay Singh said the Maropost deal was the largest commercial deal in the Sunshine Coast this year and all but wraps up the commercial offer within the A1 building.

“We are thrilled to have leased such a large space of the building to a business which began on the Sunshine Coast and now has offices in Brisbane, Stockholm, Toronto and India,” Singh said. 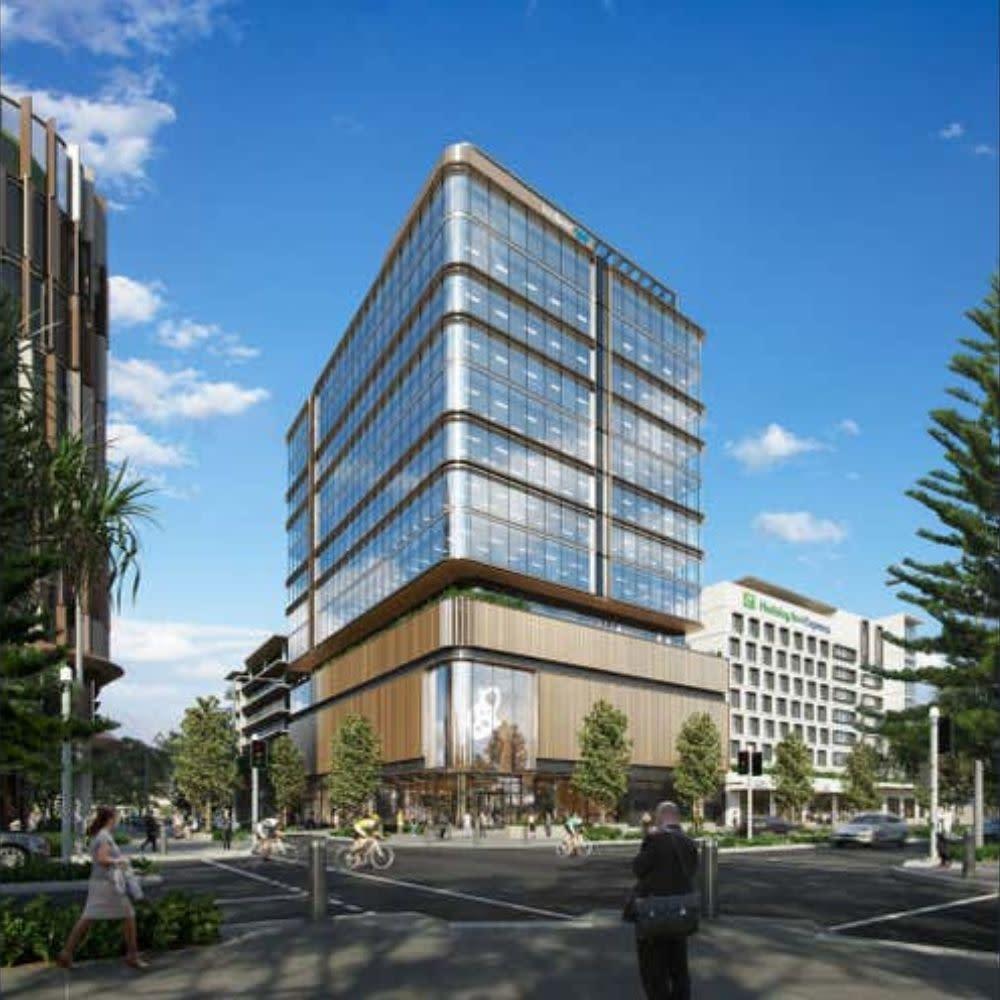 ▲ Walker Corp's 50 First Avenue in the Maroochydore CBD will rise to 15 storeys.

“This is a significant milestone for Evans Long as we only commenced construction of A1 in September last year—it’s very pleasing to have all of the commercial space within the building committed and we now turn our attention the the ground floor retail offer to those tenants who we believe will be the right mix for the A1 building and the CBD.”

The five-storey Cottee Parker-designed tower is targeting a 5-star NABERS energy rating to deliver cost savings to the building’s owner and tenants.

Walker Corporation’s 50 First Avenue 15-storey commercial tower is due for completion at the end of 2023, while Barwon Investment Partners recently won approval for its $100-million, 10-storey private hospital in the Maroochydore CBD.

The Sunshine Coast economy has grown 3.5 per cent each year since 2015 and is forecast to reach $33 billion in 2033, with the new Maroochydore CBD forecast to provide 15,000 jobs and inject $4.4 billion into the economy over the project’s 20-year timeframe.