Sydney-based developer Fortis is stepping up its operations in Melbourne, acquiring a new site in the tech-centric fringe suburb of Cremorne.

The developer bought the 1850sq m site at 65-81 Dover Street for $26.9 million from Melbourne developer Tope Lane, who had acquired it in late 2019 through the amalgamation of seven separate parcels of land.

Tope Lane secured a permit in late last year for a 9250sq m office project with eight floors of office space and ground floor retail before deciding to divest the asset, enlisting Ben Baines, Ted Dwyer and Peter Bremner of Colliers to market the site.

The project, designed by Fieldwork, is expected to begin construction later this year. The end value has been estimated to be about $130 million.

“The Dover Street site is the sixth commercial property being developed by Fortis in Melbourne, a direct result of the increasing demand for high-quality offices in city-fringe locations,” Mellick said.

“Cremorne is an area with fantastic local amenity that will beneﬁt from premium office space as businesses continue to move into city-fringe locations that are easily accessible.”

The development will comprise full floor plates up to 1350sq m with wraparound terraces to selected levels and expansive views of the CBD. 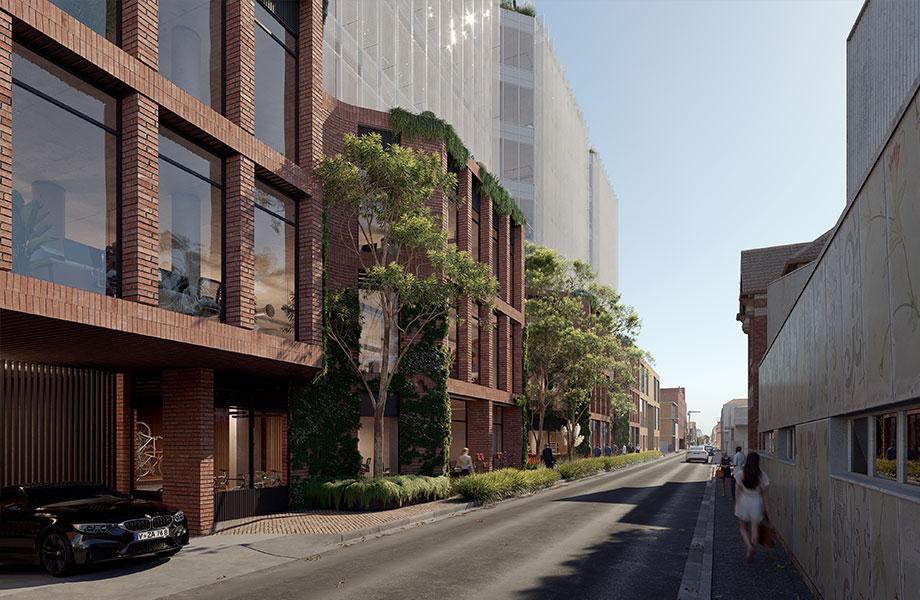 The expected end value of Fortis’ Melbourne projects currently under construction or under a planning proposal is $1 billion, and there is a further $1.25 billion pipeline of work in Sydney.

Late last year Fortis outlaid $19 million for a 1298sq m corner site at 8 Brighton Street in neighbouring Richmond with plans for a 10-level mixed-use project. Construction is expected to start in 2022.

The developer is also pressing ahead with plans for two towers with 23,000sq m of office space and 7000sq m of retail on the corner of Smith Street and Alexandra Parade in Clifton Hill.

Fortis is also developing a $38-million nine-level office on a site at 67-69 Palmerston Crescent in South Melbourne.

In Sydney, Fortis is repositioning a low-rise building at 30-36 Bay Street, Double Bay, into an a-grade commercial offering after picking up the 2200sq m development site earlier this year for $28.5 million.

In nearby Double Bay, the developer has plans to develop a recently purchased building at 2 Guilfoyle Avenue to include three floors of boutique offices along with a retail-focused ground floor.

Collier’s Ben Baines said the developer’s latest development in Cremorne further reinforced the strength of the city-fringe commercial market which has been buoyed by insatiable leasing activity at a number of buildings currently under construction.

“Since mid-2020, it has been evident that developers are looking at the city-fringe as the real benefactor, and a place where tenants want to work,” Baines said.

“The fact we were able to conclude a sale prior to any official launch is again a testament to the Cremorne office development market.”

Formerly a working-class suburb once popularly known as “Struggletown”, Cremorne has long since gentrified and has now become the city’s fastest-growing fringe office market.

During recent years Cremorne has attracted major technology firms and edgy start-ups with many former warehouses now commercial offices for the likes of Tesla, Uber, the Walt Disney Company, Carsales.com.au and REA Group.