Fortis, a private Sydney-based development group which has quickly amassed a $4.5-billion pipeline, has unveiled plans to build 10 standalone homes in the city’s wealthy eastern suburbs.

The $125-million proposal is planned for a 2400sq m site near Bronte beach acquired earlier this year for $44 million. The site had been under the same ownership for 50 years before Fortis swooped.

Fortis director Charles Mellick said the developer had been drawn to the site due to its location between Tamarama and Bondi Beach to the north, Clovelly and Bronte beach to the south and the Bondi Junction interchange and Westfield to the west.

“The proposed scheme will be the first collection of houses by Fortis and has been developed in response to the increased demand for luxury homes in Sydney’s east,” Mellick said.

The 2400sq m site, currently occupied by 22 two and three-bedroom units across four ageing apartment buildings, will be redeveloped into a collection of residences designed by Fortis’ longstanding design partner MHN Design Union.

Each residence will have views of Bronte Beach from their upper levels and will contain between three to four bedrooms, four bathrooms, and front and back yards, as well as basement parking. 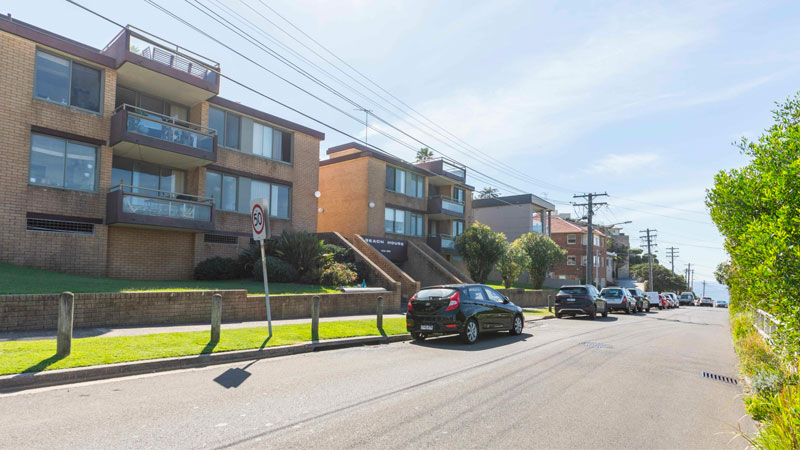 ▲ The residences will replace an ageing apartment complex at 122-128 Hewlett Street.

Targeted at owner-occupiers at the top end of the market, each home will have private full-floor master retreats including large bedrooms, walk-in robes and ensuites, laundry rooms, custom swimming pools and integrated appliances.

Select residences will also have wellness rooms that can be converted into gyms or studios, as well as cinema rooms and the option to have a private art studio or kids’ rumpus room.

Construction on this site is expected to commence by mid-2023, pending planning approvals by Waverley council.

Fortis has been busy over the past 12 to 18 months, padding out a substantial development pipeline with high-end residential apartment projects and commercial projects in Sydney and Melbourne.

The developer’s portfolio already includes more than $275 million in successfully completed residential and commercial projects, with a further $225 million to be completed by the end of the year and new developments, valued at over $4.5 billion, due over the coming years.

It has long held a major focus on the expensive eastern suburbs of Sydney and Melbourne, such as Rose Bay, Double Bay, Toorak and Brighton. 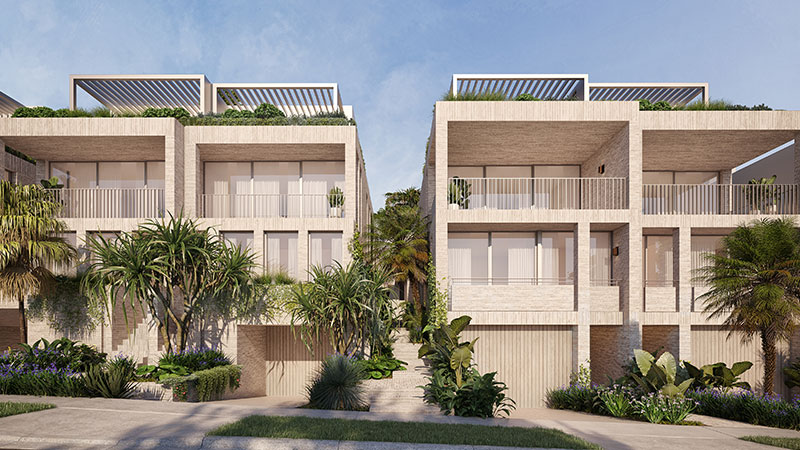 Fortis is now preparing plans to transform the ageing carpark into a new cinema complex featuring 9000sq m of retail, community and office spaces, as well as 18 residential apartments.

It also has plans for another Double Bay site it amalgamated earlier this year for $82 million.

The developer secured 2-10 Bay Street and 294-298 New South Head Road—which it has since adjoined with a neighbouring site at 21-27 Bay Street to create a 1900sq m parcel. It now has plans for a $130-million project comprising five-storeys of office space and ground floor retail.

In Point Piper, the developer, in partnership with Dare Property Group, has recently broken ground on a $120 million 18-residence project after spending $41 million on a 2400sq m site at 2A Wunulla Road.

Fortis is also advanced on a seven-level project, which has also been designed by MHN Design Union, comprising residential and retail offerings across a 1250sq m site at 1 Mona Road in Darling Point.

The developer also has plans for a 12 apartment project in Rose Bay known as Spencer Street, again designed by MHN Design Union.

Meanwhile, in Neutral Bay, the developer is close to delivering a boutique, apartment project comprising six half-floor residences and topped by a full-floor penthouse at 5 Colindia Avenue.