Gurner will launch his new project, Victoria and Vine, which will see the transformation of an entire Collingwood suburban block into a $280 million residential and retail precinct.

The nine building development, with Cox Architecture at the helm, is bordered by Cambridge Street, Victoria Parade, Derby Street and Wellington Street with more than 200-metres of street frontage in the East Melbourne location.

The developer said the project, which will span the 5100sq m block, was testing the inner suburb market.

“We are testing market demand for luxury three-bedroom penthouses at prices that aren’t commonly seen in Collingwood,” Gurner said.

While a 350-400sq m penthouse will set you back $7.5 million, the development will also push for a focus on three, four and five bedroom apartments with 34 penthouse sized dwellings ranging from $980,000 upwards. 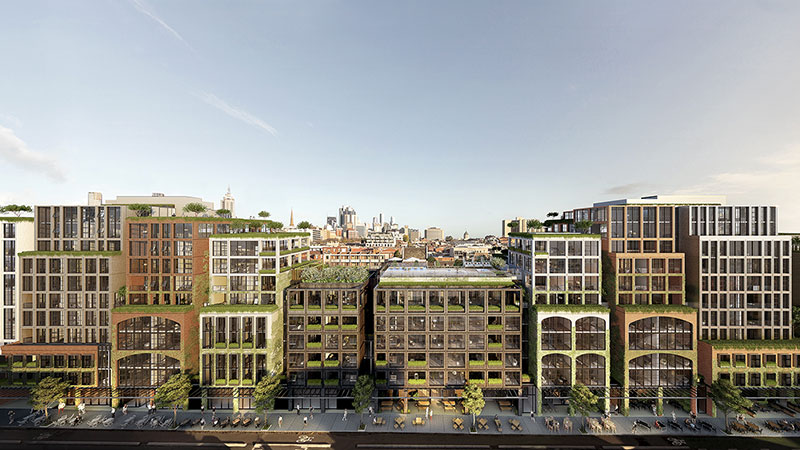 Victoria and Vine. Street frontage will be anchored by 11 retail tenancies at ground level. Image: Gurner

The original Koichi Takada design for the development had been likened to a “Las Vegas” design, and not in touch with its local surrounds.

"In hindsight, we got the first proposal wrong," Gurner told The Urban Developer in 2018.

“The project was inspired by a recent trip to the Meatpacking district in New York,” he said.

“Collingwood is without a doubt my favourite suburb in Melbourne and we have now delivered over 22 buildings within two kilometres of this site.” 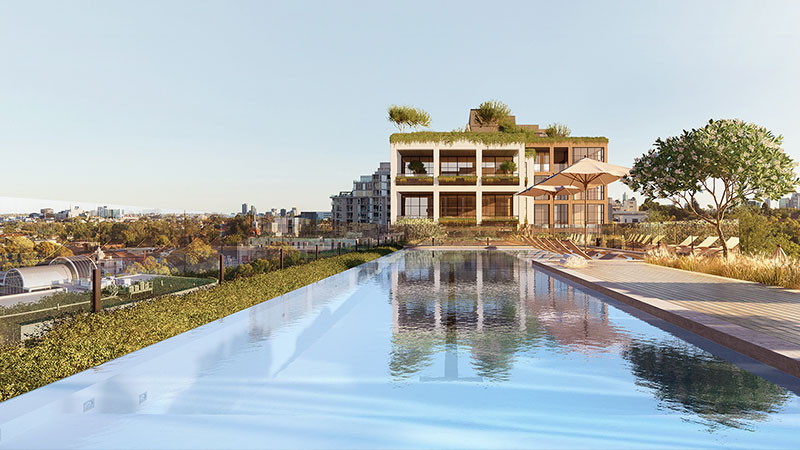 After breaking Melbourne's most expensive apartment record this year, the developer reemphasised his belief in the premium, luxury-focused owner occupier and down-sizer market.

“Projects that have a real point of difference are doing well,” he said.

“Although sentiment had stalled up until the most recent two weeks, we are extremely confident in Melbourne’s market fundamentals and we have had huge success in the luxury owner occupier space.”

The Collingwood development will offer a mix of one, two, three, four and five bedroom offerings, starting from $475,000 for one bedroom apartments.

Gurner picked up the Collingwood site in late 2016 from the Nossbaum family for $40 million.