New housing approvals have fallen 1.6 per cent across August as the Covid-19 pandemic continues to put a dampener on jobs and consumer confidence.

The fall was driven by private sector dwellings, excluding houses, which decreased by 11 per cent while a significant fall in the number of apartments approved in August offset the rise in July.

Approvals of new apartments, townhouses and semi-detached dwellings dropped almost 13 per cent across August and outweighed the monthly 4.6 per cent increase in approvals of stand-alone homes.

Western Australia, supported by the Home Builder package but as well as additional state based grants, saw residential approvals gain almost 34 per cent with standalone home approvals lifting by 33 per cent.

There were also gains in Queensland, up 8 per cent, with the state also benefitting from a 13.4 per cent month-on-month increase in standalone homes. 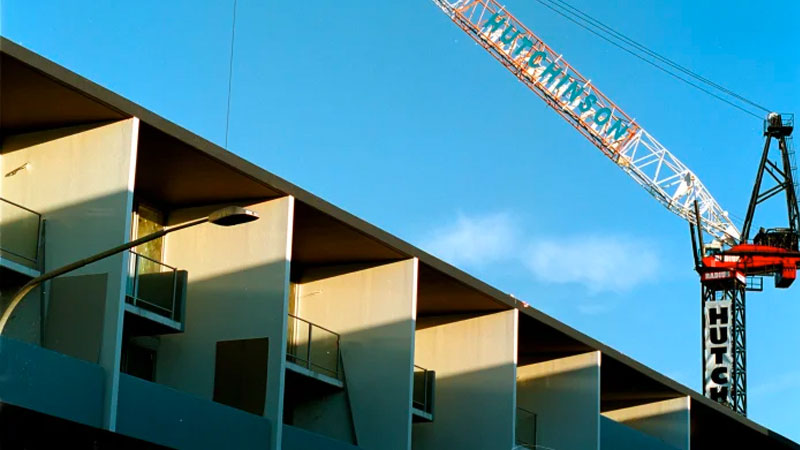 However, approvals in NSW went backwards, falling 14.2 per cent month on month while unit approvals suffered a 32 per cent loss following the 63.9 per cent jump in July.

South Australia and Tasmania also saw falls of 4.8 per cent and 26.2 per cent respectively.

“Over the remainder of 2020 and into 2021, low population growth, the weak labour market outlook and the deterioration in the rental market in some parts of the country will weigh on residential approvals,” Birch said.

“But we expect house approvals to be more resilient than unit approvals, due to HomeBuilder.”

The HomeBuilder initiative seems to have had some effect, with the value of alterations rising by 7 per cent in August to be at its highest level since April 2016.

The value of total building approvals rose 18 per cent in August, in seasonally adjusted terms.

Meanwhile the value of non-residential building lifted sharply, to 41 per cent above its July figure, which saw falls of 19 per cent last month, driven by large public projects in Queensland and the Northern Territory.

CommSec senior economist Belinda Allen said the August results underlined a growing divergence in the type of approvals occurring across the varied markets.

“A move to more flexible work from home arrangements could see a shift in demand for the type of housing and location of housing,” Allen said.

“Already rents are weaker in inner city areas when compared to suburban rents, as are vacancy rates.

“This trend could continue as households look for more space and even consider a tree or sea change.

“One opposing force could be the push for more build-to-rent properties.”

Allen said Commsec now expects the rapidly deteriorating home-building market to continue to fall across the remainder of the year and well into 2021.