Brisbane’s office market continues to shake off the pandemic doldrums with two new commercial towers approved in the CBD and fringe suburbs.

The bronze 22-storey tower opposite Customs House will be stripped back to its core structure and completely remodelled with a new podium, curtain wall facade and an additional two-storey sculptural canopy.

InDeMa director Michael Bruderlin said they would be targeting a net zero certification for the building upon completion in the first quarter of 2024.

Bruderlin said Hutchies had been engaged in an early contractor design and construct contract to help de-risk the project and better understand the technical requirements.

The Fender Katsalidis-designed tower follows in the footsteps of another of its commercial adaptive reuse projects in Brisbane, Ashe Morgan’s Midtown, now the headquarters for Rio Tinto. 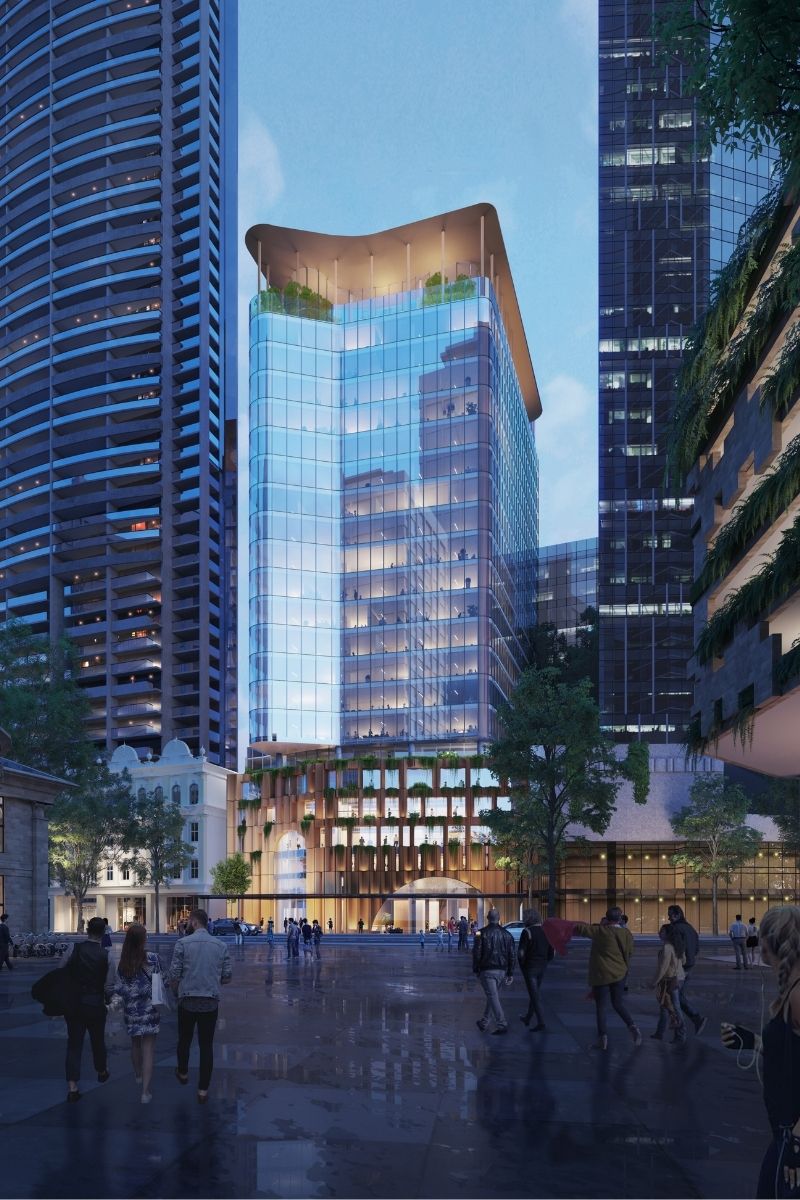 ▲ An innovative adaptive reuse project to remodel and reposition a 1974 commercial building at 444 Queen Street has won approval.

The project will rejuvenate a 48-year-old building at the end of life into an A-grade commercial office asset and increase the net leasable area 40 per cent.

Bruderlin said the project would have a quicker turnaround than a normal demolish and build project and it would use clever design initiatives to increase floor plates and create a better value proposition for the asset.

PGIM purchased 444 Queen Street for $54.4 million from the Public Trustee of Queensland and Abacus Property Group in October last year.

Cornerstone has also won approval for a commercial development in the city fringe suburb of Fortitude Valley.

The Bureau Proberts-designed tower will capture the heritage brick character of the Fortitude Valley centre “borrowing from the intent of these buildings but with a stridently different and contemporary expression”, planning documents said.

“This approach is a deliberate counterpoint to the strong and solid brick structures of the immediately adjacent 47 Warner Street and McWhirters buildings.

“Brickwork or masonry is not used as a material in deference to these neighbouring buildings allowing them to become more evident and make a clear statement about the era of their inception.” 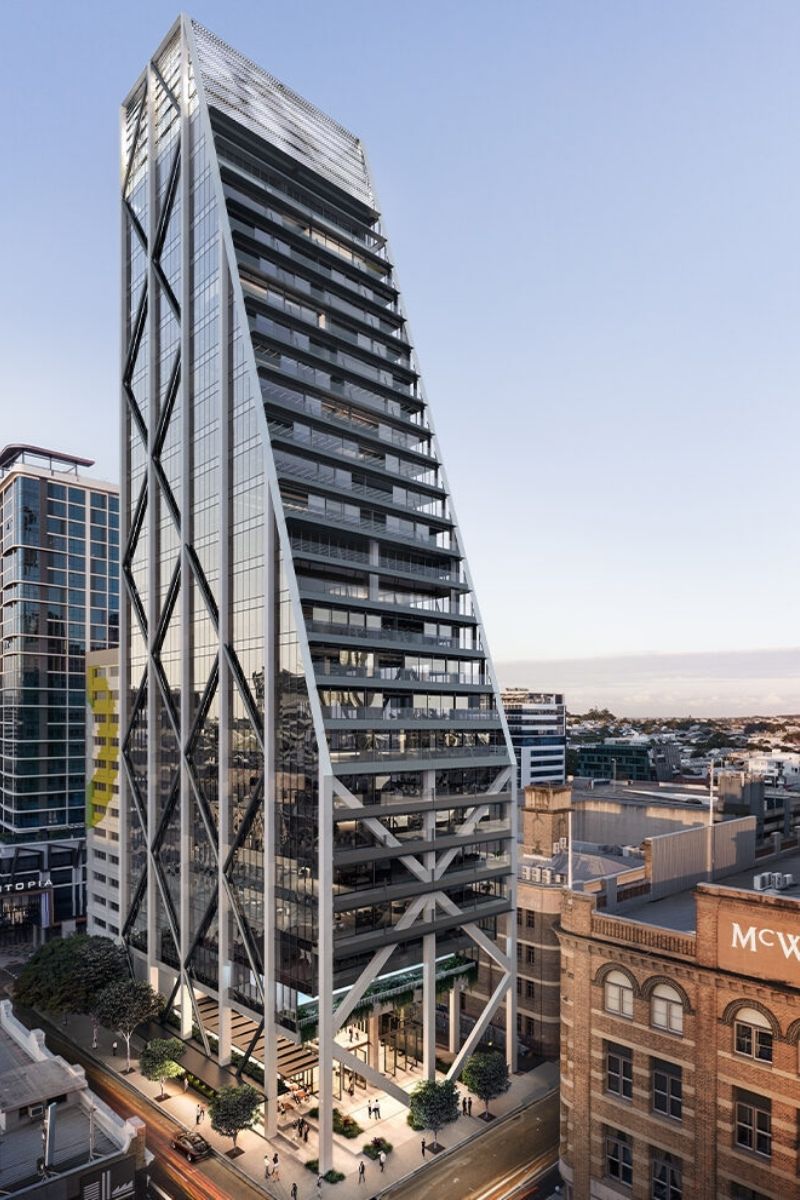 The 28-storey commercial tower at 251 Wickham Street features a stepped slanting facade fronting Warner Street, with a four-storey lobby, and an inverted podium.

There will also be a rooftop terrace, 20m pool and open-plan gym in the commercial tower, with retail offerings at the base of the building.

Brisbane’s metropolitan office market vacancy was at 16.3 per cent at the end of March and there were few transactions across the quarter, according to Colliers research.

But yields remained steady, and well above other capital cities, while incentives remained stagnant at 40 per cent.