Across the last year prime rents have increased by more than five per cent in Brisbane's industrial market, while land rates are up by as much as 21 per cent, and yields continue to tighten, according to property consulting firm m3property.

In its latest report, m3property found that land rates between 2,000sq m to 5,000sq m across Greater Brisbane have grown by 46 per cent over the past three years as the direct result of a growing demand for e-commerce logistics. 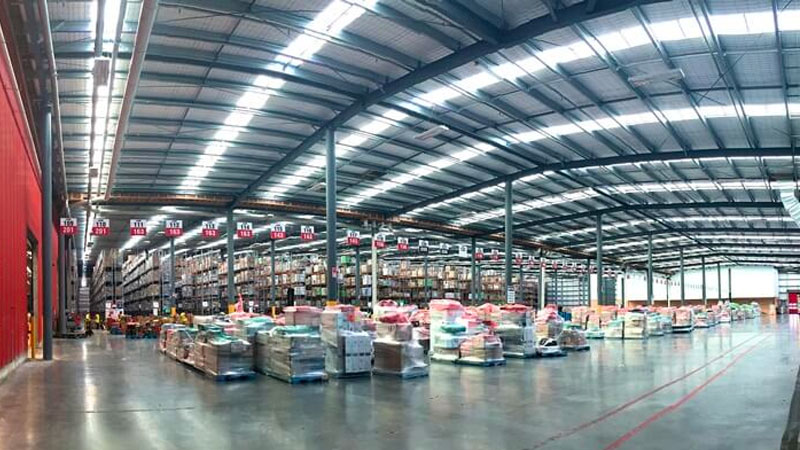 ▲ There were 1,092 industrial buildings approved in Queensland in the year to May, up 7.3 per cent year on year.

“All indications are that the market will continue to perform strongly over the next 12-months as population growth and infrastructure projects drive even greater demand for new buildings.”

Food manufacturers, transport and logistics operators, and consumer product operators, in particular, are responsible for a considerable increase in supply completions over the remainder of 2019 with most of it in the Western and M1 Corridors.

The largest industrial uses are primarily for distribution, with an estimated 300,000sq m of new supply mostly pre-committed including new buildings for Coles taking 66,000sq m, Australia Post with 49,000sq m and Rheinmetall with 42,000sq m, all of which are located in the Western Corridor.

“Demand for industrial assets has been very strong and with population growth and the mooted fast tracking of infrastructure projects, such as the strategically important inland freight rail project, continuing to drive tenant demand, the industrial investment market looks set to maintain its current trajectory.”

Hicks said while prime rents were expected to continue to rise, the extent of any rental growth would depend on the ability of tenants to absorb it.