[+] Boom and Bust: A Year to Forget for Construction Insolvencies

High-profile construction company busts have been headline fodder in 2022, with every week seemingly seeing another builder going under.

Insiders and analysts have blamed trading conditions, the macroeconomic environment, and a broken business model for sending some of Australia’s biggest names to the wall.

But beyond the anecdotes, data reveals that a significant acceleration in construction insolvencies is under way.

While insolvencies in general are ticking upwards, construction is also claiming a larger share. In the the 2021-2022 financial year, construction represented 26 per cent of all insolvencies in the country; so far this financial year the sector is running at about 30 per cent. The nearest competitor, the beleaguered accommodation industry, is topping out at 13 per cent. 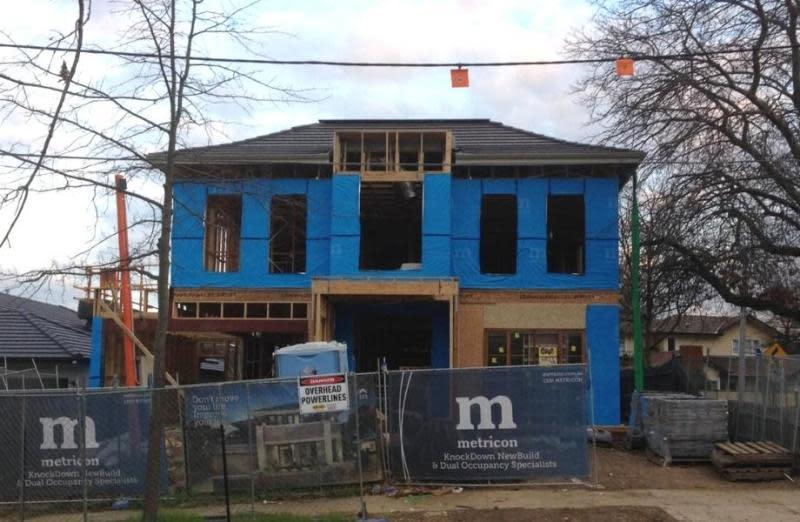 ▲ It was a bumpy ride for Metricon this year.

Australia’s biggest home builder, Metricon, fended off an insolvency crisis in May with its owners tipping in a $30 million war chest to ride out the turbulence. Metricon also announced the doubling of a working capital credit facility from Commonwealth Bank, keeping its 2500 staff employed on a pipeline of about 4000 homes.

But others weren’t fortunate enough to count on the foresight and financial backing of investors and bankers.

Bad hand for the building game

While construction has historically experienced higher levels of company churn than other industries, a combination of issues has created systemic threat for the sector in recent times.

Labour shortages and hikes in material prices have pushed costs on some fixed-price projects over their razor-thin margins. Over the year to September, residential construction costs went up 11 per cent, according to the Cordell Construction Cost Index.

Builders have been forced to choose between renegotiating contracts, delivering at a loss, or raising the white flag—and in some cases, the choice has been made for them.

Elevated rainfall in the eastern states has also taken a toll, with stoppages shunting schedules—and budgets—out of whack. According to SafeWork NSW, unstable soil conditions caused by La Nina are also responsible for a rise in excavation and earthmoving accidents.

Interest rate hikes, signaling the end of the era of easy money, will start bringing more pain to both mortgage holders and the property sector, in coming months. Housing Industry Association figures show that new home loans were down 0.9 per cent in October, to the lowest level in more than three years. 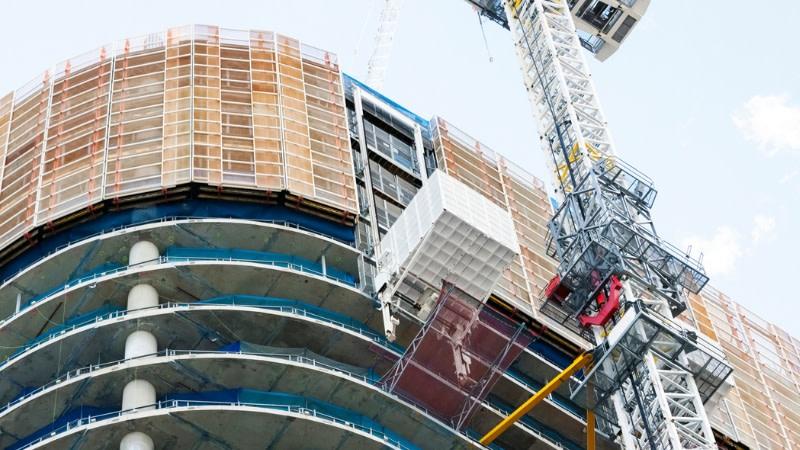 ▲ The full effect of recent interest rate hikes are unlikely to be fully felt until later next year.

HIA economist Tom Devitt said, “It is clear in the New Home Sales Survey that the RBA has brought the housing boom to an end”.

“The effect of the latest hike in December will not be fully reflected in building activity until late-2023 … Further hikes will cause a deeper and more prolonged trough in home building activity.”

Beyond home-building activity, the impacts of rate hikes on access to capital will be tested in 2023.

A roll-call of construction companies reveals the breadth and depth of distress in the market, with the bell tolling this year for builders large and small, from Sydney to Perth, across all types of project.

A Tasmanian franchisee of Hotondo Homes was placed into liquidation in January, with about 40 homes under construction. Tasmanian Constructions blamed access to materials and rising costs, for making delivery on its fixed-price contracts untenable.

Probuild’s February collapse really kicked things off, coming despite $180 million in support from its South African parent and a $5-billion workbook. The company was facing a $50-million loss on a $350 million Cbus project at 443 Queen Street, Brisbane, and had been known for undercutting rivals by tens of millions to secure projects.

Gold Coast giant Condev’s founder, Steve Marais, tried to negotiate the firm’s way out of trouble in March, but couldn’t reach an agreement with developers. The company downed tools with 18 projects under way, liquidating while it was still solvent.

Early in 2022, Perth-based New Sensation Homes said that, in response to difficulties, “We’ve hired extra support staff, started our own brickie teams and even created our own concrete company to keep the show on the road”. But by April, it had been put to the sword with 53 homes under way, followed days later by another Perth-based company, Home Innovation Builders. ▲ Alegria, planned for a site at Palm Beach on the Gold Coast—one of Condev’s slated projects.

Gold Coast developer Pivotal Homes shut its doors in May, owing at least $5.4 million and with more than 100 homes under construction. The company reportedly suffered a ransomware hack in the weeks prior to liquidation that meant some financial records were lost.

Also in May, the West Australian Pindan Group was forced to wrap up, dropping 68 projects behind it and $80 million in debts. Receivers Ernst & Young said that most of the debt would be uncollectible.

Snowdon Developments went under in July with an order book of 550 homes, and $18 million owing. An emergency buyout from Mimosa Homes may mean some customers receive a share of value, although the deal did not include Snowdon’s debts.

Oracle Platinum Homes went belly-up in August with a pipeline of 300 homes, and debts somewhere in the order of $20 million.

WA big fish FIRM Construction went into liquidation in November, with a number of school projects and a Metronet station still in its portfolio. Director Mark O’Gorman said, “It is unfortunate that five projects awarded by the state government between July 1 2021 and May 2022 did not qualify for any financial relief for the significant cost escalations they incurred”.

And the December collapse of civil engineers Clough showed that construction woes aren’t ringfenced around residential and commercial. Clough has handled some of Western Australia’s biggest infrastructure projects, and its demise has left nation-building schemes Snowy Hydro 2.0 and the Inland Rail under clouds.