While hotel development globally has contracted sharply in the wake of the pandemic and recent Omicron outbreak, Asia Pacific has remained a bright spot with the rate of construction on new hotels up 5 per cent in 2021, according to analysis by STR.

Newly published figures for last year show, unsurprisingly, that hotel development in all regions globally fell sharply, with construction weakest in the Americas—down -16.8 per cent.

Asia Pacific, historically a testing ground for hospitality companies rolling out new concepts, bucked the trend, picking up the pace of hotel construction across the year with 470,000 rooms currently under way and a further 297,000 rooms in planning.

Propelling the hotel market has been a high volume of owners and developers focusing on the expansion of mainstream brands in secondary and developing markets in order to offer greater recognition for travellers.

China remains the strongest region with 290,000 rooms in construction, followed by Vietnam with 30,000.

As a result, markets are now showing a strong penetration of emerging lifestyle brands in cities such as Kuala Lumpur, Singapore, Shanghai and Beijing.

STR regional manager Matthew Burke told The Urban Developer that over the course of 2021, few projects in Asia Pacific under construction during the pandemic had been abandoned as a “hotel”.

“Those projects still in planning have largely stayed as such,” Burke said.

“In developing hotel markets such as China and Vietnam, the supply growth remains significant to impact market performance, particularly as demand continues to recover.” 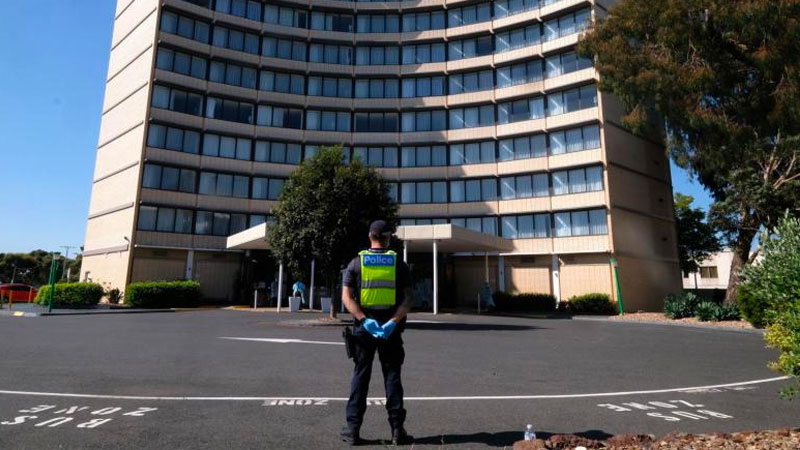 ▲ The pandemic has also weighed heavily on the sector with almost 60 hotels nationwide closing permanently and exiting out of the asset class since early 2020.

Australia, which remains in the midst of a hotel development boom that began instigated last decade, continues to hold a high volume of projects in its pipeline.

Developers, however, have been put off by the asset class and its reliance on tourism.

Looking ahead, Burke said 2022 was expected to be a peak year of new hotel openings with Melbourne, the Gold Coast and Sydney tipped to be the largest hotel markets to expand this year by percentage of inventory.

“Projects which are yet to commence will likely pause until the demand fundamentals realign and owner rates of return,” he said.

In Melbourne, 3900 rooms are expected to come online this year, while Sydney remains on track for 2250 rooms, and 1300 on the Gold Coast.

Colliers head of hotels Gus Moors told The Urban Developer the strong residential market had played its part in the sector’s stability, sparking an increase in mixed-use developments.

“We are seeing bright spots in many regional markets, as Australian’s explore their own backyards in record numbers,” Moors said.

“With uncertainty around border re-openings for the foreseeable future, and hesitancy to go overseas from the travelling public, this trend should continue into the medium term.

“As a consequence, investors are ploughing back into hotels, with over $2.8 billion in hotel sales throughout 2021, and a good proportion of this going into the regional markets.”

Regional markets surrounding Sydney, such as the Hunter Valley and Blue Mountains, also experienced a strong rebound in demand as Sydneysiders continue to head to the countryside.

Similarly, Sydney and Melbourne recorded higher CBD occupancy levels—37 per cent and 34 per cent respectively—at the end of October, up from a 15 to 25 per cent range in early October, though still lagging behind the recovery experienced in the regions.