The blueprint is set for the reimagining of a 45ha precinct on the Melbourne CBD’s doorstep to become a reality.

With the approval and gazetting of the plans, the development go button has been pushed on a vision that forms part of one of Australia’s biggest urban renewal projects.

New planning controls introduced into the Melbourne Planning Scheme provide the framework for the reshaping of North Melbourne’s Arden precinct into a new neighbourhood, health and innovation hub.

Under the Arden Structure Plan, the inner north-west precinct is to be redeveloped over the next three decades, becoming home to up to 15,000 new residents and 34,000 workers.

“It will be a vibrant, mixed use innovation precinct comprising four distinct and diverse neighbourhoods,” the plan said. 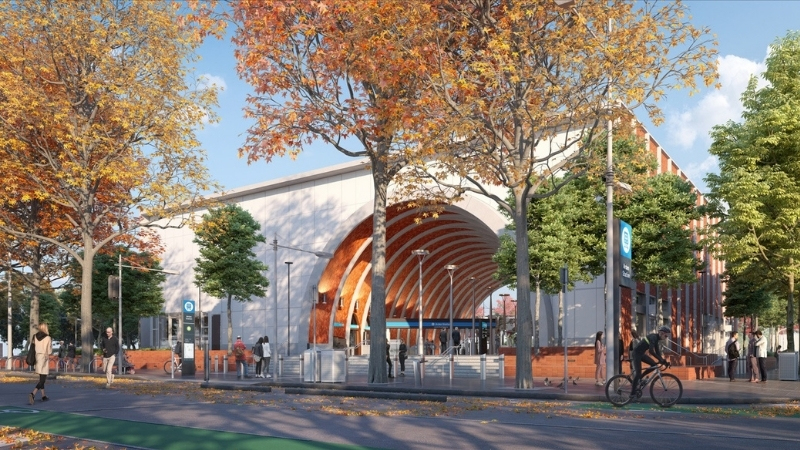 ▲ The Metro station at Arden has been the catalyst for the renewal plan.

But concerns have already been raised that no affordable housing quota will be imposed in the precinct.

Instead, the government has indicated it would “support and encourage” an affordable component of at least 6 per cent of new homes.

The catalyst for the Victorian Planning Authority’s plan is the construction of the Metro tunnel and new Arden station, one of five new inner-city stations to be opened from 2025.

It will connect Arden to the airport to the north-west, Footscray and Sunshine to the west, and Parkville and the central city to the east.

According to the plan, 8ha of the state significant urban renewal precinct will be set aside for new open space and the Moonee Ponds Creek corridor revitalised as a new green spine that links Arden with neighbouring precincts. 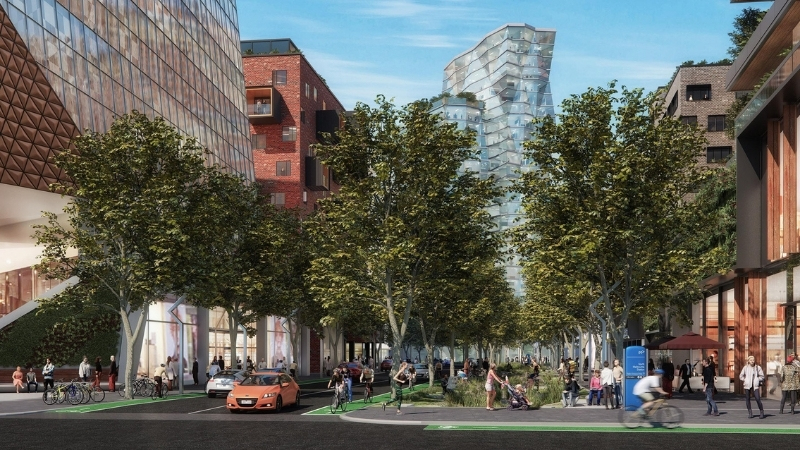 ▲ The Arden plan is the blueprint for a “city-shaping” transformation.

Apartment towers will be allowed to rise up to 40 storeys, with height limits dropping down  to 15 storeys near existing residential areas.

Transport Infrastructure Minister Jacinta Allan said the Arden Structure Plan was the blueprint for the “city-shaping” transformation of underutilised inner-city industrial land into a thriving centre.

“Development of the Arden precinct over the next three decades will provide a boost to Victoria’s economy through significant construction activity less than 2km from Melbourne’s CBD,” she said.

“It presents a tremendous opportunity to grow Victoria’s knowledge economy— through a mix of enterprise, education and research.

“A target of net zero emissions across the entire precinct by 2040 will underpin all planning decisions and Arden’s active transport options, enabling the new Arden precinct to support diverse economic activity.

“It will also promote the sustainable growth of Melbourne, which is expected to reach a population of eight million by 2050.” 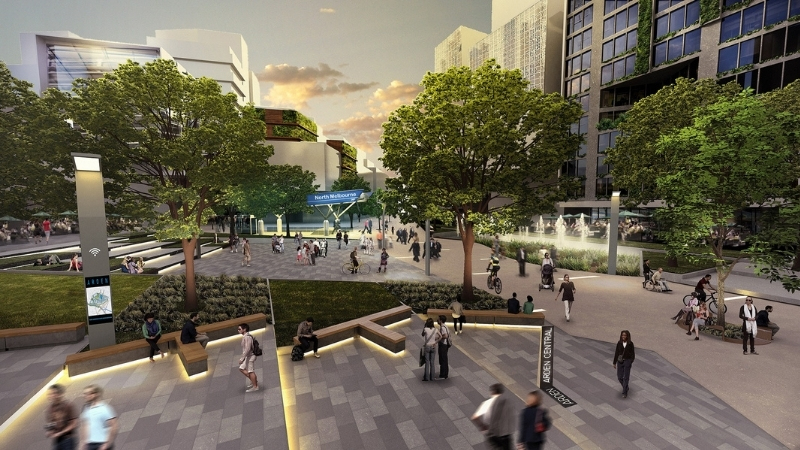 “The renewal of Arden will play an important role in Melbourne’s economic revitalisation,” she said.

“We want planning for Arden to demonstrate best practice and set new standards for urban renewal.

“It’s critical that we get the plans for Arden right, which is why the City of Melbourne made a submission to the Victorian Planning Authority and actively participated throughout the committee hearing process to pursue council’s key objectives.

“We will now carefully review and consider what the plans mean for the City of Melbourne.”

City planners are looking to Melbourne's west for urban regeneration opportunities and increased private development as interstate and international migrants begin to flood back into the city.

Under the municipal planning strategy, they have laid out a blueprint to build a bigger, denser and greener inner Melbourne with new suburbs planned to the west and to the north of the Hoddle Grid.