ICD Property, the Australian developer working on Auckland’s tallest tower, has decided to exit the project, listing it for sale just months after winning approval.

ICD managing director Matt Khoo said the developer had decided to sell its first international site to allow it to pursue other projects in Australia.

“Given the current state of the global economy, plus Australia’s property market, we felt it was best for ICD Property to focus on the delivery of our existing pipeline and deliver to our current buyers before focusing on expansion or new acquisitions,” Khoo told The Urban Developer.

He also noted that current issues in the property market made things uncertain.

“With interest rates and construction escalation rising, we felt it was most important for ICD to focus on the successful delivery of our existing developments already in sales and construction phases and prioritise delivering homes to our committed buyers.”

Interest, in the short term, in other international acquisitions was not on the cards, he said.

“At this point ICD Property is focusing its resources on our projects already under way and are prioritising the successful delivery of existing projects before pursuing expansion and new acquisition opportunities,” Khoo said

The 1461sq m site at 65-71 Federal Street, on the corner with Kingston Street was ICD Property’s first international acquisition and was granted planning permission with resource consent from the Environmental Protection Authority in August. 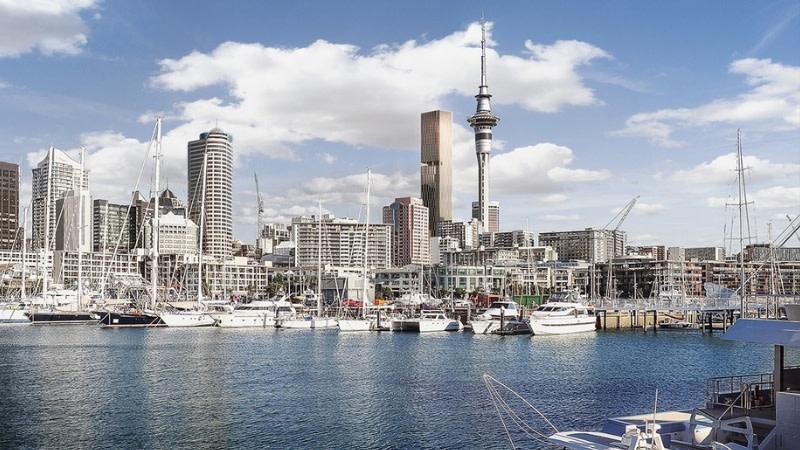 ▲ The Federal Street tower would dramatically alter the Auckland skyline.

It was granted under the Covid-19 Recovery (Fast Track) Consenting Act 2020 which was designed to speed up the planning approval process.

Plans for the site include a 55-storey apartment building with a nine-storey podium, 357 apartments and a 1000sq m ground floor marketplace with cafes, restaurants and event spaces.

The tower is 183m, just a few metres less than the 187m Seascape residential project being built on Custom Street East. It has a gross floor area of 47,650 square metres.

As the site is more elevated than Seascape, the tower would be the highest structure in the Auckland CBD, other than the 328m Sky Tower.

The Federal Street project has an estimated end value of $664 million.

A seven-level parking building is currently on the site and future owners will be able to work with more development allowance than other sites in Auckland’s city centre with a plot ratio of 29:1.

“It is an extremely rare opportunity, offering more than double the developable floorspace of any other approved land holding in Auckland’s CBD to date,” Bayleys national commercial and industrial director Ryan Johnson said.

“In combination with current annual holding income in excess of $1 million from a car parking lease and the site’s corner position in an area undergoing significant rejuvenation makes it an exceptional landmark development offering.” 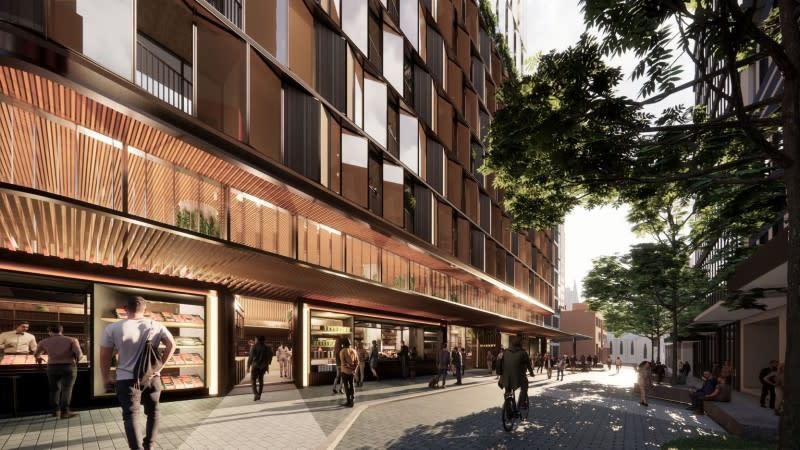 ▲ A render of the street-level marketplace area with cafes, restaurants and event spaces planned for the tower.

Bayleys will manage the marketing and sale of the property through an international expressions-of-interest campaign.

Secure Parking New Zealand currently pays an annual rent of $1.45 million on a lease that expires in April 2029, with a three-month surrender/termination clause in favour of the lessor.

ICD bought the site opposite the Sky Tower in 2018. The design for the tower by Woods Bagot and New Zealand firm Peddle Thorp was selected after a design competition.

The design went through extensive consultation with the Auckland Council and mana whenua.

Khoo said the developer’s knowledge of the project was also on the table for the future owner to use.

“In the process of doing this, we have also built a very strong support team of leading architects, engineers, urban landscapers and other service providers,” Khoo said.

“We would be pleased to assist the next owner in whatever way we can, should they wish to proceed with this project.” 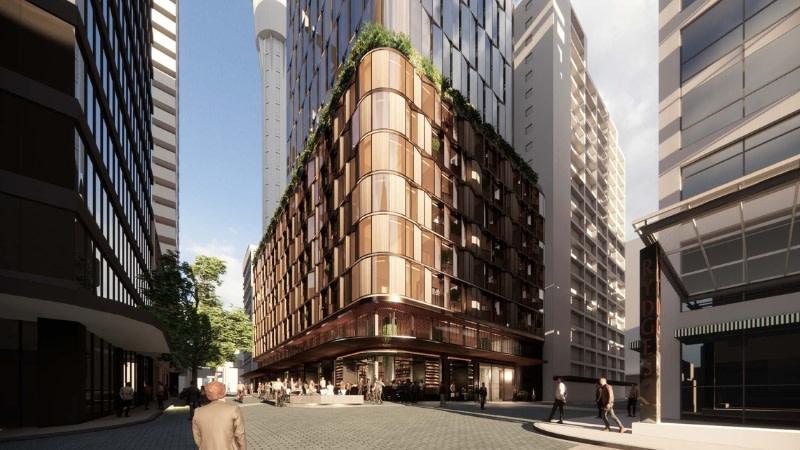 ▲ A render of the Federal Street skyscraper at street level.

“This could include considering incorporating other uses permitted under the city centre zoning such as office or hotel accommodation.”

The site is close to the Britomart transport centre, the Aotea civic, arts and entertainment area, the Sky City convention centre, and several hotels and residential projects on Albert and Hobson streets.

The expression of interest campaign will end on December 8.