The discovery of major defects in high-rise buildings across the nation has drawn attention to a “patchy and inconsistent” regulatory system, with five of Australia’s largest business groups calling for urgent reform.

The letter, published ahead of Building Ministers’ Forum on Thursday, calls for a national commitment to action on regulatory enforcement and compliance.

“The economy must not be put at risk by the failure to provide certainty through a consistent approach in dealing with these issues,” the letter said.

The news comes as a third Sydney apartment building came under scrutiny last week, with the Sydney Morning Herald reporting that a Zetland block remains abandoned eight months after its occupants were evacuated over safety defects.

The total cost to rectify the damages in the inner-Sydney block have left owners with a $5 million-plus bill. Strata documents showed that owners received a $1.7 million payout from their insurer — despite being covered for up to $9 million — and attempts to claim from the builder have come to naught.

“Building surveyors, engineers and architects are now struggling to obtain the insurance they need to do their jobs, which in turn could seriously affect future building or construction activity.”

Master Builders chief executive Denita Wawn said that the building certifier insurance crisis has the potential to bring building activity to a halt.

“The problem is already causing delays to building projects across the country and will only get worse as more insurers withdraw from the market,” Wawn said.

“We need all governments to come together now to manage what has become a risk for the whole industry caused by the use of combustible cladding on some buildings.”

The NSW, Victorian and Queensland governments have proposed allowing building certifiers to continue to practice without insurance for cladding-related claims. 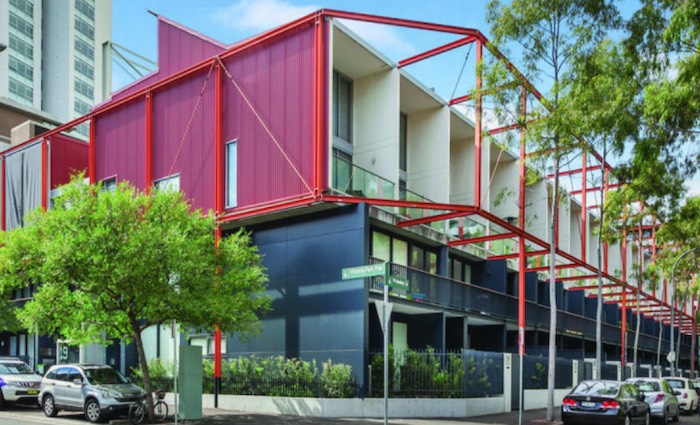 ▲Fire safety and structural defects forced residents to abandon the Zetland in November 2018.

The signatories said that state government had taken a fragmented approach to implementing Shergold-Weir report reforms and stressed the need for a comprehensive approach to auditing buildings with combustible cladding.

“Though some action has been taken to amend the National Construction Code and effectively eliminate the use of many types of combustible cladding on new building facades, the response of state and territory governments [h]as been patchy and inconsistent.”

On Monday, Andrews said that she will again table the establishment of a national taskforce.