Developers Toohey Miller has filed plans for an eight-storey apartment block in blue-chip Elizabeth Bay after months of sale negotiations and an extensive heritage study.

The developer acquired all 12 strata titles in a 1960s block of flats on the site, paving the way for the development on one of Sydney’s prime harbourside residential sites.

The City of Sydney Council is now considering the application to build an eight-storey block of six apartments in Onslow Place with commanding views of Sydney Harbour on one side and historic Elizabeth Bay House on the other.

When completed, the development will include five three-bedroom apartments, each across a single floor, measuring 181sq m and priced from $10 million.  Levels six and seven will be given over to a four-bedroom penthouse of nearly 243sq m that includes a rooftop terrace and pool. It is expected to sell for $22 million.

The New South Wales government overhauled strata laws late in 2016.  But of the 90-plus changes, one of the most critical was the reduction from 100 per cent to 75 per cent agreement for strata owners to collectively decide to amalgamate and end their strata scheme, allowing the site to be developed or sold.

The government’s intention was to clear a path for the redevelopment of older, low-density strata buildings.

“I think it is the only way you can unlock blue chip sites in Sydney because they have been through a boom period in the last 10 years so every freehold owner sitting on development sites have been approached a number of times,” Toohey Miller founder Nick Couloumbis said.

He said they had reached agreements with all 12 apartment owners but would not divulge what Toohey Miller had paid for the building. 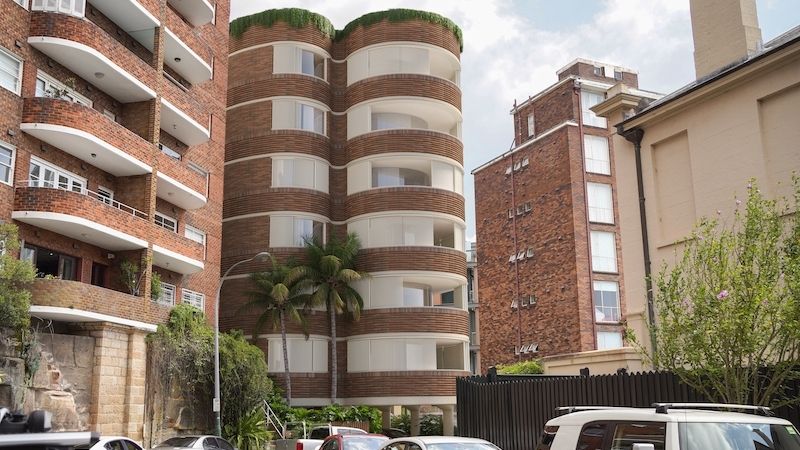 ▲ A render of the proposed Elizabeth Bay apartment tower currently before the Sydney council.

“With these acquisitions we can go through and unlock the development potential in a site by putting together an under-utilised block of land with a strata building on it,” he said.

In fact, in the past five years, Couloumbis says, Toohey Miller has put together 15 projects after acquiring the strata amalgamation.

The development application for the 470sq-m site and the 24m-high building to go on it, has been a sensitive one.

Across the road is the historical colonial home Elizabeth Bay House, built over four years from 1835 and once described as “finest house in the colony”.

Today the mansion’s expansive gardens are long gone, sold off in 1926 as 16 allotments.  Elizabeth Bay House sits in a densely populated inner-city suburb.  Lot 10 sold for about £3000 and is now 1 Onslow Place, where Toohey Miller has applied to build the apartment block.

But 187 years ago, convict labour blasted the sandstone escarpment over what was then a 22ha property, fashioning blocks with hand tools with which to build the mansion.

While Ethos Urban, who prepared the submission for Toohey Miller, found no historical or aesthetic significance to Winslow Court, the existing building designed in the post-war brutalist style by architects Alexander Kann, Finch and Partners, they spent a month researching the sandstone foundation upon which it rests. 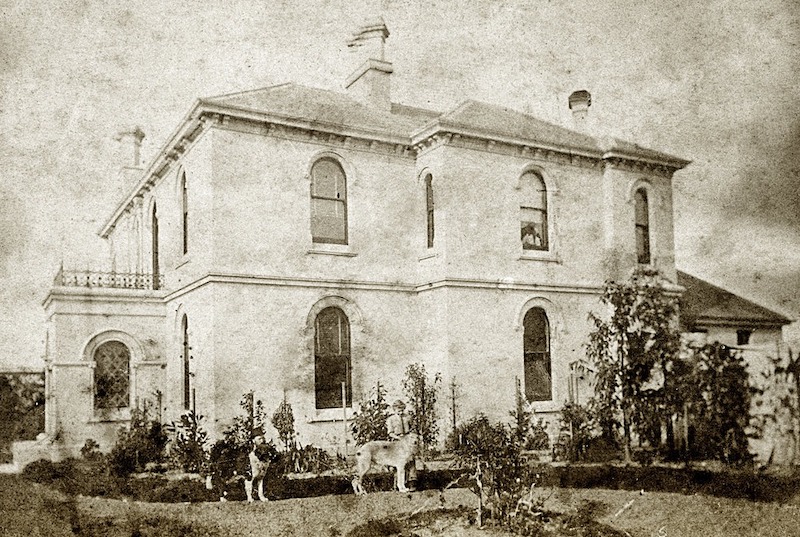 ▲ Historical neighbour: Elizabeth Bay House, shown here in a photo from circa 1870, is opposite the site.

As part of the application, archaeologists, architects, heritage researchers and geo-technicians spent a month researching the 2m by 6m by 8m piece of sandstone the current building rests upon.

A 56-page Heritage Impact Study speaks to hours in the archives of Sydney City Council, the National Library of Australia, Heritage NSW, the State Library of NSW, the Historic Houses Trust of NSW and Spatial Services, a state-government agency providing land information to the public. That report found the rock outcrop had been “highly disturbed,” probably during construction of the existing building.  This included “ad hoc” vertical excavation with hydraulic jack hammers.

They could not find any convict tool markings and concluded: “This section of sandstone is not known to have any associations with a particular community or cultural group. It is not known to be important to the community's sense of place.

“Therefore, it does not meet the threshold for social significance.”

Toohey Miller said they will keep the outcrop of rock, expose more of it, and incorporate it into the existing design. Basement car-parking, which includes a mechanical car lift, will be built around the rock.

Tzannes Architects will “substantively retain and augment the existing sandstone outcrop, making it more visible from the public domain, thereby increasing the existing escarpment contribution to the crescent’s sense of place,” the documents say.