Despite a wave of new supply on the horizon, Sydney’s CBD office vacancy rate has demonstrated continued strength, according to the Property Council of Australia.

In its latest Office Market Report — which looks at the six months to July — the Sydney office market recorded vacancy rates not seen since the late 1980s, helping to take the national rate to its lowest level in the past eight years.

The overall Australian office vacancy rate decreased by 0.2 per cent over the period to 8.3 per cent.

In the Sydney CBD, the combination of a net withdrawal of ­office space and little new development has put a lid on the take-up of office space. Sydney’s CBD vacancy rate sits at 3.7 per cent, down from 4.1 per cent in January.

The contraction has been due to withdrawal of stock from the market. Most of that vacancy was a result of listing withdrawals rather than absorption, with 32,039sq m of space withdrawn in the past six months. 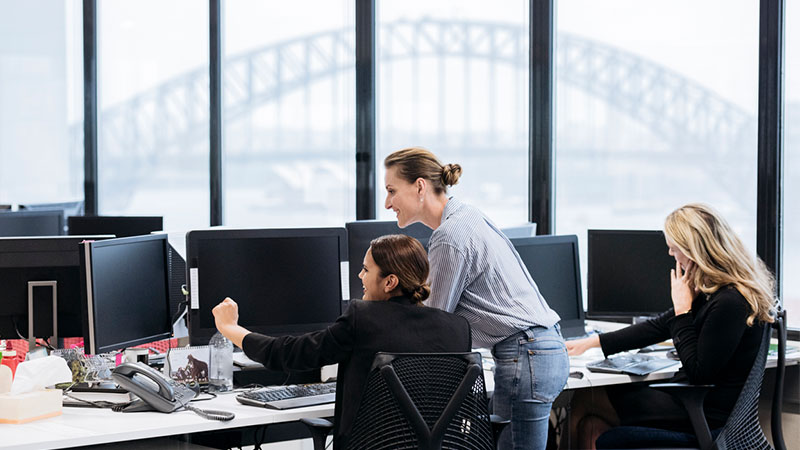 ▲ Earlier this year, UBS forecast that Sydney net effective rents would rise by 12 per cent after jumping 15 per cent last year.

While, analysts have predict a combination of pent-up demand and high pre-commitment levels could absorb both the new space and back-fill created this year and in 2020, net tenant demand has seen minimal pick-up.

The growth in demand was 0.4 per cent for non-CBD markets. Those growth rates compare with 0.7 per cent and 0.2 per cent in the previous period.

“With the lowest vacancy rate since 2008, space is again tight in the CBD although demand is subdued,” Property Council of Australia NSW executive director Jane Fitzgerald said.

“The office market in the CBD needs a release valve – low vacancy and rising rents will increasingly impact our competitiveness as a global city with Melbourne benefitting, as they add more supply over the next four years.”

The data has underscored a mixed picture with demand from the co-working office sector, offsetting some of the decline in other white collar job sectors.

Savills Australia state director Tom Mott said that in the 2,000sq m plus market, the strongest and continual source of demand in the Sydney CBD was from co-working and flexible space operators, despite only making up 2.5 per cent of the market.

“This clearly indicates demand in general at the larger end of town isn’t as strong as it seems,” Mott said.

CBRE associate director Ben Martin-Henry noted that the Sydney leasing market appeared to be in a state of flux as tenants delayed relocation strategies ahead of new supply entering the market.

“This has resulted in more lease renewals as opposed to new lease deals and has meant that rental gains have been more muted than in previous years.”

“A divergence in vacancy between prime and secondary stock would be one trend worth watching on a national basis.”

Melbourne’s CBD vacancy rate was 3.3 per cent, up slightly from 3.2 per cent in January.

New supply and withdrawals accounted for the biggest changes in Melbourne’s vacancy rate, with positive net tenant demand accounting for just 0.2 per cent.