Australia’s housing market is now five months into its recovery, as Sydney and Melbourne drive the turnaround with values up by 2.7 and 2.2 per cent respectively for the month of November.

The national index recorded an increase of 1.7 per cent for the month, with all capital cities but Darwin recording a lift in values.

Corelogic described this as the largest monthly rise in the national index since 2003.

“The question is, how long can such a high pace of capital gains be sustained?”

Taking in the latest Corelogic data, BIS Oxford Economics says indicators show that sales volumes are still down “significantly on the levels of a year ago”.

As a result, BIS expects “quarterly price growth to slow significantly over the second half of this financial year to June 2020 as listings increase”. 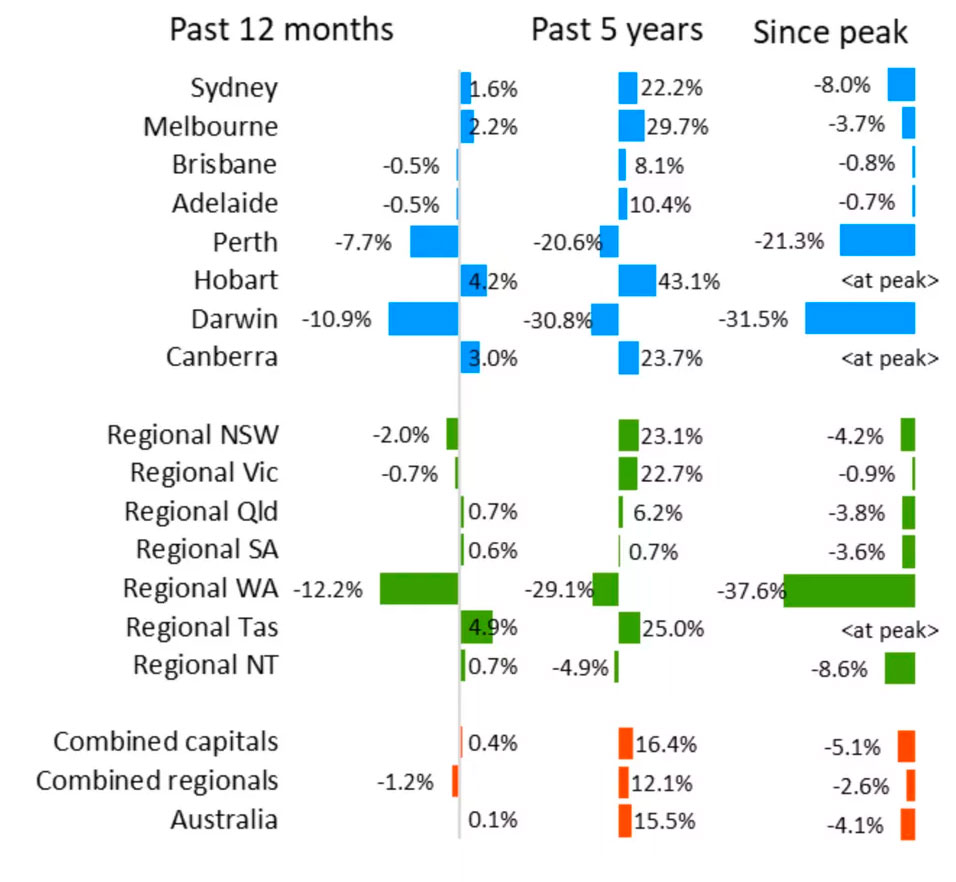 Lawless said that the market is yet to be tested on higher supply levels, with advertised listing numbers remaining seasonally low through spring.

“Considering wages and household income growth remains low,” Lawless added, “economic conditions are losing momentum and housing affordability is once again worsening, from an already high base in the largest cities, there are likely to be some headwinds in maintaining such a fast recovery.”

“With interest rates likely to track lower in 2020, we could see additional stimulus counteracting some of these headwinds,” Lawless said.

RBA governor Philip Lowe last week said that the central bank had ruled out quantitative easing as an economic stimulus measure, but that it would become an option to “be considered” at a cash rate of 0.25 per cent, “but not before that”.

While Australia’s economy has been benefiting from low interest rates, ongoing investment in infrastructure combined with the stronger outlook in the resources sector, analysts have predicted rates to be cut to 0.25 per cent by April next year.

Index results as at November 30 2019: Corelogic 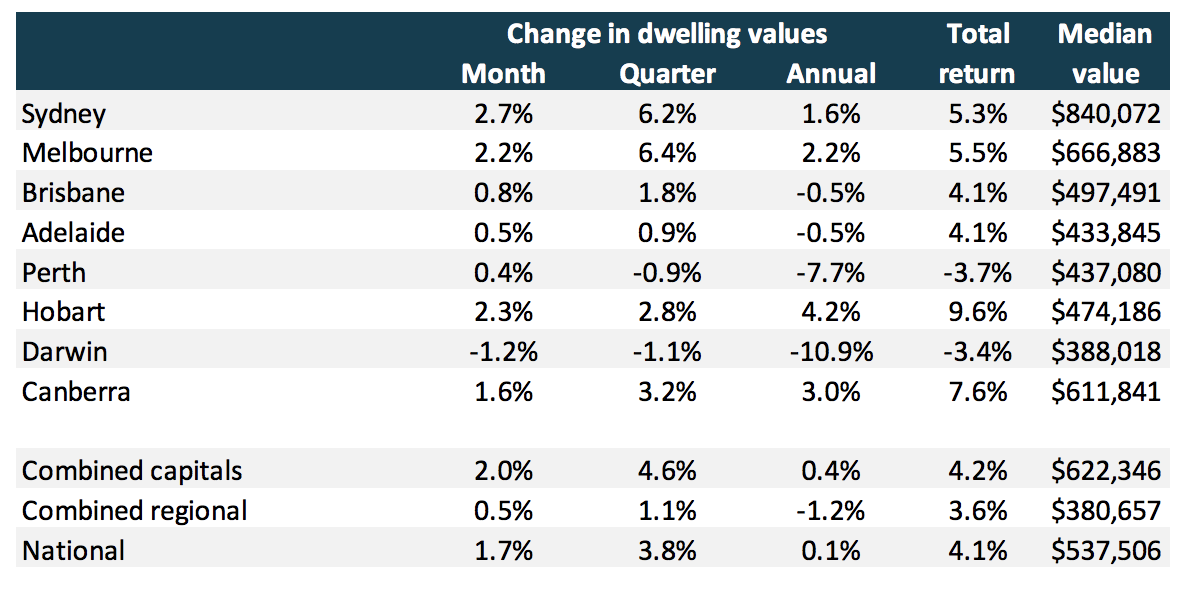 ▲ Australia's dwelling values are now 0.1 per cent higher over the past twelve months.

The index shows early signs of improvement in Brisbane’s market with growth of 1.8 per cent for the 3 months to November, and a slight 0.8 per cent uplift for the month.

Corelogic’s national dwelling value index has recovered by 4.7 per cent since hitting its trough in June, but nationally home values remain 4.1 per cent below their 2017 peak.

Four of Australia’s capital cities returned to positive annual growth, led by Hobart, up by 4.2 per cent, Canberra with a 3 per cent rise, Melbourne up 2.2 per cent for the year, and Sydney, up 1.6 per cent.

While the largest declines remain concentrated in Darwin, down 10.9 per cent and Perth.

While Perth's housing market is down 7.7 per cent for the year, it recorded a slight 0.4 per cent uplift in the November results.

Dwelling values have been trending lower since mid-2014, the index notes this is down a cumulative 21.3 per cent through to the end of November.

“Over the past thirteen years, Perth has seen house values move from being the most expensive across the capital cities to now be the lowest,” Lawless said.

“Great news for first home buyers, however Perth home owners have seen a material reduction in their wealth over the past five and a half years.”

Looking ahead, BIS noted that by June next year, it expects Sydney median house prices could be up nearly 14 per cent on the June quarter of 2019.

While in Melbourne BIS forecast house prices could increase 12 per cent over the year to June 2020.