US-based build-to-rent giant Sentinel is on the march, putting its sizeable foot on its first Queensland site in a strategic move for some northern exposure in the Australian market.

In a significant move for the emerging asset class, it has swooped on a 1.44ha development site at Robina on the Gold Coast in a deal believed to be worth close to $20 million.

The acquisition of the development-ready parcel at 5-8 Stadium Drive—next to one of Queensland’s biggest sporting arenas—heralds not only Sentinel’s debut in the Sunshine State but the first purpose-built institutional build-to-rent play on the Gold Coast by one of the sector's powerhouse platforms.

The Gold Coast became home to Australia’s first large-scale build-to-rent community, The Smith Collective, with the transition of the 2018 Commonwealth Games. Locally-based Homecorp Property Group also has been an early adopter of the build-to-rent model.

Sentinel plans to deliver and manage about 300 rental apartments across the planned development, which will target carbon neutral certification and a 5-Star Green Star rating.

The site is adjacent to Robina Stadium and between the city’s future 2032 Olympic Athletes’ Village and sprawling Greenheart parkland project.

It spans four adjoining lots and is zoned for buildings up to eight storeys. A new TAFE campus and Bond University’s expanding health and sport campus also are nearby. 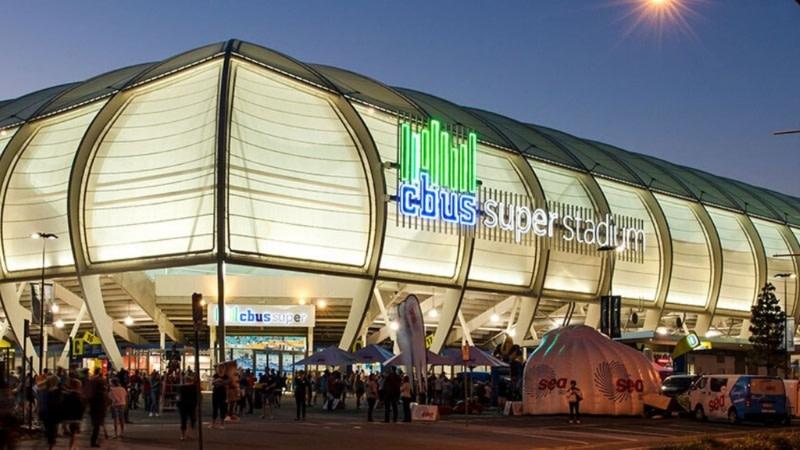 ▲ The site for Sentinel’s planned Queensland debut is near the Gold Coast’s Cbus Stadium.

The deal brokered by CBRE and Colliers comes as the rapidly maturing build-to-rent sector—known as multi-family in other countries—continues its rise in Australia amid a housing supply crunch and record-low rental vacancies.

Sentinel was an early mover in the asset class, delivering Australia’s first purpose-built institutional build-to-rent development in 2019 at Subiaco in Western Australia.

Its move into the Queensland market follows the successful completion and leasing of its flagship Element 27 build-to-rent development in WA as well as the construction of its first Victorian project comprising 172 apartments north-west of Melbourne’s CBD and due for practical completion later this year.

“After bringing our premium and sustainable build-to-rent communities to WA and Victoria, we’re excited to expand our footprint to the Sunshine State,” Sentinel’s Australian managing director Keith Lucas said.

“This is especially important as rental vacancy rates in Queensland continue to tighten and areas like Robina expect to see a significant boom in population and jobs growth over the next decade.”

▲ Pictured: Sentinel’s completed WA build-to-rent block in Subiaco; its redevelopment of the Briscoe & Company building in West Melbourne, and its Republic tower in Philadelphia in the US.

Sentinel’s new charge on the Australian market has been bolstered by its partnership with Dutch pension fund manager PGGM to develop and manage a $1.5-billion portfolio in the sector.

Under the partnership announced in August last year, one of the sector's largest single war chests will be invested into rolling out a national portfolio of about 2500 build-to-rent apartments.

According to Ernst & Young forecasts, during the next 10 to 15 years the sector has the potential to rapidly grow to account for 10 per cent of the nation’s rental pool—the equivalent of 375 projects totalling 350,000 apartments worth an estimated $320 billion.

Other players in the sector include US platforms Greystar and Hines as well as Meriton, Gurner, Altis, Blackstone, Live Local, Samma Property Group, Novus and Alt Living.