The Australian Performance of Construction Index released today fell by 4.2 points to 46.2 in June, after months of positive or stable construction activity.

Only the engineering sector—which includes bridges, roads and industrial, such as factories and warehouses—showed an increase in activity, rising 5.3 points to 57.1.

According to the index, released monthly by the Australian Industry Group in partnership with the Housing Industry of Australia, readings below 50 show a contraction in activity.

AIG director of research and economics Jeffrey Wilson said the Australian construction industry generally was facing significant pressures, however, when it came to house and apartment building, he placed the blame squarely on rising interest rates.

“What is getting housing construction specifically in the Australian economy right now, as distinct from other parts, is the Reserve Bank’s move towards raising interest rates over the cycle,” Wilson said.

“We have seen in May, in June, now in July that we are having these rises.

“Everyone is sensitive to interest rates, but the housing industry is especially sensitive because of the number of households borrowing, so what we are getting now is a rate-tightening cycle, which means new demand is coming off as well.”

In fact, while new orders remained stable in engineering construction, builders reported those in housebuilding, apartments and commercial fell by a total of 7.5 points to 45.8 points

Builders also had to contend with labour shortages and an almost 12-month-long rise in wages, according to the index.

The supply of building materials deteriorated further in June, decreasing by 5.6 points to 39 points. All sectors reported delays and shortages in supply. 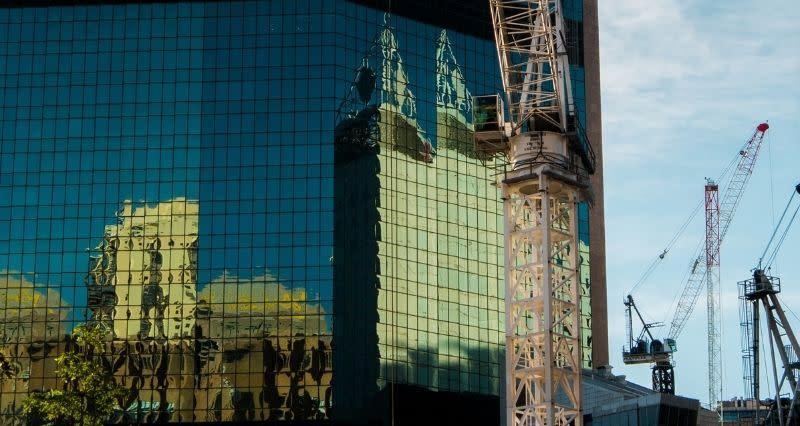 ▲ Building activity is expected to continue to decline over the next three months.

“The supply constraints have pretty much been there for the last 18 months for the construction sector,” Wilson said.

“There are massive, chronic labour shortages in Australia at the moment but also supply chain issues because a significant amount of building materials is imported.”

He forecast the downward trend was likely to continue.

“So, there’s a two, three month gap between when you see new orders to the actual activity on building sites, but now that period has dilated again during the pandemic so that could be even longer.

“My view is that if you look at those structural drivers, then the industry is under pressure on the supply side, and the interest rate rises are going to drag on the demand side as well. I would expect this trend to continue.

“The one thing that does make the construction industry interesting is the lead time on orders.  There was good new order activity in previous months, but changes for new orders in June don’t necessarily mean less work in July.

“But we are seeing demand going down now and therefore we can expect to see activity continue to decline over the next three months as that works through the pipeline.

“Of course, the question then becomes in three months—how far have interest rates continued to rise and what does that do to consumer sentiment?

“And then you effectively have to take stock of that and look ahead another three months to see where you are in six.”