Australia’s commitment to achieving net zero carbon emissions by 2050 is prompting a boom in renewable energy projects around the country.

It is having flow-on effects in terms of construction and development across regional Australia as well as supporting property prices in rural areas, prompting those in the industry to point to its growing importance to rural communities.

Fifty per cent of Australia’s main electricity grid is expected to come from renewable sources by 2025, with this figure reaching 65 per cent by 2030. It’s estimated an average of $2.1 trillion a year will need to be invested between 2022 and 2025 to reach net zero emissions by 2050.

Among the dozens of other renewable energy projects going on around the country, there’s two wind and solar farm and battery projects in Goyder in South Australia worth $3 billion and $1.17 billion respectively.

A $1.61-billion renewable hydrogen project as well as solar and wind farms are being built in Gladstone in Queensland.

“These projects reflect Australia’s commitment to net zero carbon emissions by 2050. A pipeline of future initiatives in this sector were also outlined in the 2022 federal budget,” Mardiasmo says.

The Clean Energy Finance Corporation (CEFC) is driving a range of developments. So far, it has invested $10.3 billion in renewable energy projects and it has another $4.6 billion to spend. 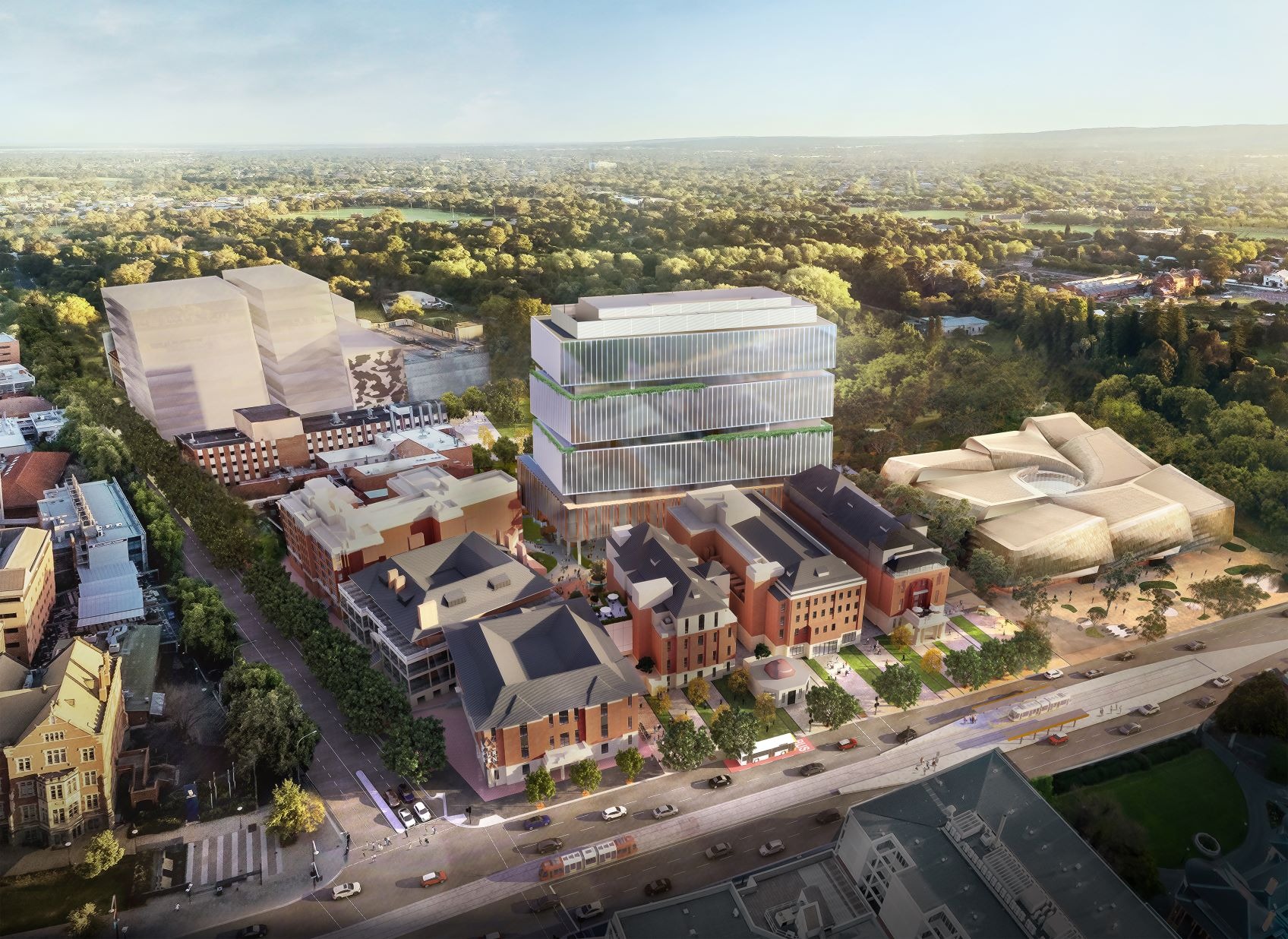 ▲ An impression of the Adelaide development Lot Fourteen.

Its Blind Creek development, part of a joint venture with specialist renewable energy developer Octopus Australia, is a solar and storage generation facility near Bungendore in NSW.

When it’s built, its 350MW solar farm will produce up to 735,00MWh per year, enough to power more than 124,000 houses. Lamb farming will continue alongside the solar farm.

The Gippsland Renewable Energy Park, another JV between CEFC and Octopus Australia, is a large-scale clean energy park in Gippsland, an area that has been an important contributor to the National Electricity Market for many years.

There’s so much development going on around renewable energy projects in regional Australia, it’s influencing the nature of new development in urban centres. For instance, there’s enough clean energy being produced in South Australia, new buildings are being designed and built so they are solely powered by renewable sources.

Renewable energy is an entirely new industry in many regional areas, which has flow-on effects across commercial and residential property developments.

Mardiasmo says the volume of residential developments planned in regional areas in 2022 and 2023, particularly for stand-alone houses, is much greater than for capital cities, in part due to the renewable energy development boom.

“Many of these projects are in areas that still have a low and very affordable median house prices,” she said.

“For example in Goyder, the median house price is still under $250,000. In fact, properties in most areas where clean energy projects are being built are still undervalued.

“But during the past 12 months, there has been price growth alongside a rise in the number of sales.”

Octopus Australia estimate that construction of the Gippsland Renewable Energy Park will generate hundreds of jobs in the region, which comes with a secondary boost to local businesses that fill a wide range of services to support developments.

“Having a wind or solar project built in a regional area can deliver a significant boost to the region’s economy, providing opportunities for local businesses across the economy, including hospitality, retail, fencing, roads and security.”

For example, Beon, a contractor that has built several solar projects in which CEFC has invested, makes a significant effort to offer local employment opportunities in the community, including for traditionally disadvantaged groups. 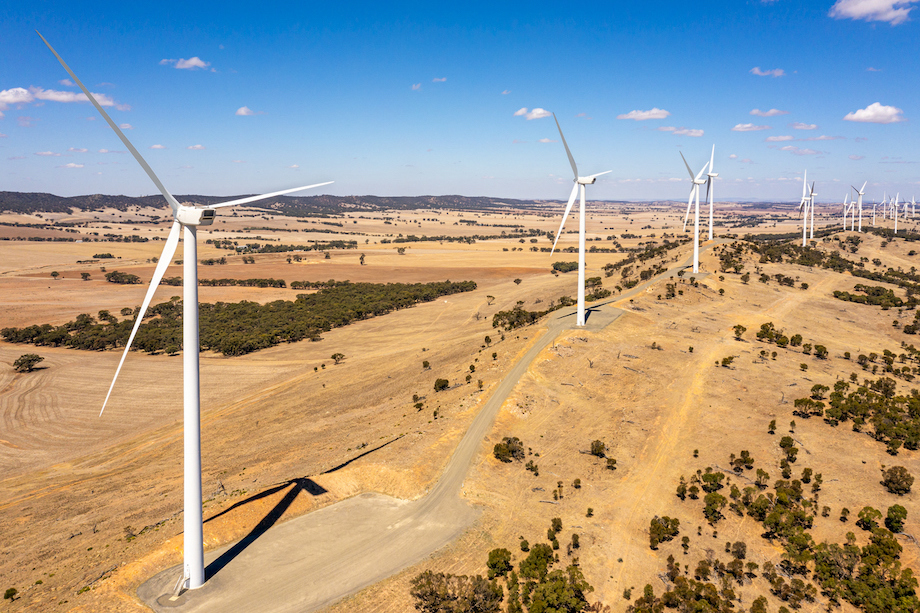 ▲ Employment created by the projects is substantial and can play a key roles in a rural community’s viability.

One ACTU report notes on one solar project, Beon has provided employment opportunities to 90 long-term unemployed people, 38 Aboriginal people, 14 people from culturally and linguistically diverse backgrounds, 12 people on community-based orders and four people with a disability.

“Providing these opportunities not only boosts the local economy but also really changes the personal trajectory for individuals by skilling them up to participate and benefit from the significant amount of work that will need to be done in regions for the energy transition,” says Miller.

This is particularly relevant in light of the challenges that have affected regional Australia in the last few years including bushfires, drought and, more recently, floods as well as the decline of local industries that might include timber and coal-based generation.

“Regional hubs of renewable energy have been developed in towns like Port Augusta, Collinsville and in the coming years the Gippsland region, and local businesses in these towns also benefit from the ongoing operations and maintenance opportunities.”

▲ Clean energy projects and traditional uses of the land including farming can co-exist.

“This can make a meaningful difference to individual farmers who can drought-proof their farm earnings and help maximise the possibility of the farm remaining in the family for future generations. Smaller scale renewable energy projects can support regions too.

“The CEFC has worked with agriculture and food businesses that are cutting costs and improving productivity by investing in energy efficient equipment.”

Regional areas will only continue to benefit as the pipeline of renewable energy projects gathers pace around the country towards the 2050 net zero emissions deadline.