Dr Fleur Watson’s favourite building among the more than 200 on offer at this year's Open House Weekend in Melbourne is the Victorian Pride Centre in St Kilda, and she’s urging us all to go see it.

“I just think it's such a wonderful community space, both for the community and also for the whole of Melbourne, to experience this kind of safe and welcoming environment,” Watson says of the first purpose-built centre for Australia’s LGBTIQ+ communities.

Or if your architectural tastes lie elsewhere, she’s suggesting The Capitol at RMIT University, the first extravagant “picture palace” to be built in Victoria and designed by the celebrated architects Marion Mahony Griffin and Walter Burley Griffin in 1924.

“It’s often quite hard to get into unless you're seeing a special screening or an event,” she says. “So to be under that wonderful ceiling of The Capitol is pretty special.”

She’s also fond of the Carrum Station on the Frankston rail line, which she says is “as much an infrastructure project as it is a landscape project, with a significant indigenous engagement in the design”.

And Watson should know. The executive director and chief curator of the Centre for Architecture Victoria has a PhD in architecture and design, has held senior curatorial roles in Australia and internationally for more than a decade and has recently authored a book on the subject.

All three of “her favourite designs” are included in the more than 200 buildings that will open their doors and their designs to the public at the end of this month, as part of Open House Weekend Melbourne 2022. 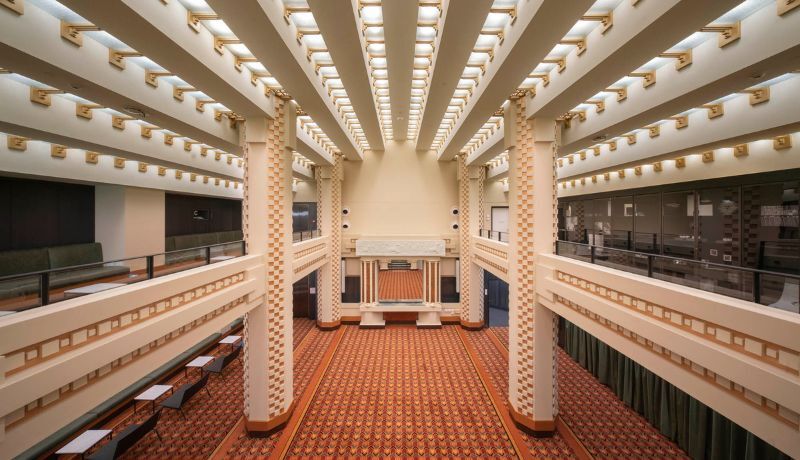 ▲ The salon and lounge in The Capitol at RMIT University which has been ovingly restored to its 1924 splendour. Main image: the Springvale Community Hub

Registered charity Open House Melbourne stages the event and this year is the biggest program so far, and the first in-person weekend in three years. 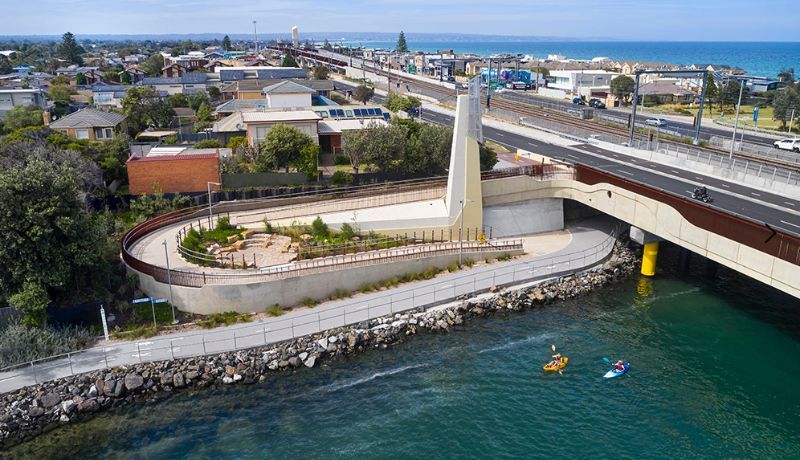 “And it's about experiencing these spaces. Often they're spaces that you may not have been able to see before or perhaps they're not normally open to the public.

“Perhaps there is an insight into some of the stories behind that building, the way the design has developed if it's a contemporary building, or it might be some of the social history elements if it's a heritage building.

“And increasingly those spaces in between buildings as well, whether they're landscape spaces, community spaces or public gathering spaces—they are equally as important,” she said. 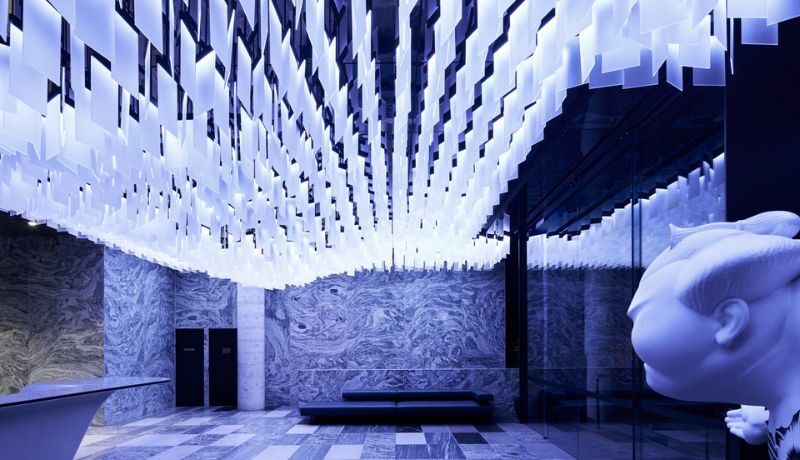 ▲ Market Lane: a people-centred workplace of five levels of office space, food and drink and high-tech facilities. The design team will give a guided tour as part of the program.

This year’s weekend, the organisation’s 15th since it began, includes an addition that turns the city into a living exhibition space. Take Hold of the Clouds, a co-curated exhibition with Tara McDowell from Monash University, will embed eight works by international and local contributors within some of Melbourne’s best-known architectural spaces.

“That's quite an exciting project for us because it allows us to not only open up these seven incredible sites that are very different and diverse, but also to commission a new artwork or creative work that gives a different perspective in which to see these buildings,” Watson said.

There is an open-speaker series on Friday night with architects and designers discussing the theme of Built-Unbuilt, within The Capitol RMIT building. 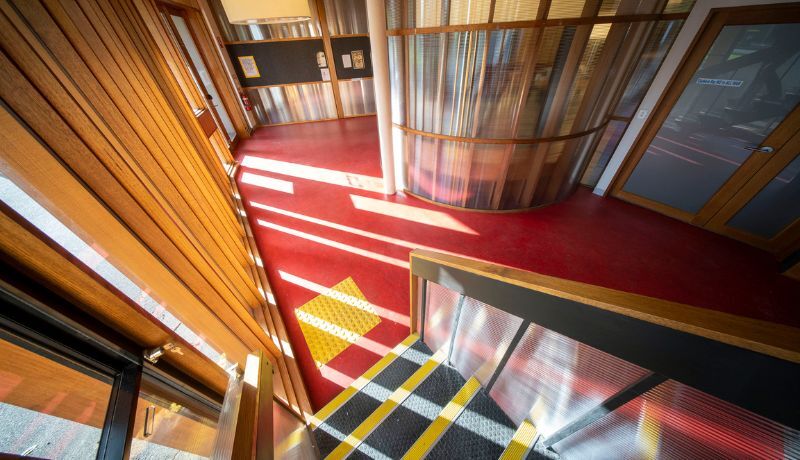 ▲ The Quakers Centre in Melbourne: a centre and symbol of world peace.

And the weekend will close with the new chief executive of the Melbourne Arts Precinct Corporation Katrina Sedgwick delivering the Heritage Council of Victoria’s annual heritage address.

The open house concept was founded in London in 1992 by Victoria Thornton and has since spread to 40 cities around the world. Open House Melbourne is a not-for-profit, with four full-time staff and about 500 volunteers. Funding comes from Melbourne City Council and Creative Victoria.