Melbourne’s booming greenfield market continues to grab the attention of developers from across the nation, with two separate land parcels selling in Melbourne’s outer north and south-east for a reported $400 million.

Sydney-based developer Goldmate Group beat out the likes of Stockland and Frasers to acquire a 92-hectare site in Clyde North for $200 million, while Melbourne-based Zeng Xiong Lin has purchased a 600-hectare farm in Beveridge for $200 million.

The new developments could eventually accommodate 7,000 new homes with an estimated end value of more than $4 billion.

These two acquisitions are part of a wave of recent land grabs aiming to take advantage of surging lot prices and a limited supply of new homes.

Melbourne-based developer Growland has also been active on Melbourne’s western growth corridor purchasing a 65-hectare site for $73 million in Tarneit and a 26.18-hectare site in Fraser Rise. 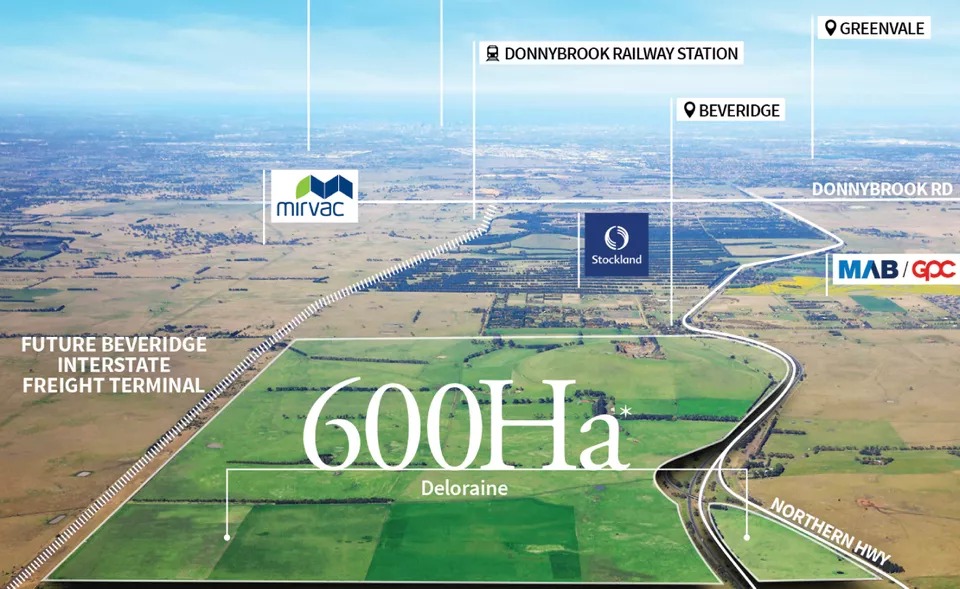 Melbourne’s growth corridors – which currently account for 40 per cent of the national land market, have not only seen a surge in new developments but also in median lot pricing.

The gain of $100,000 over the past 12 months has been the result of strong population growth, inadequate levels of new housing supply, planning bottlenecks, delays in getting key infrastructure into new estates and in some cases developer profiteering.

As it stands, Victoria’s population is rising by 2.3 per cent every year, with approximately 2,850 new arrivals every week seeking affordable housing.

Research from Victorian residential land sales and marketing agency RPM Real Estate Group reveals the current median lot price of $323,000 will moderate at around $350,000, as anything higher will quash the first home buyer market.

This trend is already evident in the south east where the current median of $353,700 has priced out many first home buyers.

This affordability crisis seems to be deepening with RPM revealing sales for the month of March fell 32 per cent from the same month a year earlier.

“Developers are coming to the party to get supply into the market with a product that buyers want, which is key to addressing housing affordability more so than demand-side incentives such as first-home buyers grant,” RPM head of communities Luke Kelly said.