They’re the words from Marquette Properties managing director Toby Lewis as the ink dries on a $96-million deal to buy the leaseholds on some of Sydney’s most prime retail offerings.

Lendlease hived off the retail stratum at Barangaroo, home to some of the city’s top restaurants, with Brisbane-based Marquette Properties making its first play in NSW to secure the 20 tenancies and basement parking across the two buildings.

It’s been a busy year for Marquette after adding the blue-chip Blue Tower for $420 million to its stable this year and the nearby Gold Tower last year for a cool $285 million.

But Lewis says although there are economic headwinds, inflationary pressures and construction volatility at play in the market, their job is to perform in every cycle.

The funds manager is unequivocal about his remit when it comes to property investments. And while we’re not talking about back-pocket change, Lewis remains down-to-earth about the size and scope of the business—and where it’s headed.

“We’ve sold two and bought two (in the first half of 2022). We’re not a big business, we’ve only got seven properties at the moment,” he says.

“It’s about buying what we want, when we want for a good price and adding value where possible.

“I think we are in uncertain times but our job is to be able to make money and perform through all cycles … we’re not seeking super scale.”

Marquette Properties completed its equity raising of more than $50 million to close out the $96-million deal to acquire the leaseholds of the retail stratum across the Barangaroo buildings from Lendlease on June 30. 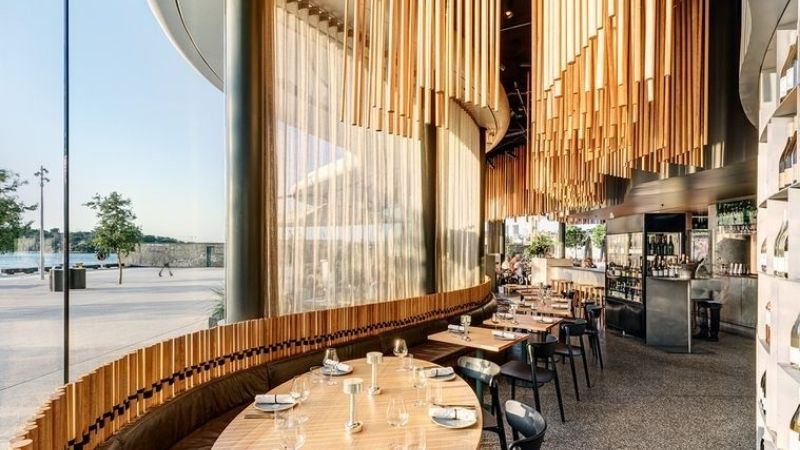 ▲ Marquette Properties has splashed $96 million buying up the retail component of Barangaroo South in its first foray into NSW.

The leaseholds are for 20 tenancies with some of the best restaurants in the area.

The deal took five weeks to cement, while equity raising was over a “couple of weeks” with mum and dad private investors opting in, according to Lewis.

He says that despite the economic headwinds in the market at present they were able to get the deal over the line due to the rarity of this offering. The acquisition is syndicated across 100 investors.

“The property is only seven years old and developed and built by Lendlease, which gave myself and investors confidence in the quality and rarity of this property in Sydney,” he says.

“Part of what attracted us to this property was there was almost no construction required, in these times of volatile construction costs.

“There’s so much more to go in Barangaroo with the amount of construction going on, the train station, the casino is reopening, and the new Aqualand project.”

The property fund has a portfolio that is primarily Queensland-focused with assets across office and retail. Marquette’s investment thesis centres on adding value, acquiring cycle-resistant assets, and achieving strong yield compression.

Barangaroo South is Lendlease’s $10-billion carbon neutral commercial and residential precinct, which is due for completion in 2026.

Retail continues its resurgence with Australian Bureau of Statistics recording a 0.9 per cent growth in May this year, a 10.4 per cent increase on the previous year. Cafes and restaurants recorded a 1.8 per cent monthly increase in turnover, while department stores led the charge.

The retail component at Barangaroo South is Marquette’s first acquisition in the Sydney market and Lewis says he is looking to cash in on more opportunities should they become available.

While he says there are no deals waiting in the wings in the near term, the business is working on its plan for the new financial year and the outlook is mostly sunny.