Business confidence on Queensland’s Sunshine Coast continues to increase with almost 90 per cent of commercial operators expected to maintain or increase staffing levels this year.

With a number of major infrastructure projects either planned or under way, the region’s gross regional product is expected to soar from $16 billion to $33 billion by 2033, triggering a boost to employment and household incomes.

The new Maroochydore City Centre which is currently under construction, is in the box seat to capitalise on the region’s strengthening commercial sector.

SunCentral Maroochydore chief executive John Knaggs, who is overseeing the design and delivery of the CBD, said the new city centre was in the heart of the Sunshine Coast — one of the largest regional economies in Australia.

The 53-hectare greenfield site in the centre of Maroochydore is one of the largest urban regeneration projects in the country with a former golf course being transformed into a CBD for the future.

Knaggs said $10 million had already been invested in underground telecommunications and data infrastructure that will ensure the new CBD is one of the most digitally advanced cities in the country. 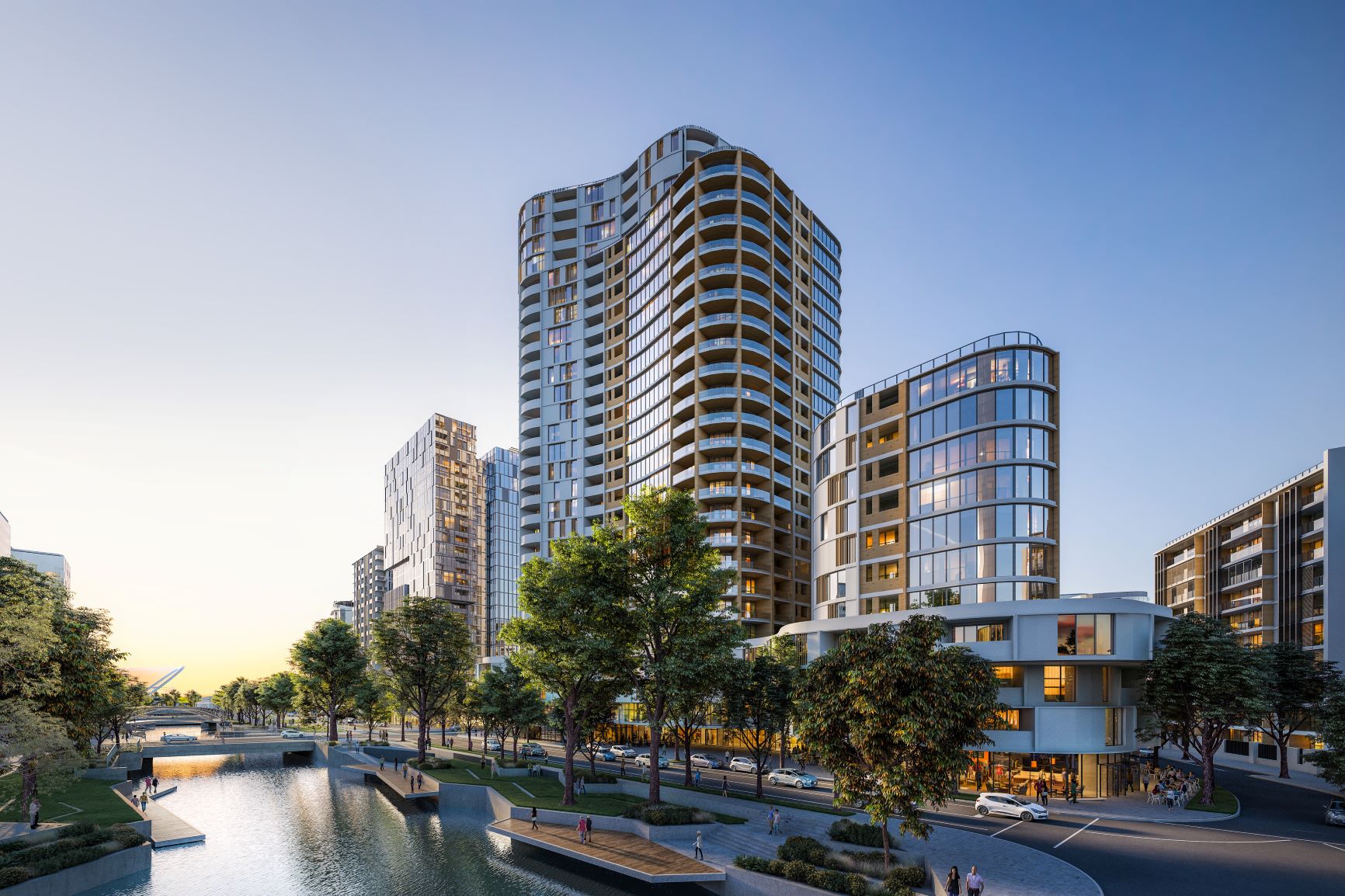 The new Maroochydore City Centre which is currently under construction, is in the box seat to capitalise on the region’s strengthening commercial sector.

“It will be a high-tech, cleaner, greener, dynamic city centre which is appealing to emerging and growing businesses,” Knaggs said.

“Apart from strong business confidence, the region’s population is expected to continue to grow faster than the national average with more than 500,000 residents predicted to call the Sunshine Coast home by 2040.

“With its contemporary urban design as well as it residential, commercial and lifestyle facilities, Maroochydore CBD will cater not only to people of today, but also to future generations.”

Recent research has shown that the new Maroochydore CBD is perfectly positioned to take advantage of the region’s business growth.

The Sunshine Coast was one of the most economically and geographically significant regions in the country and that population growth over the next two decades would be highly supportive of a CBD.

Expansion of the Sunshine Coast International Airport and a parallel taxiway, which was expected to be completed by the end of 2020, would also be a boost for the local economy and businesses.

The new international broadband submarine cable, which will land at the doorstep to the new CBD in 2020, would provide the fastest data connection to Asia from the east coast and would drive jobs and investment growth, particularly amongst big data and technology firms.

Knaggs said the next generation would experience rapid economic and technological change and the new CBD would be in prime position to take advantage of that.

He said continued growth in the medical, technology, education and training sectors would have a significant impact on the way the region evolved.

The Urban Developer is proud to partner with SunCentral to deliver this article to you. In doing so, we can continue to publish our free daily news, information, insights and opinion to you, our valued readers.