[+] Is Australia Feeling the Waitrose Effect?

It is a simple fact that the location of a development and the profile of its neighbours will have a profound impact on its saleability.

Buyers look for convenience, so a supermarket nearby is a big plus. Increasingly, buyers are attracted to more up-market food retailing options.

In the UK studies have shown that the average house price gain from properties within walking distance of an upmarket grocer is 25 per cent in some locations—and as much as 50 per cent in London.

The house price hike phenomenon dubbed the “Waitrose Effect” has shown that the average UK home can fetch up to $80,000 more in suburbs where there is a Waitrose or Marks & Spencer store.

While Tesco and Sainsburys have been taking over traditional corner store retailers for the past decade in the UK, providing one-stop convenience to suburban neighbourhoods, Waitrose has muscled in more recently, sending house prices up.

But does a similar phenomenon occur in Australia? While comparable research doesn’t exist yet, there’s no doubt that property prices increase when developments pop up in sought-after neighbourhoods with a healthy mix of conveniences.

House prices have surged by 23.9 per cent nationally in the 12 months to February 2022, the largest annual increase since 1989, according to Corelogic.

The upswing saw almost every capital city and region reach record highs, with the exceptions of WA and the NT. 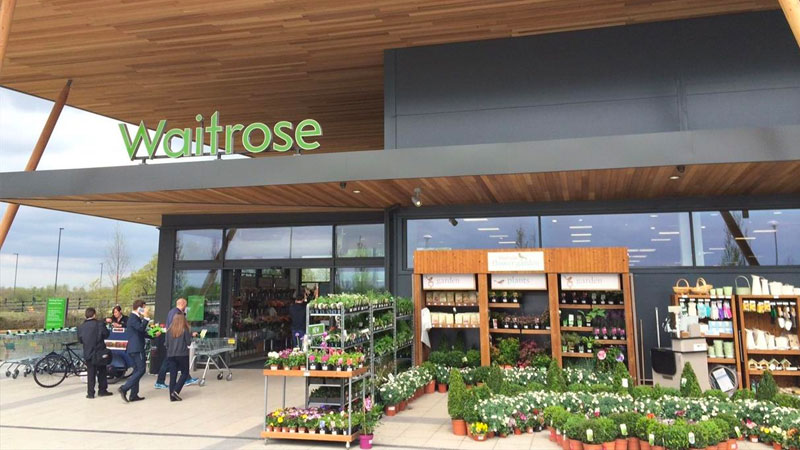 ▲ Homes in the UK with a Waitrose supermarkets close to them have shown dramatically higher sale prices than those without.

Agents and developers are adamant that a premium grocery retailer can have a similar impact on housing prices.

“The ability to pop downstairs to purchase a lemon or a fine bottle of wine for dinner definitely impacts the price people are willing to pay. It can definitely be up to 20 per cent more if it’s a luxury convenience store,” he says.

Melbourne property developer Daniel Senia says that proximity to infrastructure, services and amenity can have a direct impact on the price a property can fetch.

“We see this impact in every new development we build in. Developers that add parkland, shopping complexes, schools and other facilities demand a higher premium per allotment, therefore attracting a more affluent purchaser,” he said.

“This leads to a land estate with a higher resale price point than neighbouring developments, even in the same suburbs.”

The agent for Queensland’s $450-million Aviary Toowong development adds that securing Harris Farm as the first major retail in the precinct was “a huge endorsement”.

CBRE head of shopping centre leasing Lewis Torkington, agrees: “Harris Farm is an outstanding anchor for the precinct and will set the tone for the quality that customers will have to look forward to.”

Data prepared by PRD Real Estate chief economist Dr Diaswati Mardiasmo reveals that some suburbs do achieve price growth a year after a Harris Farm store opens in that area.

Prices in Mosman, Clayfield, Bathurst, Bowral, Isle of Capri, Lindfield and Randwick grew, but it isn’t the case in all locations—Potts Point, Rose Bay and Leichhardt did not record the same kind of growth.

Whether or not a luxury supermarket brand will push up property prices in Australia similar to the Waitrose Effect is a tricky conclusion to make, she says.

“The price can rise, if that’s the only ‘event’ happening in a particular suburb. That is: there are no supply/demand issues, no other infrastructure such as schools, hospitals and transport nodes, and no other commercial or retail entity opening. Only then can we confidently say that the Waitrose Effect happened,” Mardiasmo says.

“However, in the current market, it’s hard to tell, as many suburbs across Australia are experiencing exponential price growth due to an imbalance in supply and demand issues.” 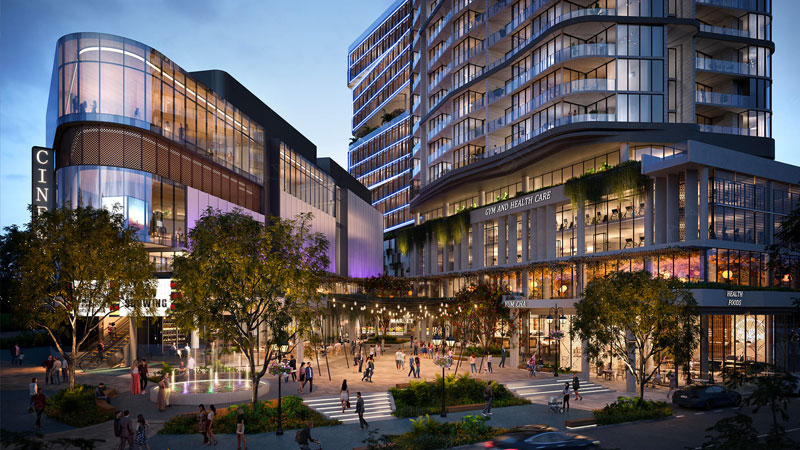 Research shows that Australians have a tendency to judge a suburb by its schools, infrastructure and the availability of green and public space.

“Very rarely would there be a case of choosing a suburb because of one lead retailer entering the area,” Mardiasmo says.

“If it’s a shopping centre with multiple retailers, then yes, the chances of it impacting property prices goes up, but very rarely because of one retailer.

“There is a possibility that the entrance of a lead retailer causes a multiplier effect, with other retailers entering the area, gentrifying it, and drawing more people into the area, hence demand shoots up.

“This would be more for suburbs that weren’t previously well equipped to start with, in terms of amenities, which is usually outer fridge areas 20kms from the CBD, or regional areas.” 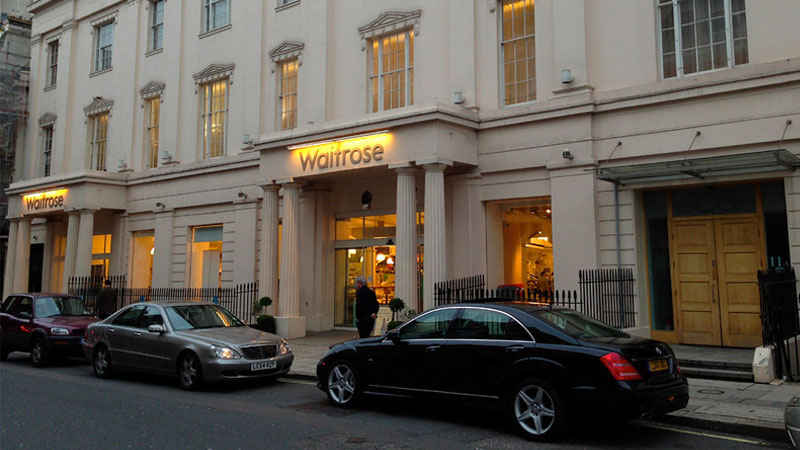 ▲ Waitrose’s reputation as the ‘posh’ supermarket, such as this outlet in upmarket Belgravia in London, is a big part of its effect on home prices.

Harris Farm not so sure

But Harris Farm co-chief executive Luke Harris isn’t convinced that their stores can elevate housing prices in a neighbourhood like the Waitrose Effect.

Harris Farm has nearly 30 stores in its network, and will open a further five stores this year as part of its turbo-charged growth plan.

The stores, two in Sydney and three in Victoria, as part of plans to double store numbers across the country. The developments are getting bigger too, with super stores and shop-top developments now a part of the mix for Harris Farm.

“Realistically, I think what’s occurring is that we recognise the up-and-coming areas and invest in them when they’re slightly below market value when there’s still room for growth. And then these areas grow in value by 20 per cent once we open,” he says.

Harris recalled a conversation at a community consultation meeting where a resident living next to a new Harris Farm store expressed concern about early morning deliveries. Harris agreed to ensure deliveries were at acceptable hours of the day.

“I ended up saying to him: ‘you do realise that us being in your neighbourhood will add 10 per cent to the price of your home?’,” Harris says.

He bumped into them six months later and asked how things had been since the store opened.

“He told me that I lied about the 10 per cent price rise … the value of his home had increased by 20 per cent in six months,” Harris says.