The infrastructure investment boom will play a crucial role in Australia’s road to economic recovery.

Infrastructure projects are critical to accelerating Australia’s economy in a post-Covid environment, with major investment announced in both traditional and emerging sectors.

Australian governments recognise the importance of Building Information Modelling (BIM) in the delivery and management of such vital asset development.

And when it comes to Australian BIM tools, Uniclass 2015 is the government recommended classification system.

Uniclass 2015 has been recommended for use in Victoria and by Transport for New South Wales (TfNSW).

The Queensland government has also made its own announcement recommending the use of Uniclass 2015 as “best practice” to provide consistency to industry on fundamental aspects of BIM. 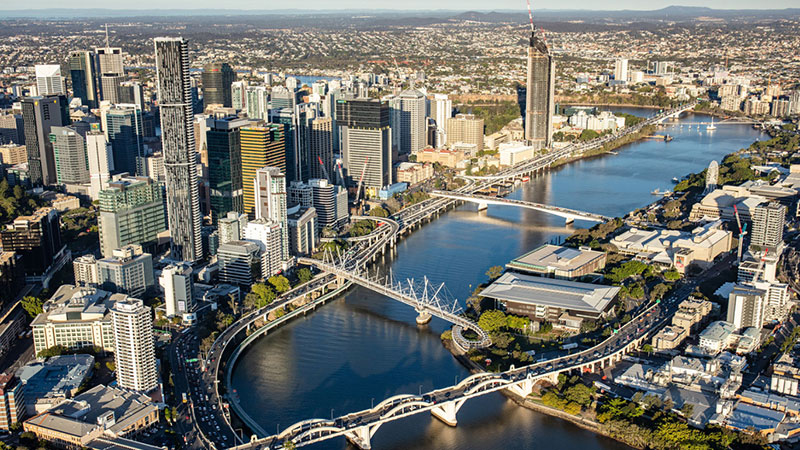 ▲ The Queensland Government’s recent announcement, through the QGCDG, have recommend the use of Uniclass 2015 in alignment with best practices to provide industry consistency on BIM.

“A coherent classification system for the entire supply chain is essential if we are to realise the full benefits of BIM,” Michael Hogg of NBS says.

“This is mainly due to the fact that the seven pre-existing classifications used here in Australia were developed independently of each other, were not intended to be interoperable and therefore do not fulfil the requirements of ISO 19650.”

Classification is needed in the construction industry. And in the BIM environment, the benefits of digital interoperability are huge.

Why Uniclass 2015 is being implemented across Australia

Uniclass is the native classification system with Chorus, the easiest way to specify it outside of excel tables.

In its digital engineering framework, TfNSW mandates the application of Uniclass 2015 for its infrastructure projects.

In September, New South Wales called itself “the infrastructure capital of Australia” with the state announcing a $3 billion infrastructure spend as part of its own Covid recovery strategy, and its budget set to be handed down in mid-November.

The Victorian Digital Asset Strategy (VDAS) recommends the use of Uniclass 2015 in adopting best practices in innovative technologies.

“If an existing asset classification system is being used, it should be mapped to Uniclass 2015 and reviewed to align with digital engineering tools and processes,” VDAS notes under assest classification.

Following Victoria and New South Wales’ leading the industry, Queensland has also rolled out its own Uniclass 2015 announcement.

In its Capital Program 2020 update, the Queensland government announced a four-year $51.8 billion program of infrastructure works.

Committed to the use of BIM on projects and to working collaboratively with the private sector, the Queensland Government Customer and Digital Group (QGCDG), released its requirements for BIM, specifying the use of Uniclass 2015.

In its announcement, the Queensland government said that “the metadata schema and asset classification system requirements should be based on the use of, or ability to map to Uniclass 2015.”

“As Uniclass2015 has been recommended for use in Victoria and in Transport for New South Wales, adoption by the Queensland government provides consistency to industry on a fundamental aspect of BIM.”

“Further, given the development, maturity and recognition of standards in relation to BIM, it is recommended- at least until an agreed policy is formed- that implementations adhere to best practices as articulated in ISO 19650-1:2018 and ISO 19650-2:2018.”

The Queensland government’s recent announcement recommends the use of Uniclass 2015 in alignment with best practices, Hogg says.

Backed by the Royal Institute of British Architects, NBS has offices throughout Australia. Its 300,000-plus users include the likes of Woods Bagot, AECOM, JLL, Transport for NSW, and Architectus.

Uniclass 2015 is more comprehensive than any alternative BIM-capable classification system and the tables serve all sectors and disciplines across the project timeline.

As we climb to a post-Covid economic recovery with billions of dollars worth of infrastructure spending on the way, new projects and tenders will need to adhere to BIM guidelines.

The Urban Developer is proud to partner with NBS to deliver this article to you. In doing so, we can continue to publish our free daily news, information, insights and opinion to you, our valued readers.