Developer ICD Property’s 183m residential tower in the heart of Auckland has been approved.

The 55-storey tower at 65 Federal Street in the heart of the Federal Street precinct has been designed by Woods Bagot and New Zealand firm Peddlethorp for ICD Property’s first international project.

The projected value of the completed building is around $600 million. It will become New Zealand’s second tallest residential building after Seascape at 187m, which is currently under construction in Auckland, or Tamaki Makaurau.

The tower will comprise 357 apartments with the ground floor set aside for a 1000sq m market place to include cafes, restaurants and areas for events and classes. 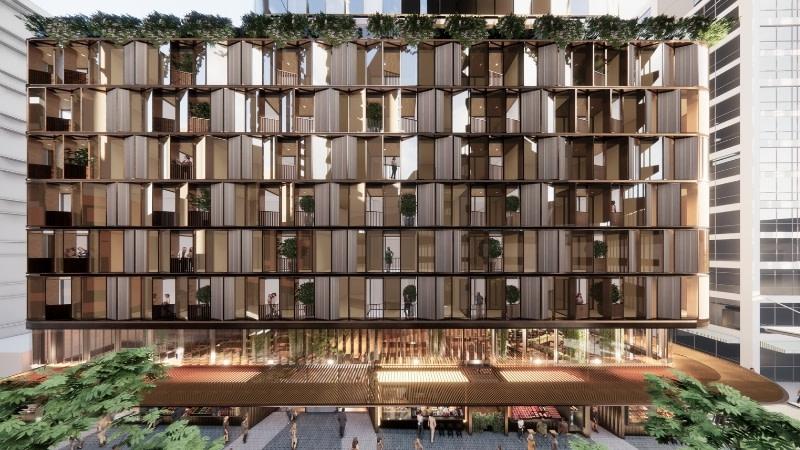 The 38th floor will have a communal area overlooking the city, a large lounge area, and a commercial kitchen for community events while the eighth storey will have a health and wellness centre with a pool and a gym.

The plans take into account the redevelopment of Federal Street as a pedestrian laneway.

It will rise just a few doors down from the tallest freestanding structure in the Southern Hemisphere, the 328m Sky Tower. 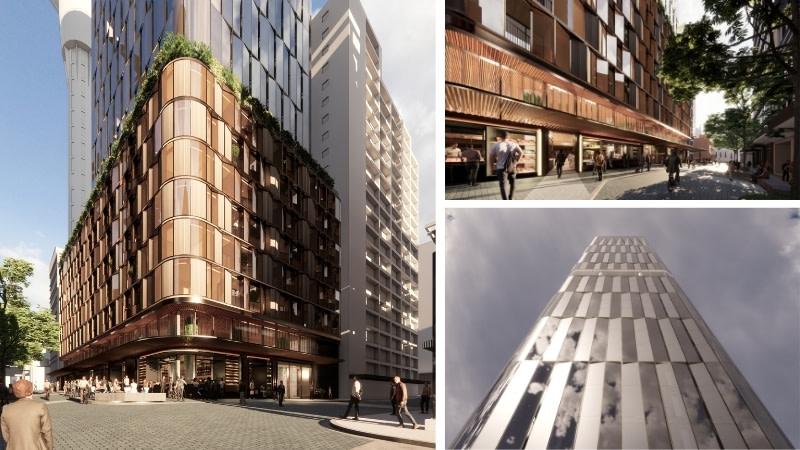 ▲ The building’s larger-than-usual plot ratio opens up the ground floor to create a marketplace-style entertainment and dining precinct.

“The involvement of mana whenua was essential to ensure the design of the tower addresses iwi input in a genuine and respectful manner,” Khoo said.

“We believe we have created an elegant and beautiful design that everyone will enjoy.”

Peddlethorp director Manuel Diaz said the building would have an impact on urban redevelopment and revitalisation in the centre of Auckland.

“The creation of communities close to city amenities, public transport and places of work will continue to recognise the central city as a great place for families to raise our tamariki (young),” Diaz said. 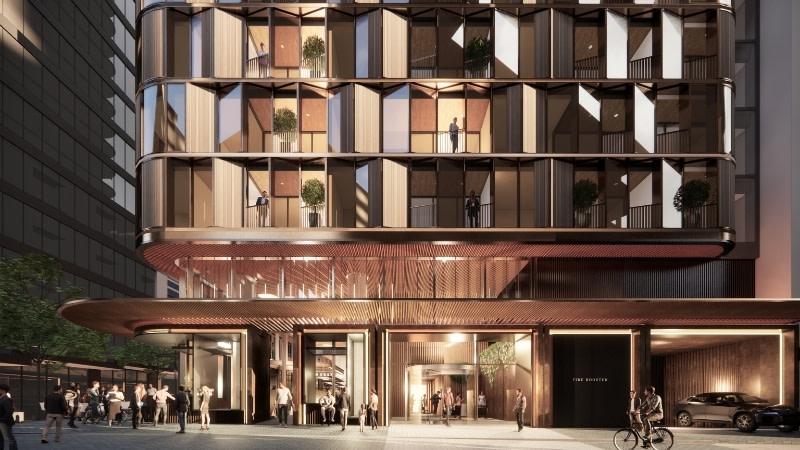 ▲ One of ICD’s projects was a winner at this year’s The Urban Developer Awards for Industry Excellence.

The project has been in the works for sometime, with The Urban Developer revealing the design shortlist in September, 2018.

In January, ICD Property revealed plans for a 56-storey tower in Sydney. The $157-million joint-venture project with Belingbak comprises 304 hotel rooms, 28 apartments and ground floor retail for the site at 372-374 Pitt Street.

That tower is ICD’s second project in Sydney after the City Tattersalls Club redevelopment, also on Pitt Street.

It’s Market Square project in Adelaide was the winner of this year’s Excellence in Project Marketing category at The Urban Developer's Awards for Industry Excellence.