Was This 2022’s Most Important Housing Announcement?

The federal government’s confirmation on Monday that it will set up a National Housing Supply and Affordability Council has not received much media or public attention.

But, dollar for dollar, it might be the year’s most important and impactful housing announcement.

The announcement by minister for housing and homelessness Julie Collins at this week’s National Homeless Conference is a major step towards a considered and long-overdue national plan for housing.

Australia’s approach to the challenges of housing supply and affordability over the past decade could easily be described as “ramshackle”. This has meant policies, interests and outcomes have clashed.

Reliable, trusted data have not existed. Booms and busts have crept up on us unseen, making house prices difficult to predict. And housing affordability has become an “intractable” problem.

A National Housing Supply and Affordability Council (NHSAC) promises to provide a shared resource on national targets, achievements and milestones. It will be able to systematically report on these over time.

The council will bring together a transparent advisory panel of experts to advise governments.

It might surprise some people, but Australia hasn’t been doing any of this.

Housing crisis years in the making

What we do know, though, is that Australia has a much-debated housing supply crisis. Though estimates vary, it’s widely acknowledged there is a chronic shortfall of new housing, and of affordable social housing for rent in particular.

Even before Covid, modelling for the Australian Housing and Urban Research Institute (AHURI) suggested more than 1.5 million Australian households—or about one in seven households—were in housing need. That is, these households are unable to access market-provided housing or require some form of rent assistance to afford housing.

This predicted shortfall has grown through the pandemic. Yet there is now a sustained downturn in dwelling completions, according to the Australian Bureau of Statistics.

It’s a massive structural problem for our nation. Housing affects our economy, our quality of life, the shape of our cities, and our health and welfare sectors. 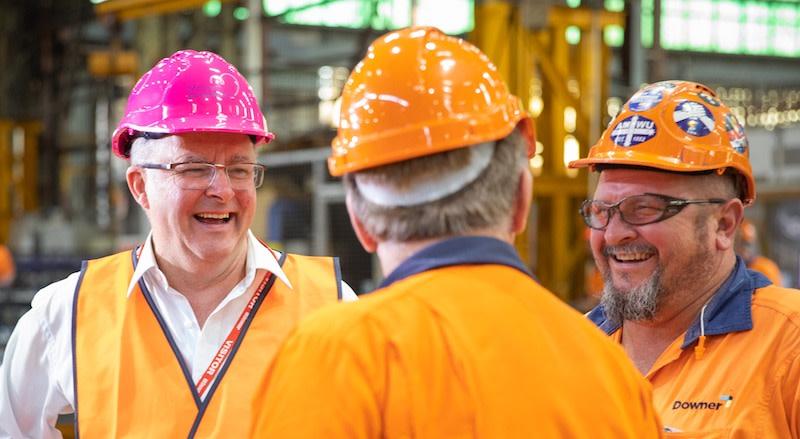 ▲ Prime Minister Anthony Albanese: The federal government’s confirmation that it will set up a National Housing Supply and Affordability Council has the potential to usher in real change.

It’s also a problem we should have seen coming. Houses aren’t invisible, and they’re pretty easy to count.

What many of us don’t realise, is that a great majority of the housing statistics discussed in the media and used by policymakers are produced by advocacy groups, industry, governments and think tanks—each with their own agendas.

Furthermore, in the absence of reliable data and forecasts, the housing development industry simply delays new development until a boom kicks off, then jumps in as quickly as possible. This just fuels house price inflation.

Our current arrangements are ad hoc at best and overly influenced by vested interests at worst.

What difference can the council make?

The new housing council can cut through all this by providing the nation with a single, authoritative voice to advise, interpret and monitor change over time.

It is a positive development because it will formalise the way advice is developed and build on the transparency and independence of shared data.

Yes, this will lead to a series of seemingly boring outcomes, such as setting construction targets, being a national resource for quality data, and providing advice to governments.

Yet the impact of this reform will be enormous. It promises to provide order, evidence and centralised leadership to Australia’s chaotic housing system.

It will provide the reliable, trusted housing data and evidence Australia has long needed.

It will enable us all to sing from the same song sheet when it comes to urban development and new construction.

No longer will we rely on a largely haphazard combination of privately commissioned, government-provided and self-collected data.

Australia’s housing crisis is finally getting the serious policy attention it deserves. Collins told the conference the Albanese government was committed to a comprehensive reform agenda and a national housing and homelessness plan, guided by Cabinet.

This commitment to action and better, more up-to-date insights is an important first step towards delivering the housing future we all deserve.