Australian home values have officially increased for the first time since the coronavirus-induced correction started, with the nation’s housing market up 0.4 per cent in October.

According to Corelogic’s latest hedonic home value index, prices were higher in seven of the eight capital cities, with capital city markets lifting by 0.2 per cent across October to be up 3.7 per cent over the year.

The nation’s smaller capital cities have continued to “nudge back” as government support for buyers and record-low interest rates boosted confidence and demand.

Dwelling values increased by more than 1 per cent in each of the smallest four capital cities, which have remained more resilient than other cities during the downturn, with prices in Brisbane, Adelaide, Hobart and Canberra reaching new record highs.

Every capital city saw a slight gain, except for embattled Melbourne, where the rate of decline has continued to slow.

Despite the data showing price falls in Melbourne, the drop of 0.2 per cent marked the smallest month-on-month drop in values since the onset of the pandemic, buoyed by reinstated open-home inspections driving new listings and clearance rates.

The data comes ahead of the Reserve Bank's Tuesday meeting, which the market expects will cut the cash rate to 0.1 per cent, down from the already historic low of 0.25 per cent.

“Consumer confidence has consistently improved since the virus curve has once again flattened and Australians respond positively to measures announced in the federal budget,” Lawless said.

“In October we saw an 11.9 per cent surge in the Westpac-Melbourne Institute consumer sentiment index, rising clearance rates and an increase in valuation for purchase orders.

“Alongside this, we are seeing persistently low advertised stock, which has supported price growth.”

The rise in capital city housing values over the month was attributable to a 0.4 per cent lift in house values which offset the 0.2 per cent fall in unit values.

“Through the Covid period so far, unit values have actually shown a smaller decline in values than houses, but this is likely to change,” Lawless said.

“Low levels of investment activity, relatively high supply of unit stock in inner-cities and international border closures are key factors that imply units will underperform relative to houses over the medium term.” 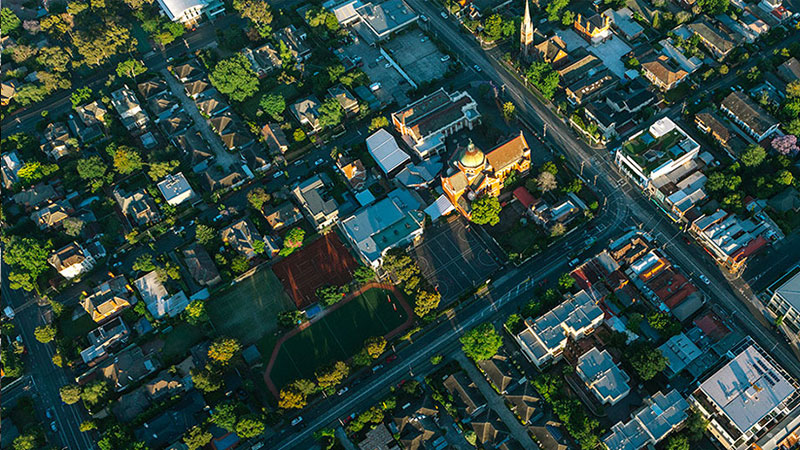 The rise of the regions

Remote working initiatives have continued to drive regional housing markets, which have continued to outperform the capital cities, with major regional cities within two hours' commuting distance of their central business district.

In the seven months since March, regional dwelling values are up 1.7 per cent while values across the combined capitals index have fallen by 2.3 per cent.

In Queensland, the Gold and Sunshine Coasts have become even more desirable for prospective homeowners with strong appetite for housing close to the coast itself and low supply has pushed up housing values.

“The newfound popularity of working from home is only one factor helping to support regional home prices,” Lawless said.

“More affordable price points, lower densities and lifestyle factors, are also under-pinning the relative strength across many regional areas of the country.”

Nationally, markets are now expected to pass through a trough across the first quarter of next year as government income support schemes and mortgage repayment moratoriums are eased, leading to an increase in defaults and distressed sales.

“[However] the hit to immigration, weak rental markets and high unemployment will weigh into next year, especially in inner-city Melbourne and Sydney, while houses in the outer regions and other cities will likely remain much stronger.”