With property prices on course to lift to record highs in the first half of 2020, first-time buyers and those re-entering the market could soon be priced-out, further eroding any renewed prospects of housing affordability.

After almost two years of falling prices of between 10 and 15 per cent in Sydney and Melbourne, the housing market is showing signs of bouncing back driven by a number of factors including record low interest rates, easier access to credit and more certainty around tax arrangements.

Housing affordability enjoyed temporary relief over the downturn, seeing an 8.4 per cent fall in prices with dwelling values 6.5 times higher than gross annual household incomes as of June, the lowest level since December 2013.

According to the latest ANZ-CoreLogic Housing Affordability report, the 8.4 per cent falls in real estate prices nationally—seen over the past two years, has now significantly reversed, with prices in Melbourne and Sydney rising 6 per cent and 5.3 per cent respectively since May.

Dwelling values are now outpacing household incomes across all capital cities (with the exception of Perth and Darwin) with over-extended household debt and rising mortgage rates reversing affordability and playing a larger role influencing the broader economy. 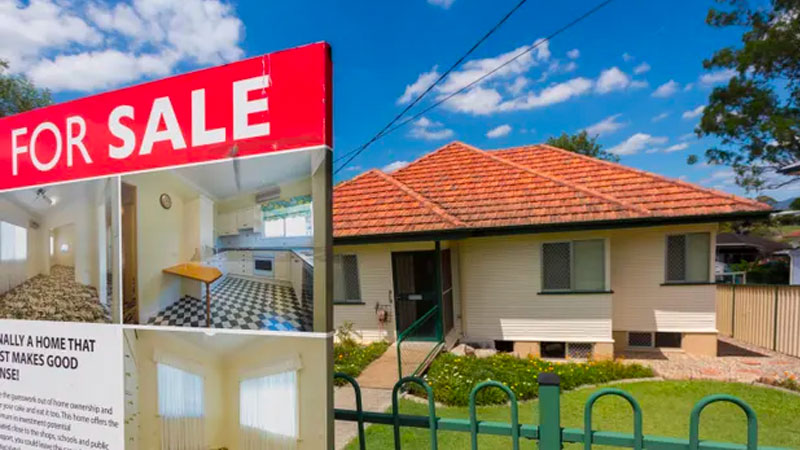 ▲ Affordability is influenced by interest rates, the size and term of loan repayments, and household income. Image: AAP

“We see more urgency coming back into the market and if this trend continues, we could see property prices reach new highs early next year,” Corelogic head of research Tim Lawless said.

“We have also seen an increase in the number of areas where it is cheaper to buy than rent, which can be attributed to the lowest interest rates since the 1950s together with lower housing prices relative to the market peak.”

The downturn has seen the number of years to save for a deposit decline drastically, back to 2014 levels, across the country.

With prices likely to continue their upward trajectory on the back of the latest rate cut, an increasing number of Australians have little to be excited about.

The latest wages growth figures released last week by the ABS also has revealed that growth has distinctly slowed, with the worst results since the middle of last year, lifting by just 0.5 per cent.

Earnings are believed to be on course to grow by just 2.2 per cent for the year and economists expect that number to fall further as unemployment ticks up.

The ratio of household debt to disposable income is about 190 per cent, according to Reserve Bank calculations, compared to 70 per cent at the beginning of the 1990s that then rose to 160 per cent at the time of the GFC.

Last month, the Morrison government has announced further details of its first-homebuyer deposit election promise that stands to benefit up to 10,000 Australians each year and is set to kick off from January next year.

In an attempt to reboot housing sentiment, the government announced price caps for support through the scheme, which is $700,000 for a house in Sydney and $600,000 in Melbourne.

First homebuyers will only have to save 5 per cent of a deposit under the plan, with the federal government to guarantee the difference of a standard down payment.