Under the proposal, the existing six-storey office block would be replaced by a building with a scalloped facade comprising 146 hotel rooms, three basement levels, a restaurant and lobby bar.

According to documents lodged with the City of Sydney Council, an “experienced hotel operator” would be appointed to manage the property, which is envisioned to be “positioned in the market as a lifestyle design led offer”.

The Haymarket site spanning just over 362sq m at 388-390 Sussex Street changed hands more than two years ago for $29.15 million.

The Transport Workers’ Union NSW branch sold the property—which records indicate it bought for $150,000 in 1975—to an entity linked to Sydney-based Chinese property developer Lin Jinwen.

Prior to the pandemic, a hotel management deal had been struck with British hospitality giant Intercontinental Hotel Group’s Voco brand.

The site is earmarked for a BVN-designed 17-storey mixed-use tower featuring a 1000sq m art gallery and a sloping roof with a 10-level hanging garden. 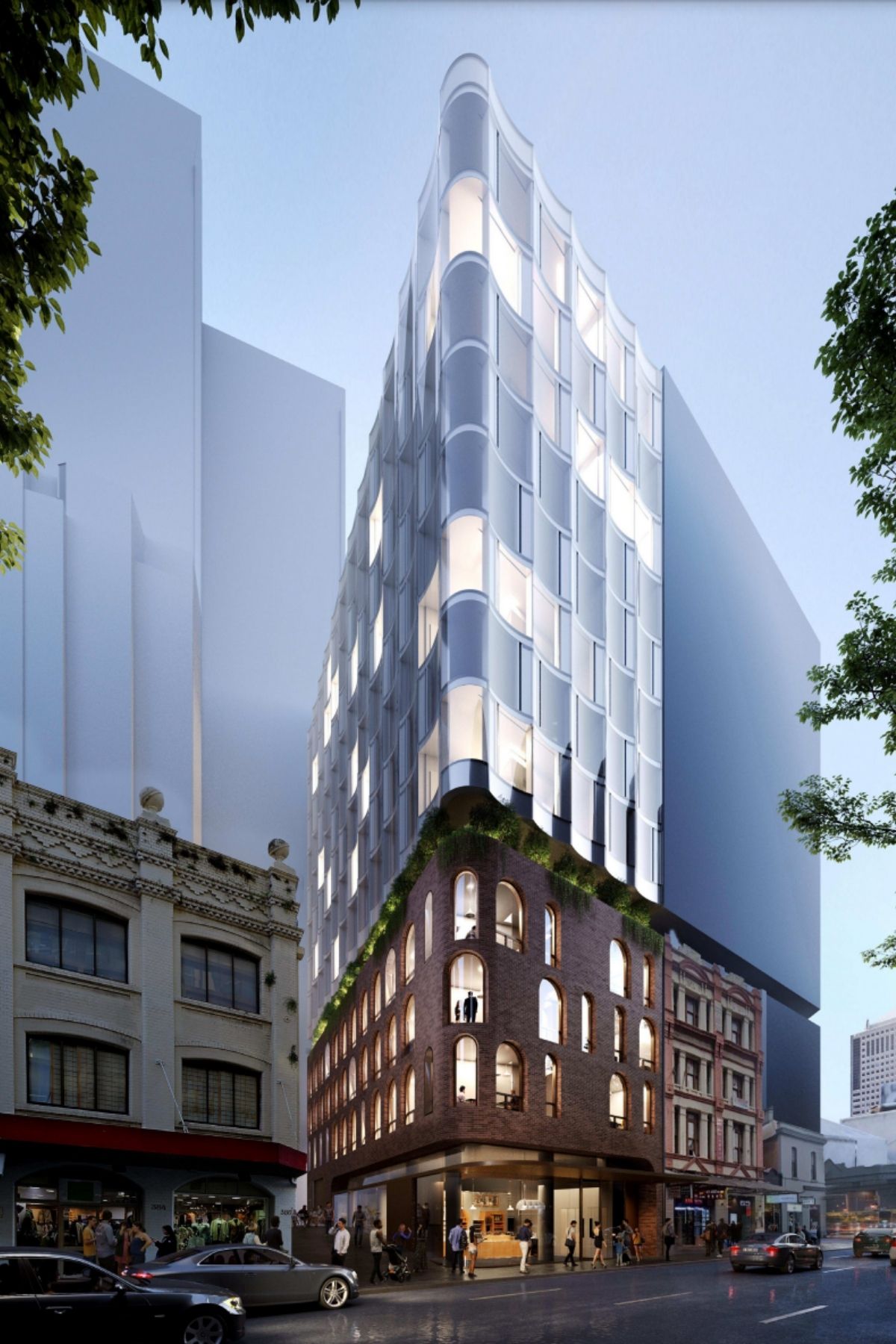 ▲ The Sussex Street hotel proposal comprises a 15-storey tower with 146 hotel rooms atop a red brick podium and also features a restaurant and lobby bar.

Lin’s Sussex Street hotel proposal—also designed by BVN—comprises a red brick podium with arched windows above which sits a tower with a scalloped glass facade.

The plan also includes a hotel restaurant in the upper basement level, a bar adjoining the lobby on the ground level, the reactivation of site through-link Eager Lane and the provision of public art.

Construction costs for the tower project are estimated at slightly more than $37 million.

“The proposal will contribute to the supply of well-designed hotel accommodation within Central Sydney, supporting state and council strategic directions to enhance Central Sydney’s role as a strategic and vibrant centre for jobs and housing in close proximity to well-connected transport facilities,” the filed documents said.

“The hotel provides an exciting opportunity to activate the subject site, which sits between Central Sydney and Haymarket.

“It provides the opportunity to contribute to street life and vibrancy in a highly accessible and well serviced location.” 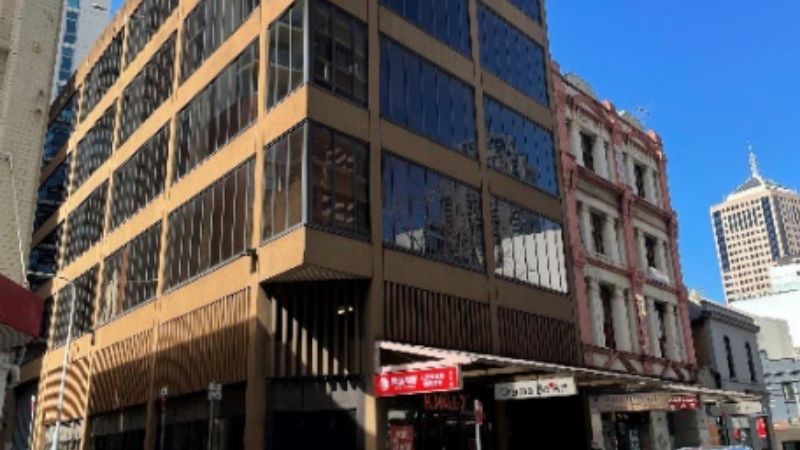 ▲ The existing six-storey office block on the Sussex Street site, which was formerly owned and occupied by the Transport Workers' Union NSW branch headquarters.

The application noted that the council’s tourism action plan recognised the shortage in hotel accommodation in Central Sydney, and indicated 5000 to 9000 additional hotel rooms would be required in the next decade to meet the demand of growing tourist numbers.

The Sussex Street site is at the northern boundary of the suburb of Haymarket, which includes Sydney’s Chinatown and Paddy’s Markets.

Restaurateurs Stanley Yee and May Ho Yee are planning a 14-storey tower near the gates of Chinatown, replacing the Emperor’s Garden Restaurant at 96-100 Hay Street.

The Yee family have owned the sites for more than 30 years as well as a bakery, butcher and noodle shop.

At 417-419 Sussex Street, a Chinatown charity organisation has filed plans for a 13-storey mixed-use development.