While hotel development globally has contracted sharply in the wake of the pandemic, Australia has remained a bright spot with the rate of construction on new hotels increasing last year.

Australia, which remains in the middle of a hotel development boom that began last decade, continues to hold a high volume of projects in its pipeline.

The biggest headwind to the hotel recovery in Australia’s biggest cities of Sydney, Melbourne and Brisbane will be the slow return of big-spending international travellers.

A select group of Australian developers are now undertaking three city-shaping hotel projects in anticipation for the rebound in tourism and hospitality.

These hotels and the developers behind the projects will be the focus of The Urban Developer’s Hotel Development vSummit on March 24, giving attendees the opportunity to learn more about the feasibility and development decisions that culminated in their successful launches and delivery.

Ahead of the vSummit, we sat down with three development directors and event panellists to discuss their coming hotels. 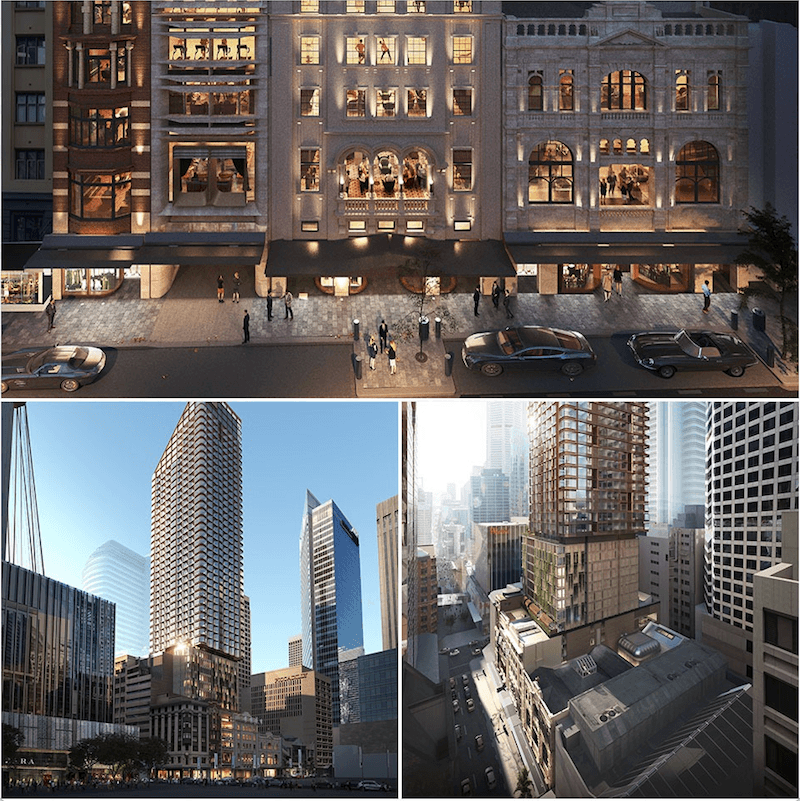 The $760-million development at 198 Pitt Street was approved in November 2021 following three separate bids in the past five years to redevelop the historic site.

Melbourne-based developer ICD Property is spearheading the project and has enlisted Singapore’s First Sponsor Group as development partner, bringing with it construction finance.

ICD Property senior development manager Simone Gervasi told The Urban Developer that given the long-term nature of property development, the hotel, once realised, would be opening into a rejuvenated market.

“Hotel demand has definitely dried up over the past two years with border closures preventing travellers from entering Australia, however, we are starting to see this interest return as restrictions relax,” Gervasi said.

“In particular Sydney’s tourism economy has always been strong as it’s really on the map and one of the world’s most renowned global cities.

“As people start to travel both internationally and interstate again we envisage occupancy rates will come back to pre-Covid conditions within Sydney particularly, and eventually grow and thrive and increase as they had been for years prior to Covid.”

The approved plans allow for a 142m tower comprising a 101-room hotel and 241 luxury apartments to be built above the City Tatt’s buildings, which will be upgraded to include new shops, bars and restaurants, a wellness centre, event spaces, and a co-working club.

“We like to design and develop buildings that work holistically, in context not only with its surrounding environment but also within the building itself,” Gervasi said.

“A lot of the time this means that mixing uses makes sense.

“We have incorporated hotel assets into three projects we are currently working on—City Tattersalls Club, 372 Pitt Street, and Market Square—as they complement and uplift the other assets within the development.

“As a prime example, the City Tattersalls Club hotel members will benefit from the club's ground floor retail, dining and restaurants while the residential components also benefit from the hotel’s amenities.”

Off-the-plan sales of the project’s residences will launch in the second quarter of the year.

Construction is anticipated to start soon after with the demolition of the building at 196 Pitt Street, and alterations and additions to the heritage buildings at 194 and 198-204 Pitt Street. The project, being overseen by a consortium consisting of the Victor Smorgon Group, the Kanat Group and prominent Melbourne developer Trenerry Property Group, was taken over by the consortium in April 2020 after they paid $14.5 million for the development.

In early 2021, global hotel giant IHG Hotels and Resorts agreed to operate the 5-star regional resort under its flagship luxury brand, the InterContinental.

The 108-room Intercontinental Hotel will form part of the broader Continental Sorrento project which incorporates 11 bars and restaurants function rooms, 1300sq m of spa and bathhouse trading as Aurora and 110 car spaces.

In addition, the hotel will feature a sprawling wellness centre incorporating a luxury bathhouse, an outdoor pool, gym and three function and event spaces, including the Conti’s fully restored original grand ballroom.

Trenerry Property Group director Robert Dicintio told The Urban Developer the project was being delivered under a bold strategy—securing a number of the best operators to commit and adhere to the highest brand standards of operation.

“The Continental is an unusual project in that IHG trading as Intercontinental is only operating the rooms and we have other operators for the food and beverage—Craig Shearer’s Kickon Group and Scott Pickett’s Group—as well as Aurora for the Spa and Bathhouse,” Dicintio said.

“This strategy was based on the shopping centre model where specialised retailers are far more productive compared with large scale department stores in terms of sales productivity per square metre which is a reflection of a more focussed product and service offering which will hopefully lead to a better commercial outcome as an investment.”

The Intercontinental Hotel will start trading in May but will not be fully complete until June this year.

“As is the case for Aurora, so we will be relying on trading experience to substantiate our valuations,” Dicintio said.

“If pre-commitments to functions and rooms are anything to go by, together with some of the tight yields my industry peers are paying for these hotel and pub type assets, I think we will do OK even though we are not sellers but long term owners of this asset category.” Local developer Keylin is forging ahead with plans for a new dual-tower Art Deco-style residential and hotel development at 447 Gregory Terrace in Spring Hill.

Kyling project director Ian de Kretser told The Urban Developer the development was always intended as a hotel, occupying one of the prime sites in Spring Hill with access to major new recreation, transport, employment and entertainment hubs.

“Our site in Spring Hill is quite uniquely shaped in being an “L-shaped” site with a long skinny portion that, due to its dimensions, would not cater for a residential tower with appropriately designed apartments,” de Kretser said.

“The site did however allow for a hotel tower to be designed in this portion of the site.”

The residential building will include a mix of two-, three- and four-bedroom apartments for owner-occupiers, while the hotel is aimed at local and business travellers.

The landmark project looks certain to set new benchmarks for those looking to follow with similar hotel and residential developments under the new Spring Hill Neighbourhood Plan.

“The hotel was a result of the irregularly shaped site that lent itself to being the most feasible and practical option,” de Kretser said.

“When you take into account south-east Queensland growth, Spring Hill in general, tourism, the coming Olympics, [we] have taken a long-term hold view with this hotel.

“Depreciation benefits long term and the ability to offset some of the residential profits also played a part in our decision making.”