The awards were announced on Friday night at Sydney’s International Conventions Centre. Make Architects (with Architectus as executive architect) was awarded Best in Class, the top award for architectural design, for their design of Brookfield Place, Sydney.

The judges describe the design as “world class” and applauded the way the mixed-use tower project harnesses both heritage and sustainability elements. 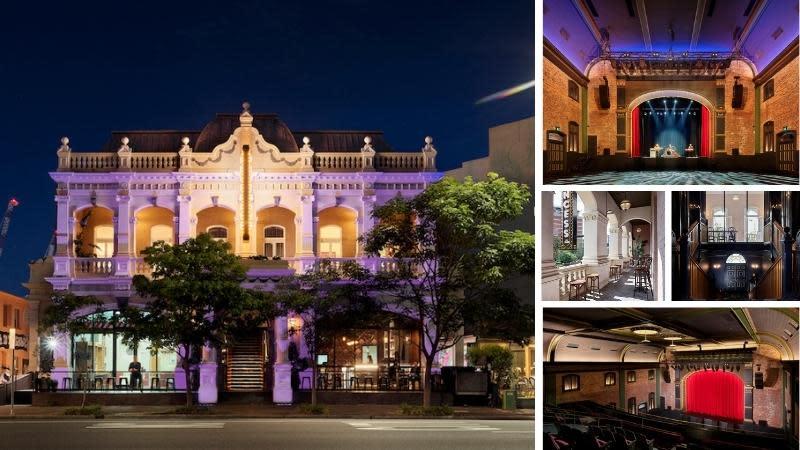 JDA Co. was honoured with a Gold accolade for the refurbishment of Queensland’s oldest-standing theatre, The Princess.

The jury said “the architects deserve the highest praise for their beautiful and thoughtful architectural design”. 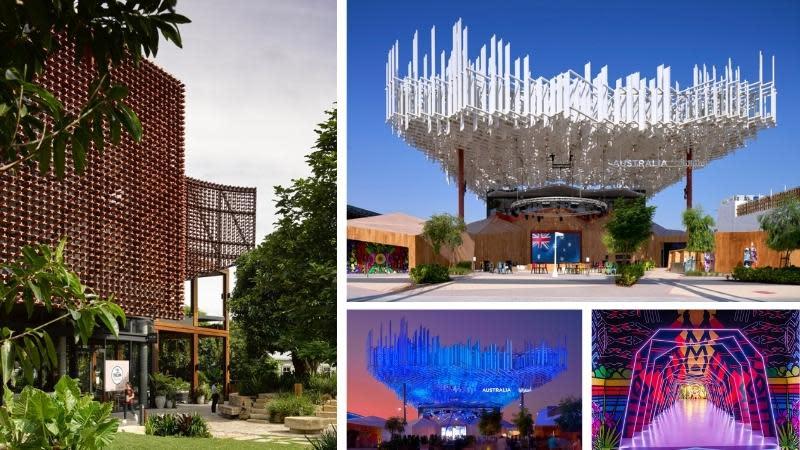 ▲ The Eaves, Brisbane (left) and the Australian Pavilion, Dubai.

Bureau^proberts was also awarded a Gold Award for the Australian Pavilion, designed for Expo 2020 held in Dubai from October, 2021 to March 2022.

The Good Design Awards jury said the “beautiful piece of architecture exemplifies an openness of place and spirit, and the designers should be delighted that this took pride of place representing Australia at the World Expo”.

The practice also won Gold for The Eaves in Brisbane’s West Village. The project, designed by Turner for clients Aboriginal Housing Company, Deicorp and Scape, is in a culturally significant precinct.

The area, previously known as The Block, has long been a meeting place for Aboriginal and Torres Strait Islander people.

The Good Design Awards jury said the design “successfully responds to Redfern’s rich urban conditions, past and present, while providing a collection of internal and external living and communal spaces for students”.