SMA Projects is planning a residential development with 65 apartments on the former site of a former theatre and television studio in Fitzroy.

The plan for the nine-storey building with three basement levels was lodged with the City of Yarra at 84-104 Johnston Street, Fitzroy with an estimated development cost of $23.2 million.

Fitzroy, known traditionally as Ngár-go, is on Wurundjeri land. 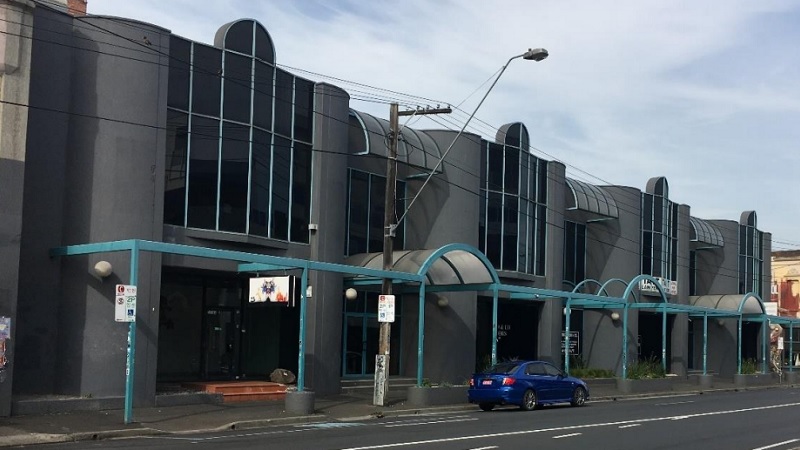 ▲ The existing building on the corner of Johnston and Fitzroy streets was built in 1985 in a post-modern style.

The 1644 sq m site currently has a 1980s, two-storey commercial building but previously housed the Solway Theatre (1911), Regent Theatre (1929) and was converted into a television studio for HSV7 in the 1960s.

A previous development application for an 11-storey building with four levels of basement was refused by the Victorian Civil and Administrative Tribunal late last year due to density and height concerns.

Developments in Fitzroy have picked up lately with Piccolo planning a residential site, The Standard Hotel to open in 2023 and Smith Street recently crowned the coolest street in the world. 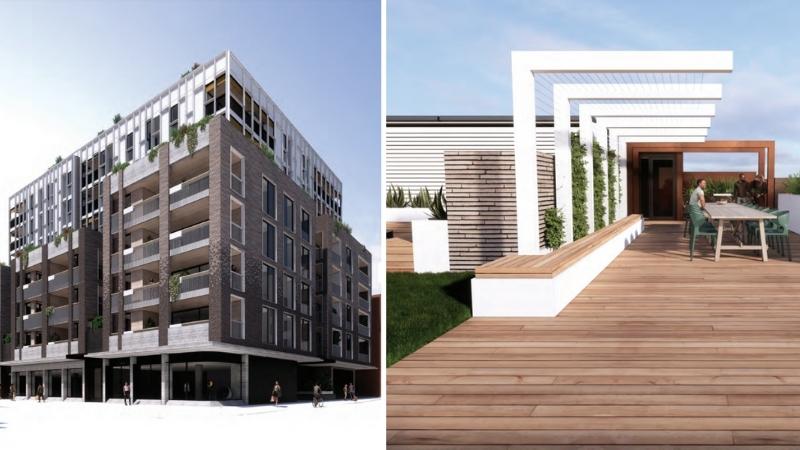 ▲ The side of the Regent Apartment building in Fitzroy and its rooftop communal amenities.


The submission by SJB Planning described the area as having a range of building styles from traditional to modern developments.

“More broadly, this section of Johnston Street is undergoing a transition in built form, with the construction and approval of typically multi-level apartment buildings above lower-level commercial uses,” the report said.

“The materiality at ground and podium levels reflects that of the Fitzroy neighbourhood, with masonry being the predominant feature of the proposal.

“The built form above podium level is proposed as a lighter, exoskeletal element, grounded by the masonry ‘plinth’.

“The off-form concrete provides for contrast between the masonry and above podium elements, as well as tying into the ground level shop fronts.”

SMA Projects is a boutique developer in Melbourne whose previous projects include the Yorkshire Brewery in Collingwood, modern offices at 134 Moray Street in South Melbourne and another residential project in Fitzroy at 250 Gore Street.