Fit-Outs Lure Workers Back to the Office

Melbourne businesses are demanding new office space be fitted out for them as they try to entice workers away from homes and back into the CBD.

And they want quality digs, according to Cushman and Wakefield’s new director of its tenant advisory group, Marcus Tanti.

“On average, tenants are still leasing less space than they did pre-Covid, and that is despite the economy going well and despite head count increasing,” Tanti said this week.

“So, either the landlord has built a fit-out or there is a fit-out that is already there.”

Tanti blamed supply-chain issues, saying that despite the better commercial terms being offered by landlords, fit-out costs “have gone through the roof”.

“And overriding those two facts is that on average they are leasing less space.”

He said if companies intended to do their own fit-outs, research showed they would not be better off.

“There are exceptions to the rule, different sectors performing differently, but on average the key points are there is a flight to quality, there is a push for fitted space and there is an overall reduction in the amount of space taken.”

JLL’s joint head of office leasing in Victoria James Palmer agreed, saying quality was a key priority for companies wanting to get their staff back into the office.

“Offices need to be bigger, brighter, better, more exciting places to work. And places where people want to come and collaborate and spend their day,” Palmer said.

And that included “a percentage of the market that is looking for fitted opportunities”. 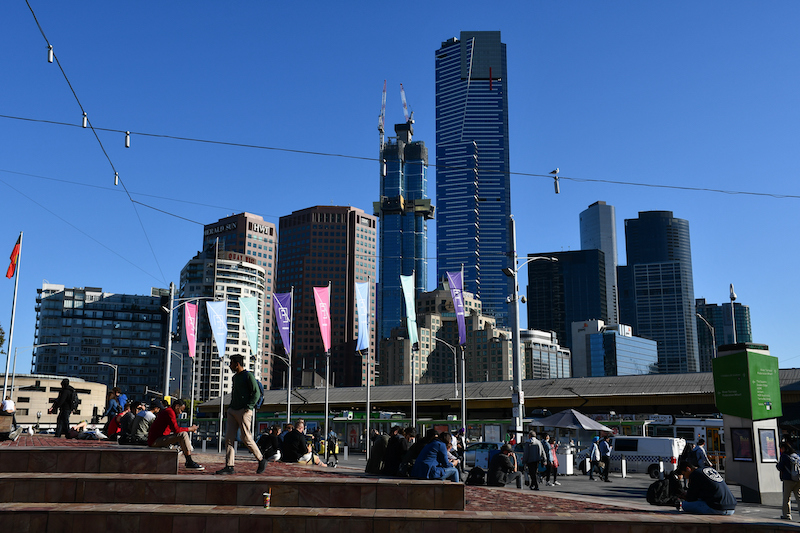 ▲ The drive to lure staff back to the office and away from working from home continues for Melbourne’s CBD.

Palmer said the Melbourne market was still struggling with workers shunning the office but added there were signs the situation was improving.

In their own research, JLL found of those companies that rented office space a year ago, 48 per cent of them now wanted additional space, in preparation for returning workers.

“There are sectors of the market that are in expansion mode and growth mode,” Palmer said.

“The professional services sector is experiencing increased demand and our analysis shows that the sector ranks as one of the most active in the Melbourne CBD for the first quarter of 2022,” he said.

The Property Council of Australia says that increasing numbers of workers are returning to the Melbourne CBD but progress is slow. Office occupancy rose 12 per cent to just 48 per cent in the month to May.

And while Melbourne’s office occupancy numbers are up, it continues to lag behind other capital cities. Adelaide leads the way with 71 per cent occupancy, followed by Brisbane (64 per cent), Perth (63 per cent) and Canberra (60 per cent). While Melbourne remains behind Sydney (55 per cent), the gap has narrowed between the two biggest cities.

“While increased office occupancy is a promising sign for economic activity in the city, the figures show the recovery still has a way to go for Melbourne to get back into line with the other capital cities,” the Property Council’s Victorian executive director, Danni Hunter, said.

Hunter said every office worker supported five other jobs in the city.