After launching straight into two years of pandemic shutdowns, Melbourne esports venue Fortress is only just beginning to hit its stride. Yet the company continues to back the new entertainment category that it’s developed.

That self-belief is so strong that Fortress is already expanding to Sydney, with a mammoth second venue under refurbishment and due to open this summer. At around 2500sq m, Fortress Sydney will be the largest games venue of its kind in the southern hemisphere, according to the company.

The Fortress Sydney venue will emulate its Melbourne counterpart, including a bar and dining area, arcade machines, gaming computers, and an esports arena, laid out over two levels in Fortius’ Central Park Mall.

While the Melbourne outlet is trading strongly, launching a novel (and potentially confusing) offering at this scale into a struggling Sydney nightlife economy might be seen as a risk.

Speaking exclusively to The Urban Developer, Fortress chief executive Jon Satterley explained the logic behind esports as an entertainment venue.

“Fortress is a hospitality business, with games culture as its theme,” Satterley said.

“Gaming is hiding in plain sight. The target market of early-mid 20s are almost all gamers. But they’re still being offered things that people were doing in the 1960s, like going to the movies or playing mini golf.

“And so we just saw that there’s this big desire and hunger for gaming-focused social experiences. Certainly, we’re not pioneering this—there have been LAN lounges for years, cafes and board game nights. But we believed we could inject far more capital into that experience, and create a more mainstream, more polished, luxury version of all of those things.”

For Satterley, committing to the physical scale of the development is crucial, despite the virtual nature of its offering. 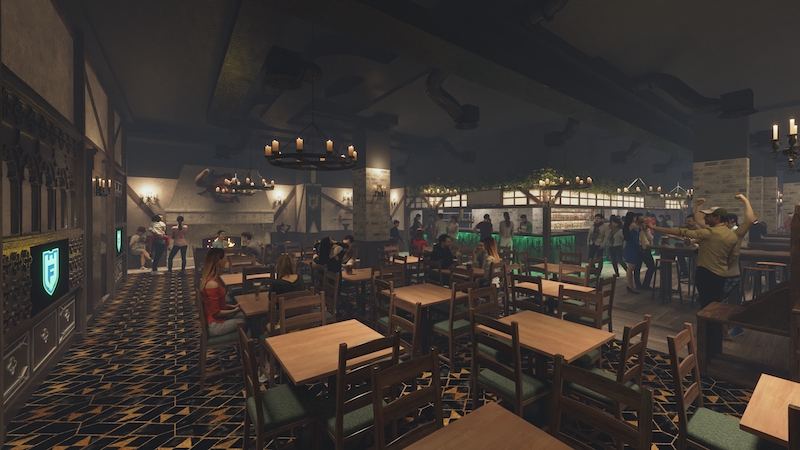 ▲ A render of the Fortress esport venue planned for Sydney.

“The first and primary initiative for the business is to operate these grand physical venues and build the brand and the experience from there. That’s the unique value proposition.

“Hence the size and scale of Fortress. We believed that this wasn’t going to work if it was a skinny, minimally viable product.

“The way to make an impact in this space was to really deliver these cathedrals for gamers, these kinds of giant, significant landmark venues. A small hole-in-the-wall, that would have continued that positioning as being a niche pursuit.”

While the Melbourne venue has had difficulty even opening for trade, the model is starting to prove itself, with double-digit month-on-month growth in traffic and revenue. As a novel proposition, the company is still working to understand the seasonality of the business and benchmarking its financial metrics.

“This is the first time we’ve ever traded in May, June, July, so we’re looking at the numbers and asking ‘is this good or bad?’,” Satterley says.

“But we’ve been really happy with our cashflow and significantly exceeding our monthly targets.”

The multi-entertainment nature of the business means diversity among profit centres. Food and beverage are sizable revenue streams, but the margins on gaming equipment rented for onsite use are particularly strong.

“One aspect of our business model is to provide corporate event space,” Satterley says.

“That’s still been a little slower than we would have liked, because of the macro conditions of where the world is, and where Australia is. However, we had a really good July with a lot of corporate groups coming together for an end-of-financial-year shindig.” 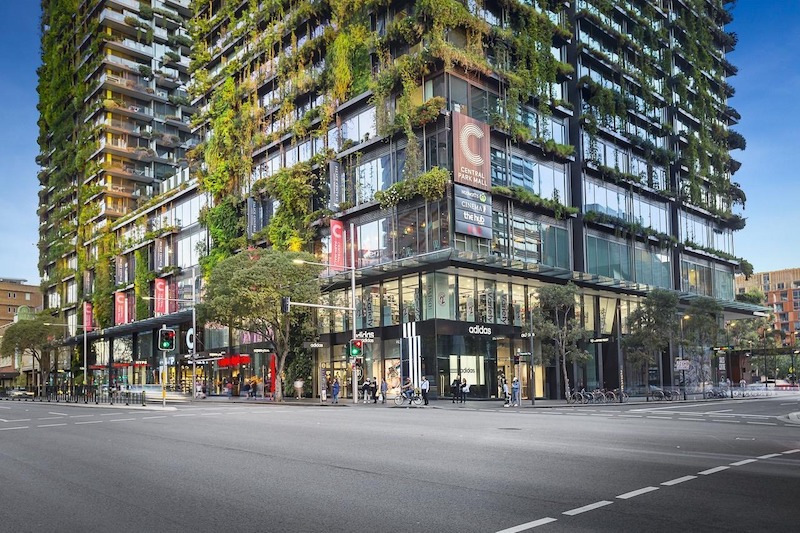 A Sydney venue was always part of Fortress’ property strategy, but the location is critical. Unlike other entertainment options with established brands and lower cost of capital, Fortress required a central site to make an impact.

“We need to fish where the fish are, so when we saw Central Park Mall shown to us as an option, we couldn’t believe how incredible the spot was.

“You’ve got UTS across the road, Central Station a five-minute walk away, Sydney Uni a 10-minute walk. We just pinch ourselves about how good that location is.”

Satterley says that placing Fortress in the Broadway precinct, an existing nightlife hub, means that it’s unlikely to attract noise or nuisance complaints from residential neighbours in the area when patrons leave late at night.

The site should also benefit from the under-development Sydney Tech Central Hub, which will place 250,000sq m of office space in the vicinity, including the Atlassian tower, hosting a projected 25,000 workers in total.

The venue and its location have the blessing of NSW 24-Hour Economy Commissioner Michael Rodrigues, who says that Fortress will “increase the diversity of offering in the going-out experience”.

“It further enhances the local precinct, which is already home to great bars, restaurants and cultural institutions, but will now house the largest games venue of its kind in the southern hemisphere,” Rodrigues told The Urban Developer.

“Scenes from other Fortress venues have been electrifying, and I can’t wait to see the venue packed to the rafters with gamers having an amazing night out.”

The Central Park Mall, while benefiting from a CBD-fringe location and attached residential towers, has suffered from high-tenant turnover and several redesigns of its layout.

“I think perhaps it was just feeling a bit like there wasn’t really a strategy around what was going on in the joint,” Satterley says. 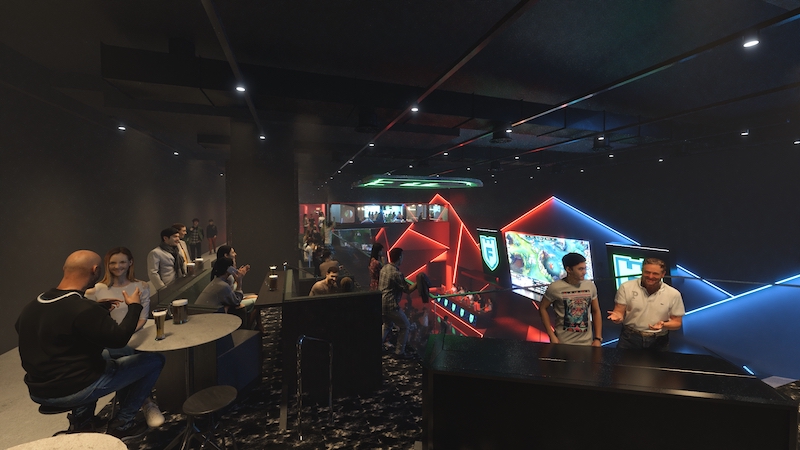 ▲ A render of inside the planned Sydney Fortress esport venue.

“It didn’t feel coherent, there wasn’t a narrative to support what was happening in that mall.

“We want to be able to bring something powerful and different and unique, and give a landlord a story to tell about the venue. Something that can really either flesh out their entertainment offering, or kickstart it.”

Fortius Funds Management, who acquired the retail assets in 2019, are planning to use Fortress as an anchor to reposition the space as a “contemporary entertainment and lifestyle destination”.

Marc Fitton, head of syndications at Fortius, told The Urban Developer that “Fortius believes Fortress Sydney will not only transform Central Park Mall but will also reactivate a thriving night-time economy in the entire Central Park precinct.”

“Central Park Mall is uniquely placed to have secured Fortress’ only Sydney flagship venue by virtue of its location in what is fast becoming Sydney’s technology and innovation hub, proximity to 12 recognised tertiary education facilities and densely populated and segmented main trade area with an estimated 100,000 students, 32,000 residents and 47,000 office workers,” Fitton said.

“We are incredibly excited to be partnering with a dynamic entertainment technology venue in Fortress, which underpins our vision to reimagine urban retail.”

“You want to have your frenemies with you, your co-opetition. We’ve had conversations with other landlords in the country where they’ve given us a look at a property site. And we’ve actually said to them, ‘We wouldn’t want to go there unless you can promise there’ll be rivals and competitors in the same area’.”