For the fourth consecutive quarter Melbourne’s industrial leasing rate has pipped the other states to double its long-term average and capture 38 per cent of the Australian market.

Sydney also recorded a strong performance with 37 per cent of the national total.

“Most occupiers in the Melbourne market are in continuous competition for space, with several groups often working through negotiations for any available assets simultaneously,” Ellis said.

“Despite the increasingly tight availability of existing space, we are still seeing significant deal flow across the market.

“We have seen developers respond to this dynamic emphatically, with more than 300,000 sq m of new developments commenced in Melbourne during the past three months.

“We expect that this stock will be gradually absorbed as it is constructed, with relatively little to be available to tenants at completion.” 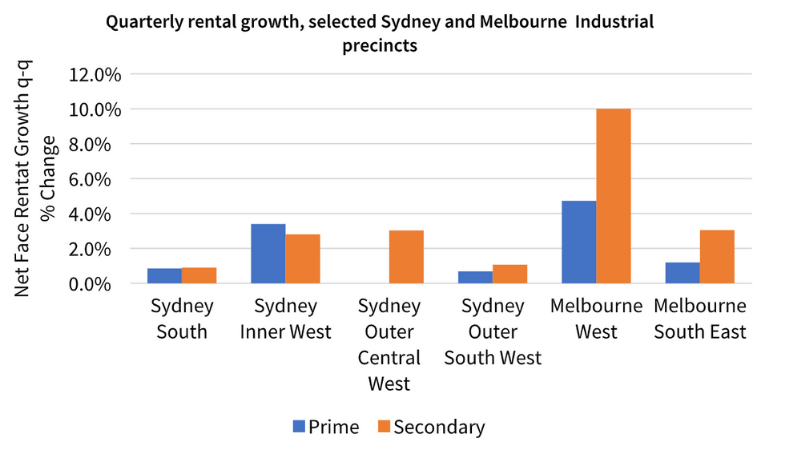 Gross take-up of industrial space nationally was more than 1.18 million sq m for the second quarter of 2021, smashing the previous record of 1.15 million sq m recorded in the first quarter of this year.

During the past year the demand for industrial and logistics space has boomed with 3.82 million sq m of gross take-up, compared to the 10-year average of 2.4 million sq m per annum.

JLL senior director of industrial research Annabel McFarlane, who is speaking at The Urban Developer's Industrial and Logistics vSummit, said tight vacancy rates had driven developers into the market.

“The June quarter marked the highest volume of new development commencements that JLL Research has recorded, with more than 800,000 sq m across 33 new logistics and industrial projects starting construction during the past three months.

“These projects have seen healthy levels of occupier interest and secured a pre-commitment rate above 50 per cent.

“While the development pipeline is significantly de-risked, a number of developers are willing to undertake speculative development to have product available to capture upcoming occupier demand at higher rental levels.”

“These groups are having to expand rapidly to meet the requirements of their growing client base, with even lease renewals often being negotiated to include an expansion of existing footprints,” Blade said.