The cul-de-sac is a suburban trap. It’s virtually useless as a road, doesn’t support public transport, cycling or walking, and doesn’t work well as a play or gathering place.

Its literal translation from the French is “bottom of a sack”—which sounds a lot less glamorous, you’ll agree.

And yet we persist with them. The calls for more housing that resonate across many urban societies almost always include plans to repurpose broad swathes of agricultural land into single-family housing serviced by twisting strands of cul-de-sac-capped roads.

But there is a danger in embracing this type of development. Despite the French name, the cul-de-sac as it exists today is not even from Europe. Like many modern transport nightmares, it originated in the car-oriented suburban planning of 1950s America, a defence against the perceived threat of the inner city.

Cul-de-sacs were envisioned initially as small offshoots from more traditional grid roads. They eventually morphed into isolated loops at the end of curvilinear patterns where only residents of the suburb would travel. They are the antithesis of connectivity.

In pushing the cul-de-sac, land and housing developers were merely continuing with a misguided notion that began with suburbs in general: those endless landscapes of single-family homes on large sections were promoted as a way to re-engage with the community and escape the rat race of city living.

But studies have shown residents of suburbs have much lower rates of civic engagement than those living in a more urban environment. Developers told us cul-de-sacs were more efficient because they allowed higher densities. While not entirely a lie, it isn’t the whole truth either. Developers favour cul-de-sacs partly because they allow for building more single-family houses on oddly shaped land or closer to natural features than would otherwise be possible with a grid. Cul-de-sac suburbs often completely ignore topography or nature in their development.

Suburban single-family housing on “greenfield” development is cheap to build and has a high profit margin. Unfortunately, disconnected, car-centric, large-home suburbs result in higher per capita infrastructure costs, vehicle ownership and travel time costs, and higher overall purchase prices. And the real cost of suburban living is met by governments, councils and residents.

True, people are often attracted to cul-de-sacs because they’re seen as having minimal traffic. Ironically, the very nature of cul-de-sacs means residents often require a car as their primary mode of transport. People searching for a refuge from the noise, pollution and danger of cars have backed themselves—literally—into a corner.

The isolated and circuitous nature of cul-de-sac suburbs means there is often no access to public transportation. And active modes like walking, cycling and scooting are impractical. 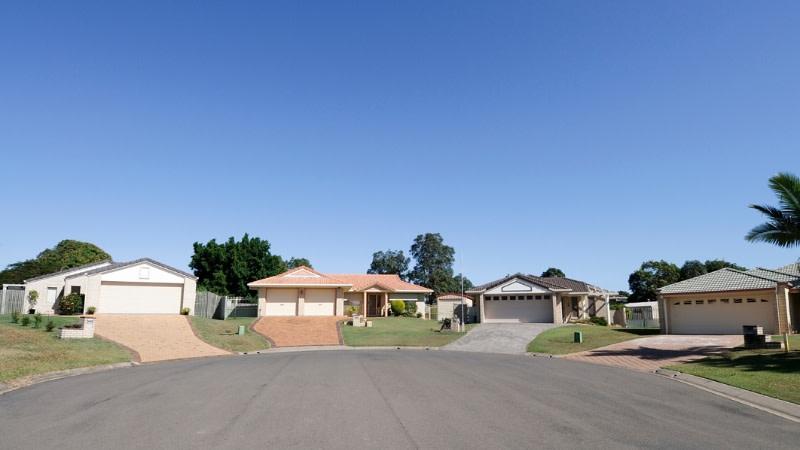 ▲ A cul-de-sac: just a dead end by any other name.

Meanwhile, children might be only a few streets away from their friends, but in a jumble of winding roads and dead ends it’s virtually impossible to walk or cycle quickly to each other’s houses. Even that time-honoured rite of passage—walking alone to school—is impractical in this type of development.

Because these winding roads without any obvious focal point also often have low traffic volumes, they can’t support land uses other than low-density residences. As a result, even grabbing milk and bread from the dairy can involve a trip of several kilometres.

Compared to the straight lines of traditional developments, the curvilinear roads that sweep through modern subdivisions might seem relaxing, even pastoral. But lurking around every curve is a hidden danger.

Lines of sight are significantly reduced, making every car backing out of its driveway a risk for other motorists. For pedestrians and people on bikes, this lack of visibility presents a significant danger.

All in all, giving something a French name might make it sound classy, but a cul-de-sac is really just a dead end. And that’s exactly what cul-de-sac subdivisions are, too—an urban planning dead end.