No one likes turning down work, especially not builders in the middle of a construction boom.

But given the labour shortages, it’s the only solution for the managing director of Prime Build, Dean Willemsen.

He lost three workers from his 130-strong workforce who, at the start of the pandemic, chose to return to Ireland. He has been unable to replace them.

“As an industry, we love saying ‘yes’ and winning the next job, but for us, this is the time to be more selective and focus on projects that are either in your wheelhouse or offer better returns,” Willemsen says.

Trying to trade when labour is hard to come by has forced him to become more strategic and purposeful, he says.

“The days of extending ourselves and just miraculously finding those extra resources are not here anymore. Everyone has been challenged emotionally and mentally the past couple of years. As business leaders, we’ve got to be careful about how we do more with less.”

In Melbourne, First Place director Mark Vujovich is forking out up to 25 per cent more for labour. “You can’t get painting crews anymore, you can’t get brickies for new builds. And then there’s downtime related to Covid,” he says.

Managing build times when labour is short is increasingly tricky. He’s pre-ordering frames before the slab is down to pick up time in projects.

“The margins are very skinny in the construction industry now. The cost to build has risen by close to 45 per cent in the past eight to 12 months. We’re leaning hard on suppliers to stop price increases, but the pressures remain. It makes it very difficult to keep business viable when there’s no labour.”

“What else wrecks efficiency in labour shortages is that your good guys are spread out a lot thinner. Less skilled people get employed and that means prices go up as well. It’s not just supply and demand,” he says. 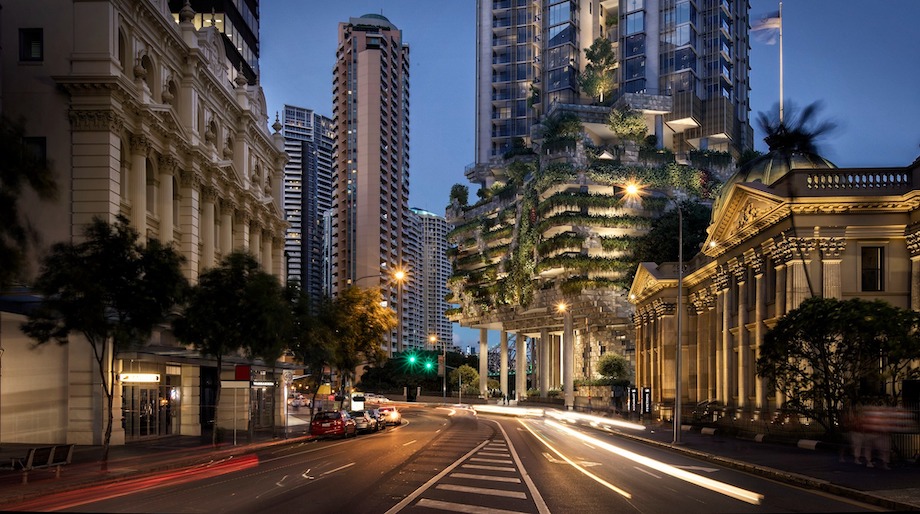 ▲ Queensland-based Hutchinson Builders has been appointed to take control of the completion of Cbus Property’s 443 Queen Street tower project on the Brisbane riverfront after the Probuild collapse.

International border closures literally shut the gate on labour, which coincided with government sweeteners many agree artificially inflated the market.

The construction industry employs more than 1.1 million people, representing 8.7 per cent of the total workforce. Construction industry salaries for entry level positions start at $72,609 per year, and average at $99,958, while more experienced workers are earning up to $152,841 per year.

But construction job vacancies have increased by a massive 80 per cent since late 2019. By 2023, it’s forecast that there will be more than 100,000 unfilled roles in the sector.

Meanwhile, delays on major construction projects have blown out, more than doubling from 100-plus days before the pandemic to more than 200 days now, new analysis has found.

Across both post and pre-pandemic developments, nine out of every 10 projects are delivered late with almost two-thirds of projects late by two months or more, according to analysis from construction software provider nPlan.

But the market isn’t slowing down. During February, 559 projects moved into the construction phase across Australia, up 6.6 per cent month-on-month. There were $1.5 billion worth of new apartments and units identified by Cordell during February.

But how the construction sector will handle these projects given the huge labour shortages being reported is yet to be seen. Meanwhile, employers are grappling with absentees for weeks due to Covid. 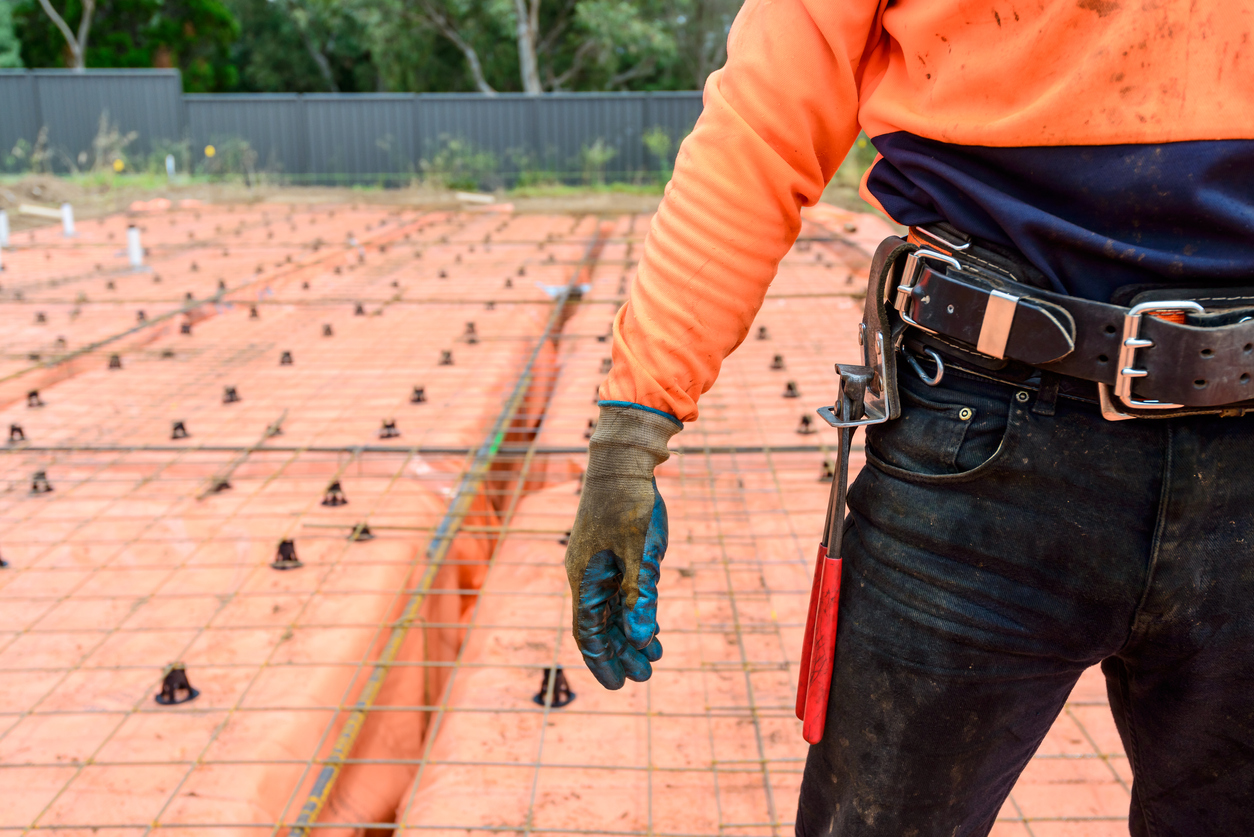 ▲ How the industry will deal with the labour shortage crisis remains to be seen.

The labour shortage is partly to blame for rising rates of insolvency in the construction industry, with a tough journey ahead, says Brad Walters, head of product and rating services at Equifax.

Mortgage arrears rates for sole traders in the construction industry are twice that of the average consumer, indicating that these business owners are dipping into their personal finances to keep their operations afloat in the face of major industry collapses, rising costs and ongoing supply chain issues, Equifax data shows.

During the first quarter of 2022, 270 construction companies filed for insolvency, which is up 21 per cent on last year.

Preliminary results for the first half of April show that construction insolvencies were 46 per cent higher year-on-year, which means the trend is continuing, Walters says.

“We know that 54 per cent of construction businesses are continuing to experience supply chain disruptions in April, which is up from 35 per cent last April. And one in five businesses are constrained and finding it tough to have enough employees to continue to service current operations,” he says.

Walters says we will continue to see challenges in the months ahead, and signs of stress among smaller operators, who tend to use their personal finance to support their businesses. 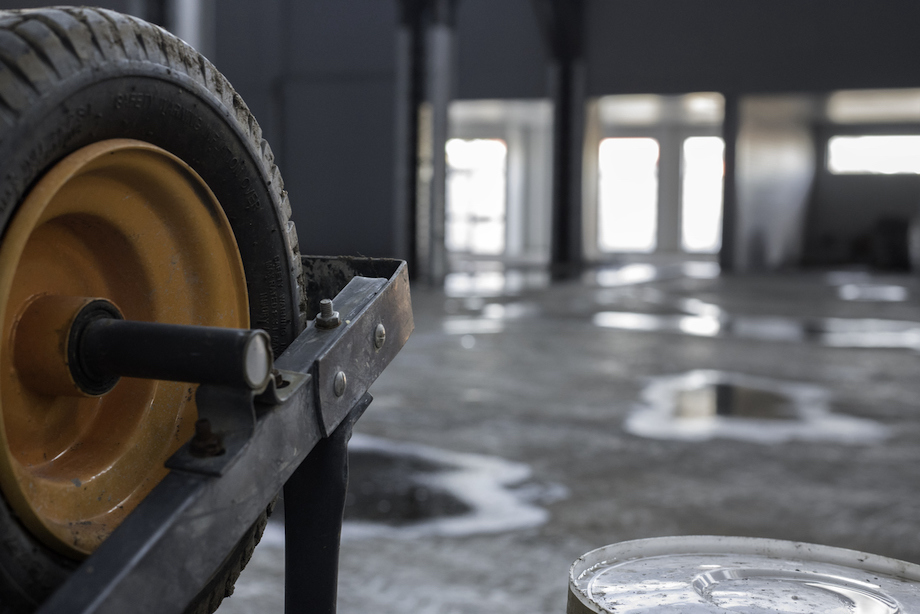 ▲ The crisis seems likely to spell the end for more firms.

“The reality is that the industry is continuing to grapple with the same challenges that we’ve seen in the past, and that’s causing ongoing delays to projects as a result of the continuing supply chain disruptions.”

Understandably, construction industry recruiters such as Gearóid Considine are in high demand. He’s spent the past six weeks on a desperate recruitment drive for four Australian construction firms in the hope he can attract international talent to Australia to fill jobs, and also lure diaspora back home.

The construction industry needs to build relationships for the long-term and have a full relocation strategy in place, Considine, of Brightside Consultants, says.

“You need to go where the talent is and make agency recruiters your best friend, as they have great networks and constantly talk, meet, advise and influence the talent in the market with integrity,” he says.

Hutchinson says the next year or two is not the time to be rolling the dice if you’re in construction.

“We should all just bed down for a while and work within our means, don’t take on too much work that requires a whole pile of new and untried people.

“Stay close to your business because difficult issues are going to be the order of the day and you need to be on your guard and be able to confront these types of issues regularly and proactively.”