Candalepas Associates will transform a second tower in the Hyde Park precinct after it was announced as the preferred architect for a $230-million, 55-storey luxury residential and commercial building.

Deciorp acquired the Polding Centre from the Catholic Archdiocese of Sydney last year for an undisclosed sum, with pre-approval for a 60-storey mixed-use tower on the site.

But the height of the building has been scaled back to 55 storeys with four levels of A-grade office space, retail on the ground floor and 168 luxury apartments above.

The Polding House development on the corner of Liverpool and Castlereagh streets in Hyde Park South is the architecture firm’s second appointment in the precinct.

Candalepas Associates tipped out the competition to win the design competition for the site, which will be delivered by construction and development firm Deicorp after approval from the City of Sydney Council. 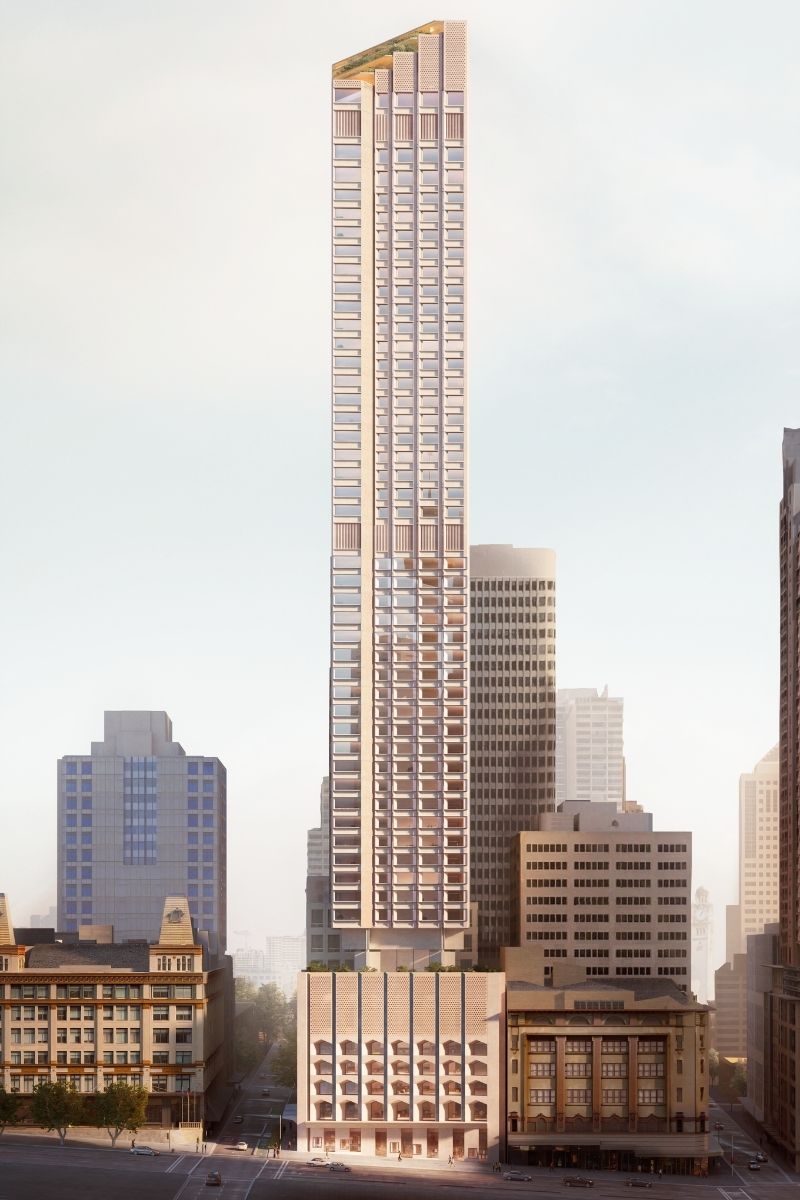 Deicorp founder and chairman Fouad Deiri said he was pleased Candelpas had been appointed to the project, which would add to the developer’s 3000-apartment Sydney pipeline.

“Deicorp has deliberately partnered with some of Sydney’s most recognised and capable architects in the past and we understand the value of working with truly talented designers,” Deiri said.

“We are delighted that on our signature project in the CBD, Angelo and his team will be helping deliver a stunning new building that will be a new landmark in the city.

“Our vision for this project will see Deicorp bring together the most creative minds and our most experienced builders to deliver a truly spectacular landmark that will be loved by all of Sydney.”

“I cannot imagine anything more beautiful than the delivery of a building which can demonstrate a deep affection for our sun and how it can relate to our body and its wellbeing,” Candalepas said.

“It is a building with dramatic foyers and an oasis garden for the residents. These two facilities link to provide a sense of wellness and nature in the centre of the city.”

A detailed development application is expected to be lodged with the City of Sydney in July.