With the dark clouds of inflation and a polling date looming, a federal budget to future-proof the economy has been handed down—albeit with a loosening of the purse strings to brighten the Coalition’s election chances.

Fiscally breaking bread for a fourth time, treasurer Josh Frydenberg has predictably served up a feel-good budget “for all Australians” that he promises will give “certainty in uncertain times”.

In announcing the headline numbers, he declared the government was delivering “the largest and fastest improvement to the budget bottom line in over 70 years”.

“By the end of the forward estimates, the budget is $100 billion better off compared to last year,” he said.

Cost-of-living pressure relief, a 50 per cent cut to the fuel excise to soothe pain at the petrol pump, and a leg up for first home buyers to keep the fading great Australian dream alive as housing affordability issues bite harder are the budget's household sweeteners.

But for the property development industry and overall economy, a big spend on improving and expanding the country’s infrastructure backbone is the key ingredient to drive future growth.

The allocation of a further $17.9 billion to the government’s 10-year infrastructure investment program across the country has increased its pipeline to a record $120 billion.

Notwithstanding prevailing industry doubts over capacity to deliver projects, it provides a confidence boost for the sector, which has been reeling from the recent collapse of major construction firms blindsided by pandemic-related supply chain issues, massive building material hikes, labour shortages and flooding.

Billion-dollar cash splash for the regions 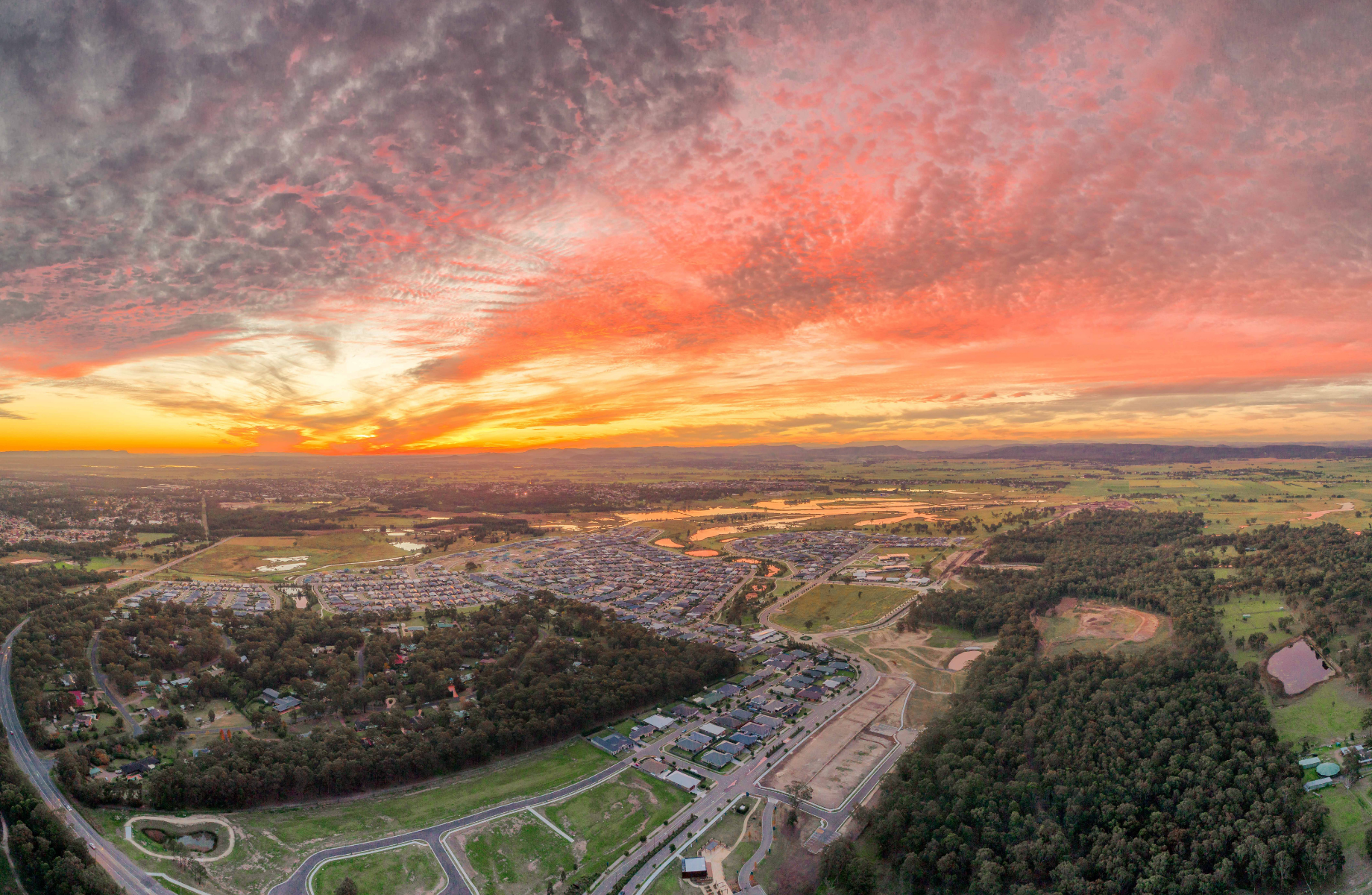 A $7.1-billion swag of the budget cash splash is being invested in transformative infrastructuire projects to diversify several key growth areas of regional Australia—including NSW's Hunter, WA's Pilbara, the Northern Territory and north and central Queensland.

It is part of an unprecedented fedreral government regional investment package.

And an additional $7.4 billion is to be invested in more dams and water projects to improve vital water security and expand irrigation.

"With the unemployment rate already at an equal 48-year low (4 per cent), the measures in this budget will create an additional 40,000 jobs across Australia, building on our world leading economic recovery.

“By enhancing transport connectivity, we’re strengthening our supply chains against challenges such as Covid-related disruptions and the impact of natural disasters.

“This gives businesses and consumers the confidence and certainty they need in uncertain times.”

Other commitments with flow-on effects to the property development sector include $2.8 billion over five years for apprenticeships and traineeships, and $86 million in support for Tasmania’s forestry industry.

The budget strategy signals a shift in fiscal priorities from supporting demand throughout the pandemic to boosting the supply side of the economy—driving jobs, productivity and accelerating growth.

The realignment comes off the back of Australia’s stronger than expected economic recovery.

“The time for large scale economy-wide emergency support is over. Fiscal settings need to be normalised,” Frydenberg said.

Government earnings also are getting a boost from the upside of higher than anticipated commodity prices—reflective of geopolitical developments, including the war in Ukraine—and a more resilient than expected iron ore price. 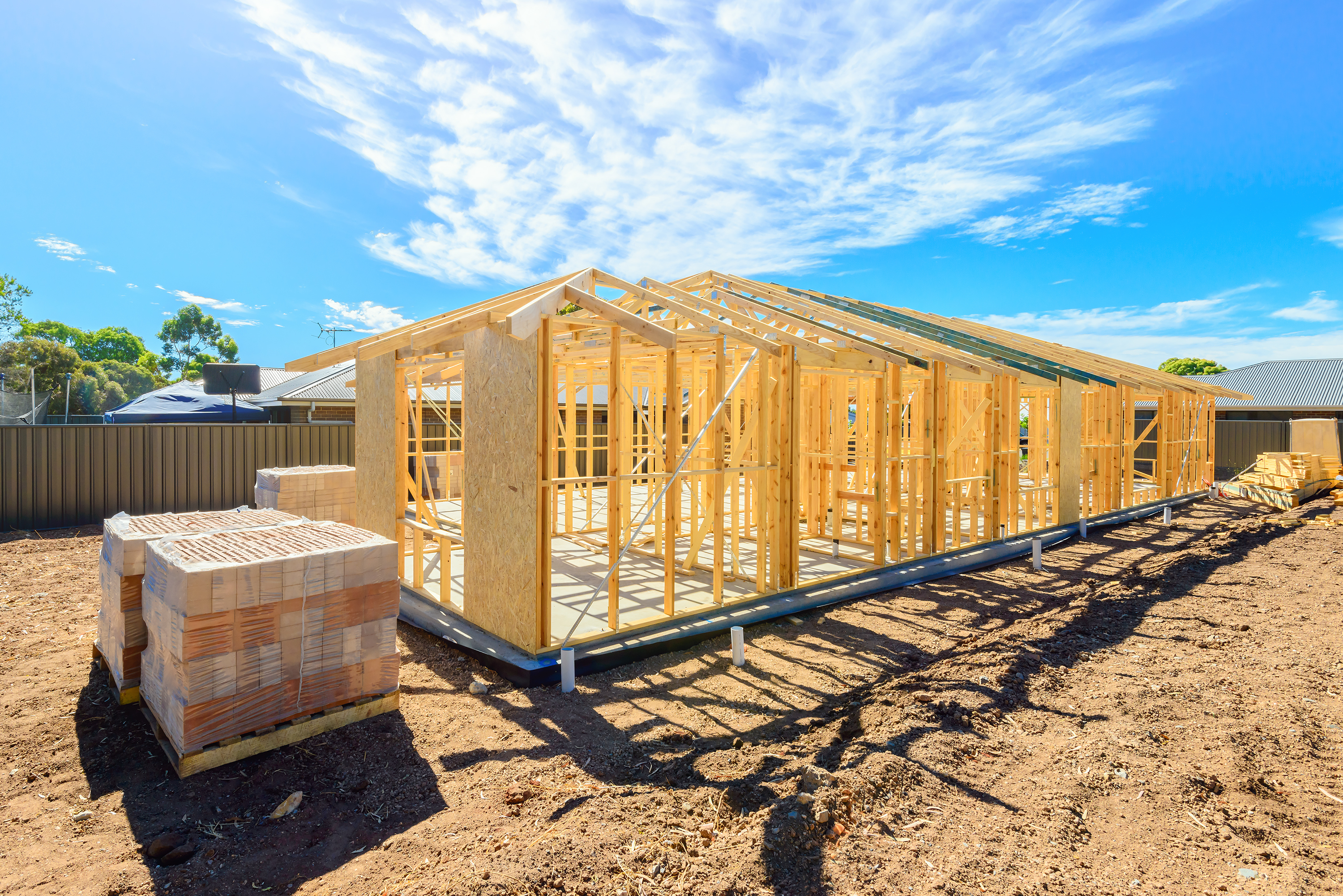 ▲ The expanded home guarantee scheme will make 35,000 guarantees—up from 10,000 to first home buyers.

Housing affordability is shaping up as a key election issue and in a bid to bridge the widening gap to enter the market the federal government is expanding its deposit guarantee scheme.

But while the doubling of its Home Guarantee Scheme to 50,000 places is aimed at making it easier for first home buyers to get into the property market there are concerns it will do little to stem affordability issues.

Significantly, the treasurer also announced an increase of $2 billion in the federal government's allocation to support social and affordable housing through the National Housing Finance and Investment Corporation, boosting its liability cap to $5.5 billion.

“Helping more Australians to own a home is part of our plan for a stronger future," Frydenberg said.

“This increase in NHFIC’s lending capacity is expected to support around 10,000 more affordable dwellings for vulnerable Australians.”

Urban Taskforce Australia chief executive Tom Forrest said the expansion of the first home buyer guarantee scheme was a positive and welcomed but it did not address housing supply and risked worsening the housing affordability issues.

“However, subsidies for purchasing a new home will not provide more housing supply. Worse, unless housing supply is addressed, this initiative risks increasing demand for new homes and pushing prices up further.”

“Australia’s economic recovery has been remarkable, and the budget confirms strong conditions are likely in the year ahead,” he said.

“However, it is clear that the budget results are contingent on a strong bounce back in population growth and there are risks that falling housing supply also becomes a looming drag on the economy.

“Net overseas migration is predicted to grow strongly next year, but this does not return to pre-pandemic levels for more than two years. If these migration targets are not achieved this will be a drag on the economy and the budget."

Morrison said the budget also highlighted the extent of the housing supply crisis in Australia, predicting a significant drop in dwelling investment levels, from 5 per cent growth this year into negative territory (-0.5 per cent) by 2023-24.

“While the HomeBuilder scheme saved jobs and delivered great benefits to households, the record pipeline of work it created will come to an end just as our population begins to recover, which will intensify the supply crunch we know is coming,” Mr Morrison said.

“Both HomeBuilder and the expanded Home Guarantee Scheme are welcome demand-side measures but cannot address the supply-side issues which increase the cost of new homes.

“The government’s own forecasts from the NHFIC predict that housing supply is set to drop by 35 per cent right at the time population growth would resume, leading to a national deficit of 163,400 homes by 2032."

“Saving money on a deposit will also provide these buyers with a much-needed economic tailwind, which will have a knock-on effect of extra cash in the economy,” Belford said.

“So we are looking forward to seeing continued growth following this budget announcement, as we remain active across the likes of Armstrong Creek, Gisborne and now south-east Queensland.” 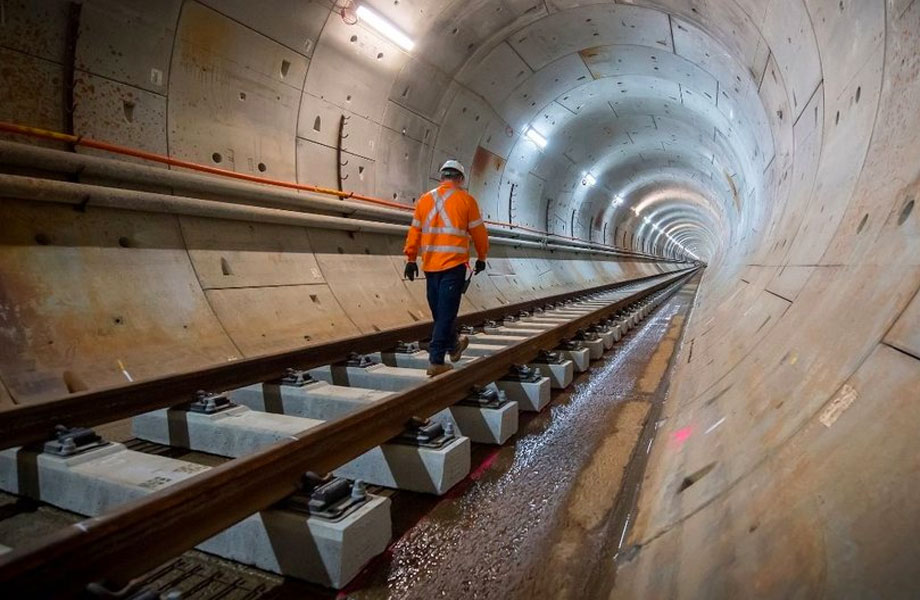 ▲ Close to $18bn of additional funding for road and rail projects was confirmed in budget papers as part of the $120bn, 10-year infrastructure investment pipeline.

This year’s budget ups the ante on infrastructure investment with a huge cash injection [$17.9 million] towards new and existing projects across the country, taking its 10-year pipeline to a record $120 billion.

The multi-billion-dollar spend on road and rail is a potential boon for property development, particularly in regional Australia, in coming years.

“Continuing to provide record future funding for road and rail projects is a key part of our economic plan for the long term to keep our economy strong,” Prime Minister Scott Morrison said.

“By investing in these projects, we are delivering the infrastructure that the Australian economy needs to grow.

“Our investment in these infrastructure projects will support tens of thousands of direct and indirect jobs across Australia over the construction life of these projects, providing certainty and security for businesses and communities across the country.” 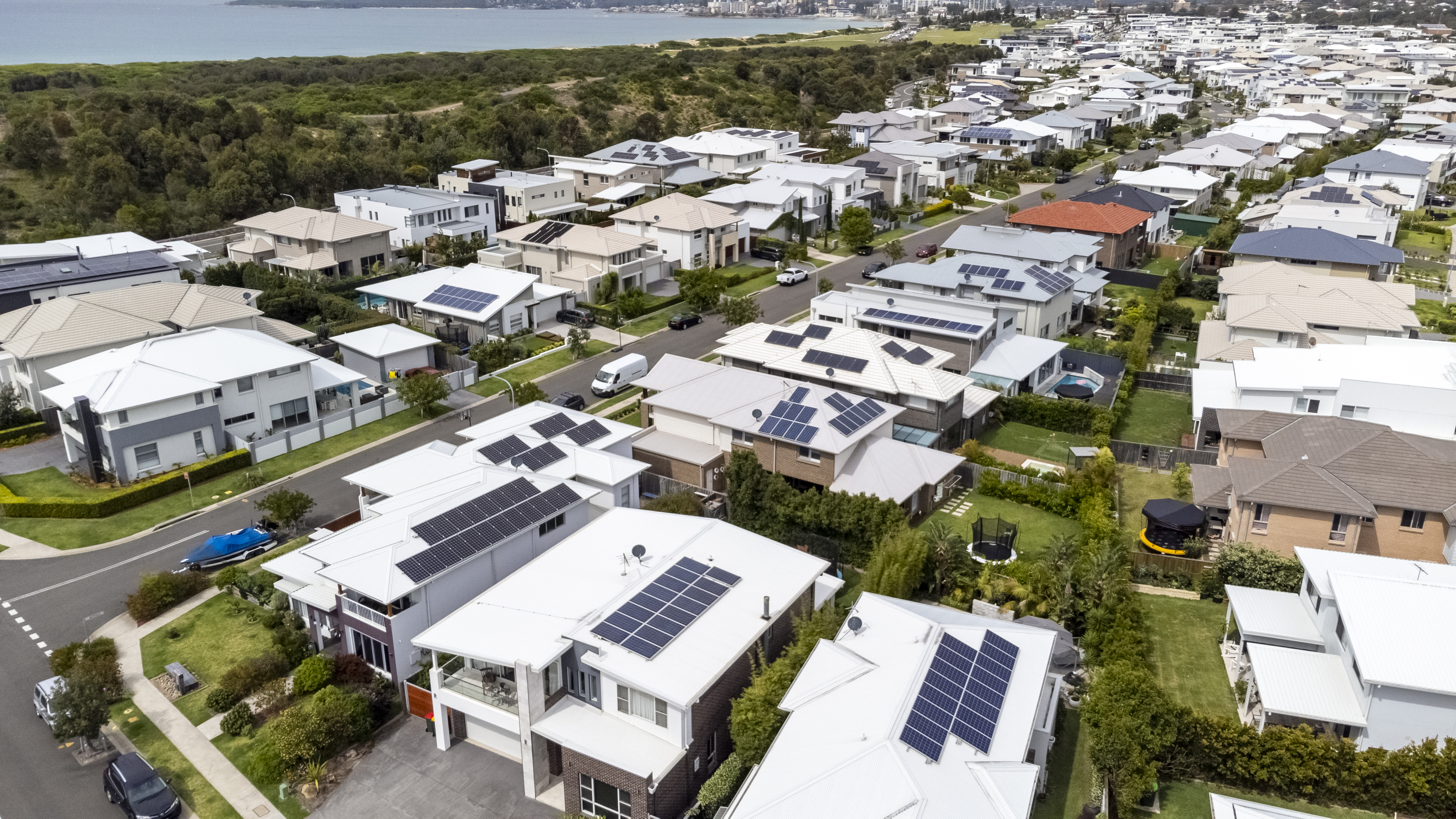 ▲ Budget papers outlined a commitment of more than $21bn for critical transport, water and communications infrastructure in the regions.

Australian Constructors Association chief executive Jon Davies said with a predicted 105,000-construction worker shortfall in less than 18 months, measures in the budget to improve skills and increase participation, particularly from women, were welcomed.

“While the budget acknowledges women’s workforce participation has reached the highest on record at 62.4 per cent, women account for just 12 per cent of the construction workforce so, essentially, the construction industry is missing out on employing half the working population,” he said.

“The construction industry has barely changed in 30 years and reforms aimed at improving productivity and innovation could slash billions off the cost of constructing the planned infrastructure pipeline and in the process help repair the budget bottom line.

"We are calling on the federal government to coordinate and incentivise reforms to state procurement and delivery processes in order to realise this opportunity.”

“This investment in roads and rail is absolutely vital to shaping the cities of the future and the necessary first step towards building communities and the enabling infrastructure necessary to combat the affordability crisis gripping parts of the country,” he said.

“Cities and towns can only flourish if people can access them and that means delivering housing with transport infrastructure where it is needed across the country in urban and regional areas.

“With an unchecked housing crisis caused by a thin housing supply pipeline, we need measures that release development ready land to the market or there simply won’t be enough housing to buy or build.”

In the lead-up to the budget, $5.4 billion was also committed to fund the controversial Hells Gate dam project in Queensland’s west and $667.8 million towards the $1.8 billion City Deal to prepare the state’s southeast  for the 2032 Olympics.

Additionally, the Perth City Deal has been bolstered with a further $49 million to help fund the construction of Edith Cowan University’s new inner-city campus and the Swan River bridge.

"Over the last three years Australians have been tested," Frydenberg said in his budget speech. "Drought, fire, floods. A global pandemic for which there was no playbook.

"Despite the challenges, our economic recovery is leading the world. This is not a time to change course. This is a time to stick to our plan ... a plan for a strong economy and a stronger future."