With Brisbane to host the 2032 Olympic Games, Queensland is accelerating “smart” and “green” infrastructure projects right across the coast from Coolangatta to Coolum.

So what practical steps is the state government taking to bring Brisbane closer to being a smart city while managing rapid growth? And what differences can city residents realistically expect to see for themselves?

Technology will also underpin a substantial city centre at Maroochydore. Here, a mid-rise precinct will be powered via a solar farm at nearby Valdora, and will include fibre-optic telecommunications cables. In what may be a first for Australia, a new system will sluice garbage from chutes through underground vacuum pipes. 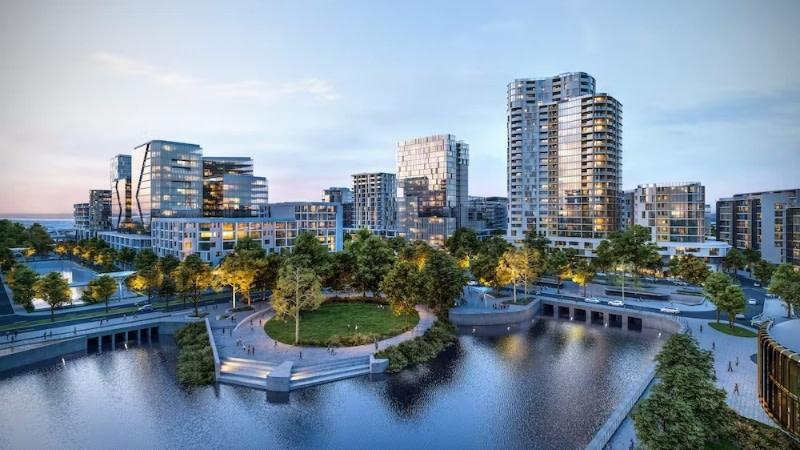 ▲ An artist’s impression of the new ‘data’ city centre being developed at Maroochydoore by Walker Corporation with the Sunshine Coast City Council.

All Games facilities must align with a set of 118 reforms the International Olympic Committee (IOC) calls its “New Norm” guidelines.

These were introduced in 2018 to improve energy efficiency, cost-effectiveness and long-term value from the huge development expenditure required of host governments.

There had been concerns about integrity and wastefulness in the IOC’s old-school supervision of Games bidding and delivery processes.

Brisbane’s Games win is accelerating and expanding some major public mobility programs offering “turn up and go” transport routes for the 4.4 million people expected to live in south-east Queensland by 2031.

▲ A prototype of the Wisk aerial taxi proposed to be flying passengers around South-East Queensland before the Brisbane Olympics.

The most provocative proposal—still speculative—is to introduce aerial taxis to fly passengers without pilots, but remotely supervised, between future “vertiports”.

Wisk (backed by Boeing) has completed more than 1600 test flights with six generations of aircraft. The Brisbane model has 12 lift fans on two 15-metre wings and is powered by a battery in the tail.

Delegates at a recent Smart Cities Council transport workshop I attended noted the potential of autonomous aerial vehicles to change patterns of housing development beyond road and rail links. Even so, Queensland is rapidly expanding its terrestrial network.

This project uses smart tunnel-boring machines to carve through the tuff (a type of volcanic rock, pronounced toof) that formed Brisbane’s geology more than 200 million years ago.

As well as supporting the new health, science and education precinct near Boggo Road, this rail extension will connect the city’s southern suburbs with the existing line north from Bowen Hills.

And work continues on extending the Brisbane-to-Gold Coast light railway (also known as the G:Link).

This extension will provide eight new stations along a 6.7km track from Broadbeach to Burleigh Heads. The G:Link service uses German Bombardier Flexity carriages that are bi-directional and air-conditioned, with low-level floors matching station platforms and storage for wheelchairs, bikes, prams and surfboards. These are electric-powered via 750V overhead cables.

More innovative is the Brisbane Metro project, which is being tested to potentially supply 60 electric buses (or “trackless trams”) to supplement the city’s existing fleet. These would be battery-powered by a combination of 600kW, six-minute, superfast “flash chargers” at end-of-line stations and 50kW, overnight, slow chargers at depots.

Each bus can be recharged up to 85 times faster than an electric car at home – but the flash system degrades batteries more than slow charging overnight. 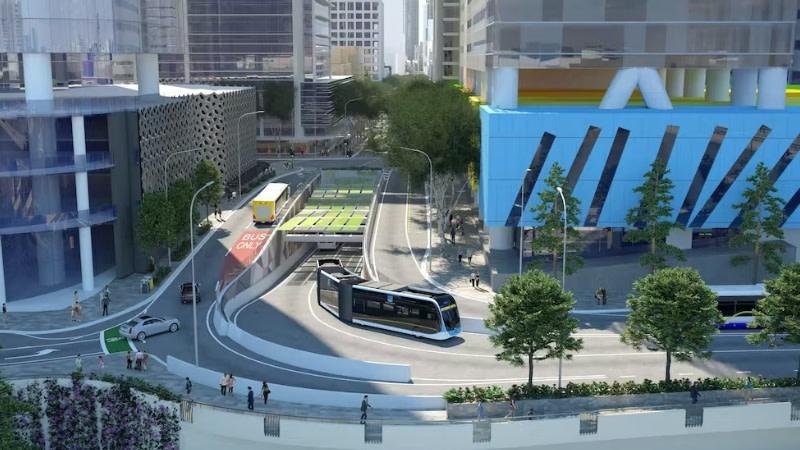 ▲ Artist impression of a Brisbane Metro electric bus emerging from a city tunnel, with an older bus on the ramp.

Although two of Brisbane’s four proposed “green bridges” for pedestrians and cyclists were paused to prioritise flood recovery, new crossings from the city to Kangaroo Point and Newstead to Albion are expected to open in 2024. 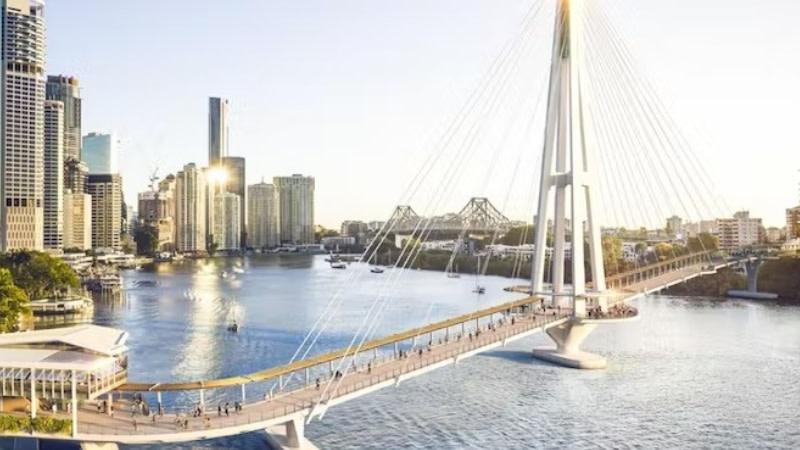 ▲ Artist impression of the green bridge between Kangaroo Point and Ann Street now under construction in Brisbane.

The Kangaroo Point green bridge will include a restaurant overlooking the botanic gardens. Newstead bridge will join the 1.2km-long Lores Bonney Riverwalk.

These are examples of a new phenomenon in public transport planning—to not merely move people between destinations but also boost their health and enjoyment outdoors.