[+] No Issue With Bricks, It’s the Tradies

While the national construction sector is struggling with constrained supply of timber and steel, there’s still plenty of bricks in the supply chain.

The problem is there are not enough bricklayers to lay them.

In fact, the sector is facing a dearth of labourers of all types—and the issue will only be exacerbated by the two-week halt to construction in Victoria announced last week.

Housing Industry Association chief economist Tim Reardon says there have been periodic building material shortages this year, with timber rather than bricks the big issue.

“That’s taken time to resolve and hopefully we’ll see an easing of timber shortages towards the end of this year,” he says.

“But bricks are made almost exclusively in Australia. We do import some bricks from overseas, which tend to be high-end, artistic-style products, and shortages are fairly common, even in a normal year.

“So any perceived shortage of bricks reflects more the impact of lockdowns on freight and trade, rather than a structural problem with supply of bricks.

“The construction sector is booming, but when I say that to brick suppliers they ask, ‘when’s it coming? We’ve increased our capacity and we’re making bricks in anticipation of rising demand, but we can’t see this in our operations’. So there’s ample capacity.

Brett Lavaring from The MJH Group, which operates brands across Australia including McDonald Jones Homes, Mojo Homes, Brighton Homes, Weeks Homes and Wilson Homes, confirms there is ample supply of bricks but “we are seeing some challenges securing a labour force to lay bricks across Queensland, NSW, South Australia and Tasmania.” 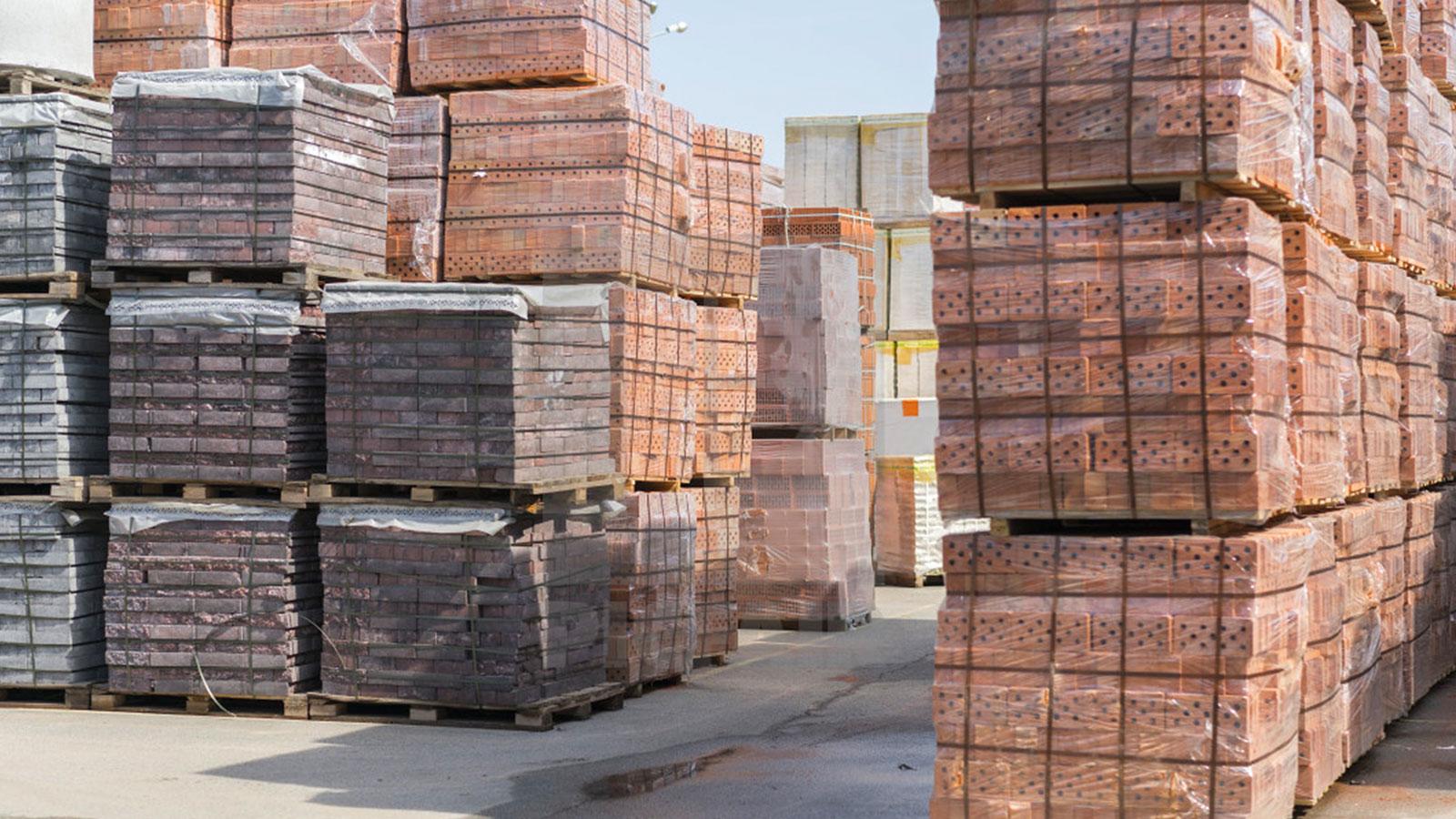 ▲ Bricks are stockpiling and manufacturers are slowing production as supply outpaces demand.

Reardon attributes the boom to a number of factors, including the federal government’s HomeBuilder grant, which has ended but projects from it are still working their way through the construction sector; as well as low interest rates.

He expects buoyant conditions to continue.

“They are also saving like they never have before. So there’s a large amount of pent-up demand for expenditure and when the economy opens, people will continue to invest in either renovations or new home construction.”

Brickworks’ managing director Lindsay Partridge agrees timber and steel shortages, rather than brick supply, is restricting the building sector. The business recently announced record underlying net profit after tax of $285 million, up a stunning 95 per cent on the previous year.

“Lockdowns in NSW and Victoria mean you're not getting the full number of trades onto site because workers cannot move from state to state, so that’s slowed things down.

“This is a real problem in Western Australia where the number of new houses being built has doubled in the past year, and to some extent in South Australia.”

Partridge says he was selling a million bricks a day to customers in NSW before the lockdown began on July 21.

“We could only do that for three weeks because our yards were full, so we had to take plants offline.

“We’re now supplying about 85 per cent of our usual daily sales and we’ve been able to bring some of that plant back online. So it’s a constant balancing act.”

State borders and lockdowns aside, the national border closure is creating a labour shortage in construction, which, Partridge says, will have flow-on effects to housing demand.

“There are no skilled workers coming into the country, which eventually will mean we won’t need to build as many houses.”

Recent building approval figures show this effect has already started. The total number of dwelling approvals fell 8.6 per cent in July, while the number of approvals for private sector houses fell by 5.8 per cent.

“While the speed at which new homes are being built peaked in April, there are more homes currently under construction than we’ve ever had before, by a large margin,” Reardon says. 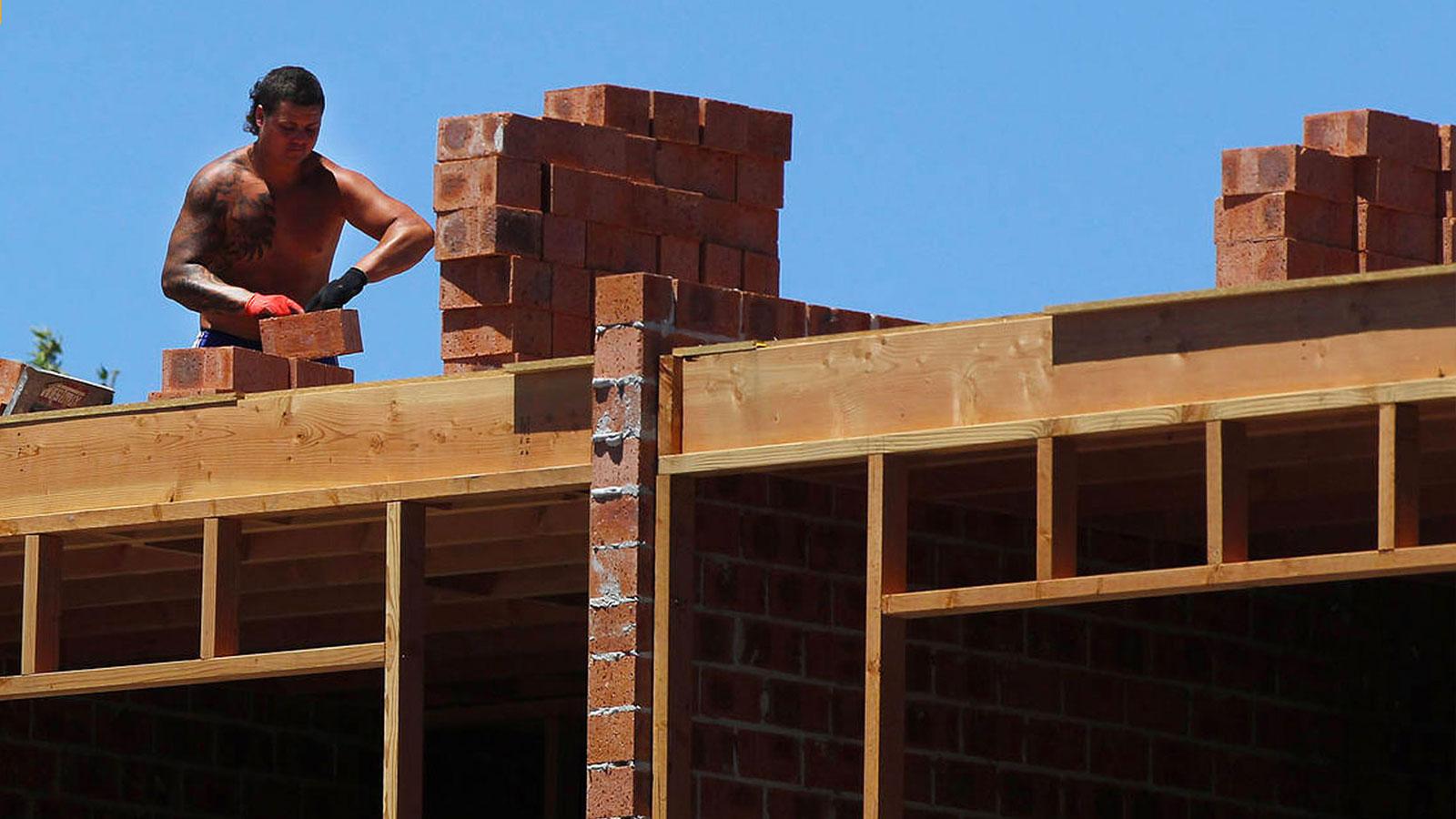 ▲ New dwelling approvals declined for a fourth consecutive month as the surge in detached housing, propelled by the HomeBuilder stimulus, continues to drop out of the system.

The head of advocacy and policy at the Recruitment, Consulting and Staffing Association Australia and New Zealand, Brooke Lord, says while lockdowns have created a labour shortage in construction, long-term, systemic problems are a contributing factor.

“Apprenticeship numbers have dwindled during the past six years, which is putting enormous pressure on talent in the construction sector.”

There were 266,565 apprentices and trainees completing their training in Australia as at June 30, down 3.9 per cent on June 2019 figures, according to the National Centre for Vocational Education Research.

Lord says enhanced Centrelink payments are another factor. While JobSeeker has ended, when it was available some people on lower salaries made a choice to accept payments through enhanced social welfare mechanisms rather than work.

While NSW and Victoria have mapped out some steps for re-opening post-lockdown, it’s not yet clear when construction activity will return to a more normal footing. Partridge isn’t expecting the economy to snap back when lockdowns end.

“We’re going to have rolling shutdowns and lockdowns for the next six months. Supply constraints of imported materials will also continue because shipping is in chaos. It will take us six to 12 months to emerge from this and pent-up demand is going to take a year or two to work through.”

Lord says labour shortages will continue to be challenging for the next two years.

“The labour market is under enormous stress. This won’t change until border restrictions ease, the national border opens and the flow of workers, holiday visa makers and overseas students come back.”

It may be a long two years for the construction sector.