It might only be the initial hoarding and very early branding concepts, but for Queenslanders the first plans for Queens Wharf signals the start of a new era. 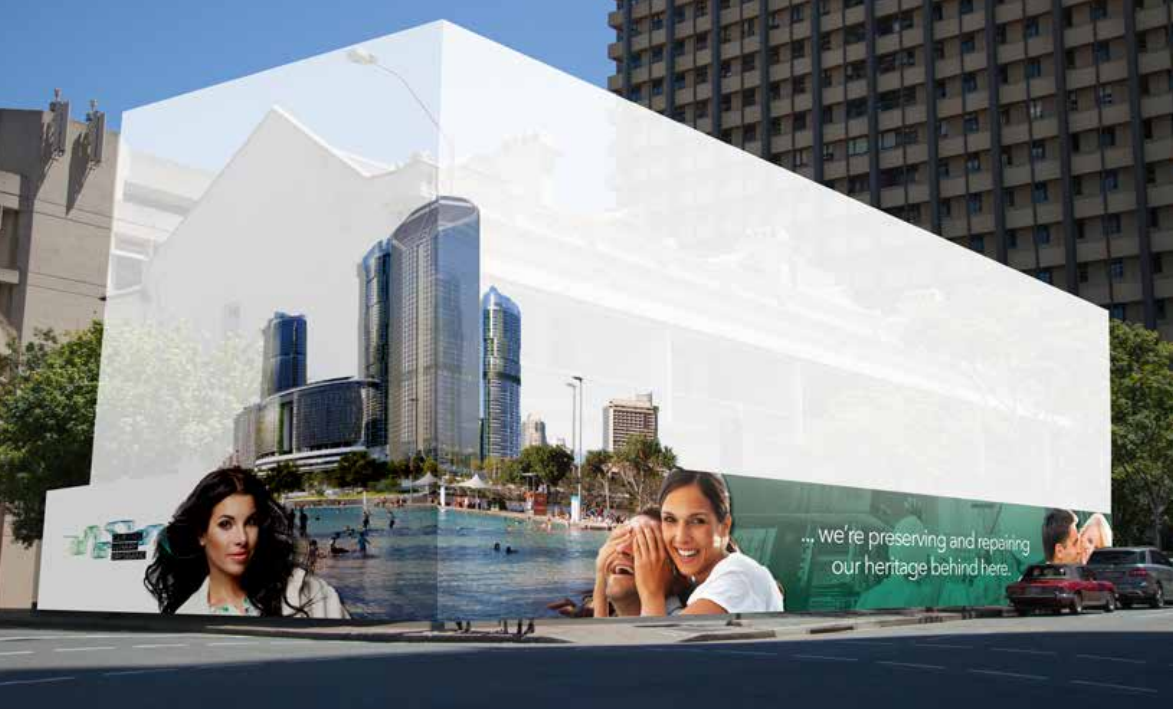 While the proposed works do not involve demolition of any heritage buildings or features, there is potential for heritage impact to occur if the process is not managed appropriately. Therefore, included in the plans is complex vibration monitoring strategies and extensive bracing concepts to prevent any damage to surrounding Heritage sites including archaeological deposits that underpin the early significance of Brisbane. 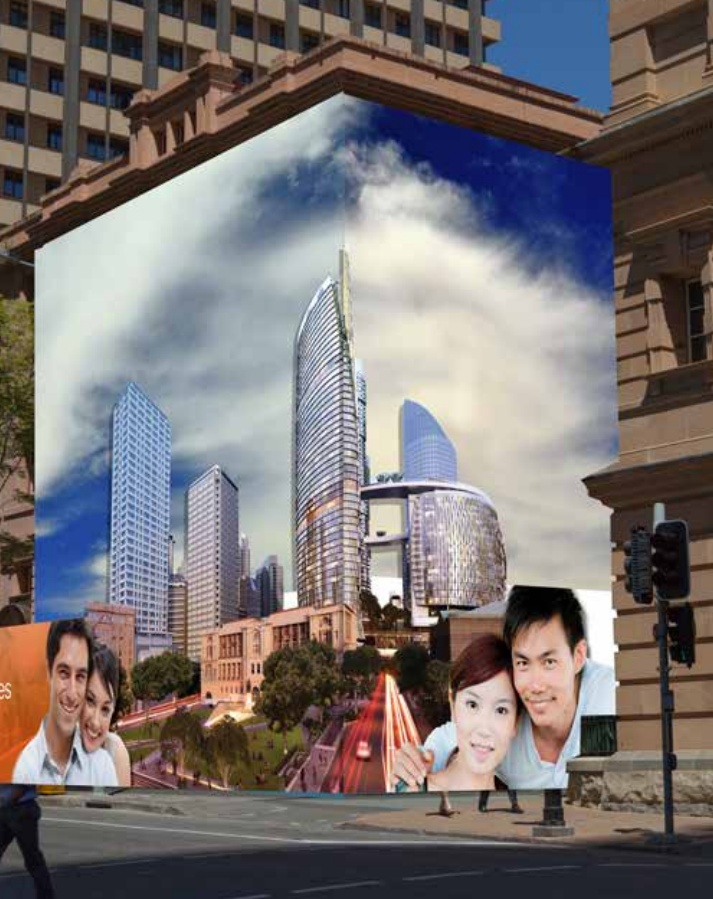 A "skeletal remains" procedure manual is also enclosed, as is standard for significant site demolition. 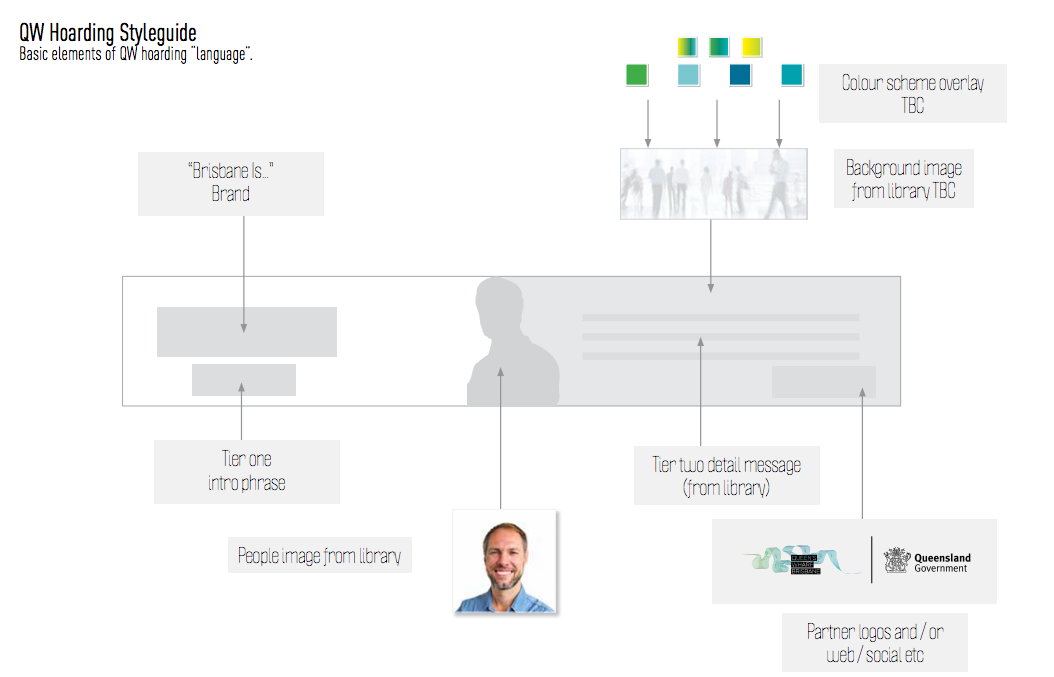 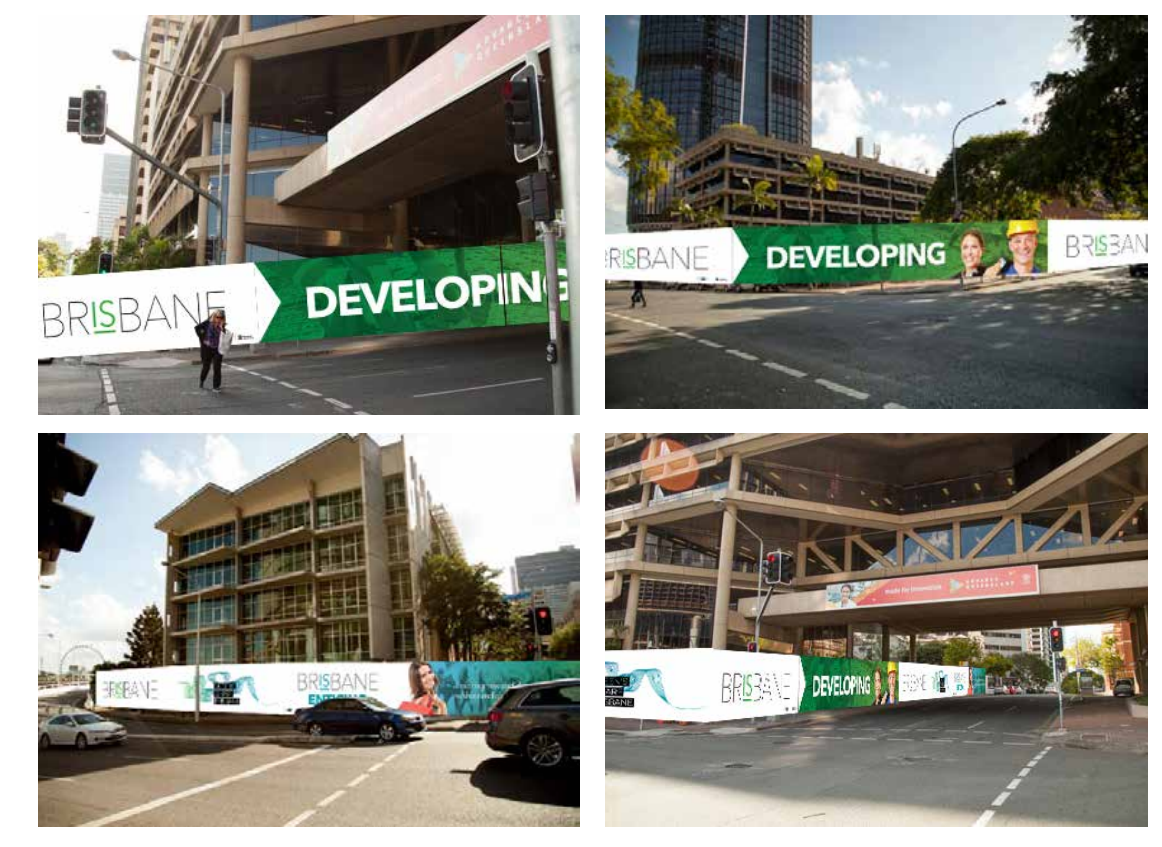 Queens Wharf hoarding conceptsThe key advertising features a "Brisbane Is..." concept that will feature multiple signboards with key attributes of the city with words inserted such as "developing" and "changing".
Demolition Plans

Neville Bonner Building
This building is sited between Queen’s Wharf Road, William Street and Margaret Street. William Street and Queen’s Wharf Road partially comprise the Early Streets of Brisbane archaeological place. The former DPI Building is adjacent to the building to the northwest. It is understood that large excavator plant will be used to demolish the Neville Bonner Building, commencing at the Queen’s Wharf Road frontage and moving towards William Street. The building will be demolished to footpath level to afford the continued support of the adjacent roads. It is confirmed that no demolition is proposed within the site of the adjacent former DPI Building as part of this work. 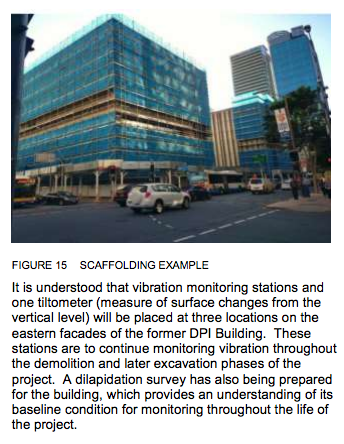 Proposed MitigationIt is understood that the demolition of the Neville Bonner Building will follow the proposed methodology in the Demolition Construction Management Plan including erection of perimeter encapsulation through the use of covered scaffolding to restrict the potential for loose ‘flyaway’ materials; and subsequent demolition of the building from roof down to street level. Providing the protective scaffolding is erected, it is considered that there is low potential for direct physical impacts to the building. 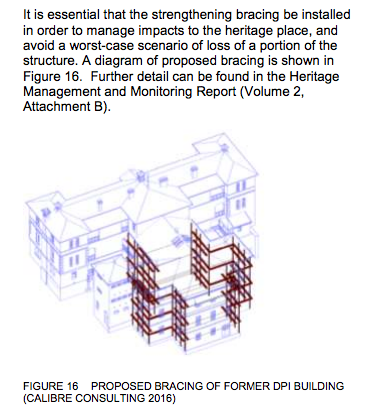 It is understood that the demolition of the Executive Annexe will follow the proposed methodology in the Demolition Construction Management Plan, including erection of perimeter encapsulation through the use of covered scaffolding to restrict the potential for loose ‘flyaway’ materials; and subsequent demolition of the building from roof down to street level.
Department of Public Works Building
The Department of Public Works Building comprises one large structure sited on two blocks of land (street address 80A and 80B George Street) and incorporating the use of an elevated section that extends over Margaret Street.

It is noted that 80B George Street will potentially be reused as site offices in the short-term, and is therefore not proposed for demolition under this current scope of works.
Bracing and Vibration Monitoring
It is understood that three vibration monitoring stations, one tiltometer, one piezometer, and one inclinometer will be placed at various locations at Harris Terrace to prevent cultural significance of Harris Terrace and the Mansions. All Heritage buildings surrounding demolition sites will be braced. 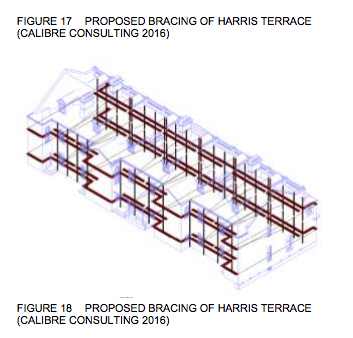 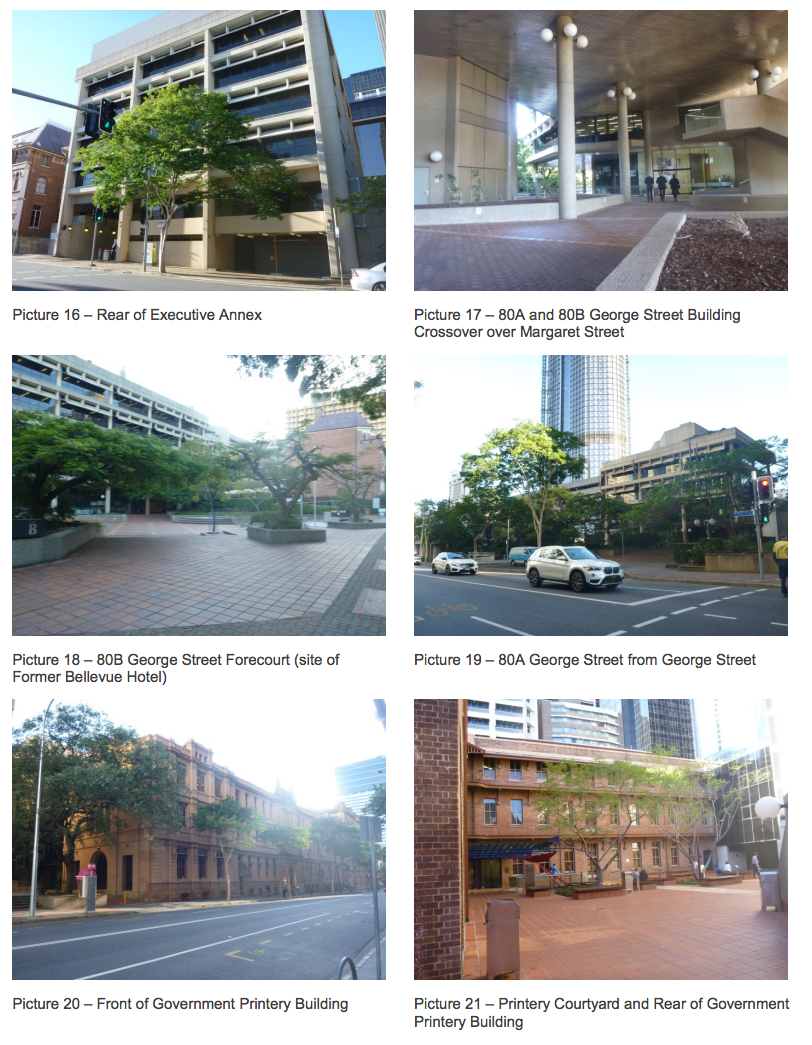 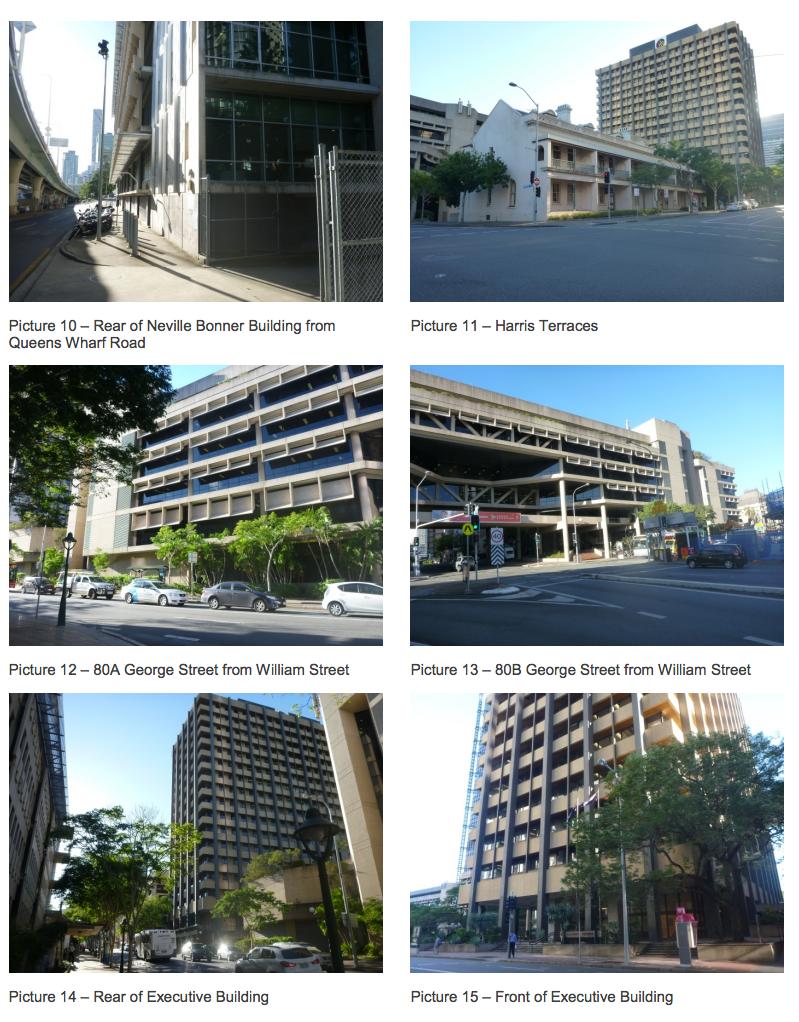 You've read 1 of 3
articles
Join 50,000 property professionals who receive our daily email briefing.
AUTHOR
Staff Writer
"TheUrbanDeveloper.com is committed to delivering the latest news, reviews, opinions and insights into the best of urban development from Australia and around the world. "
More articles by this author
ADVERTISEMENT
TOP STORIES
Property Development